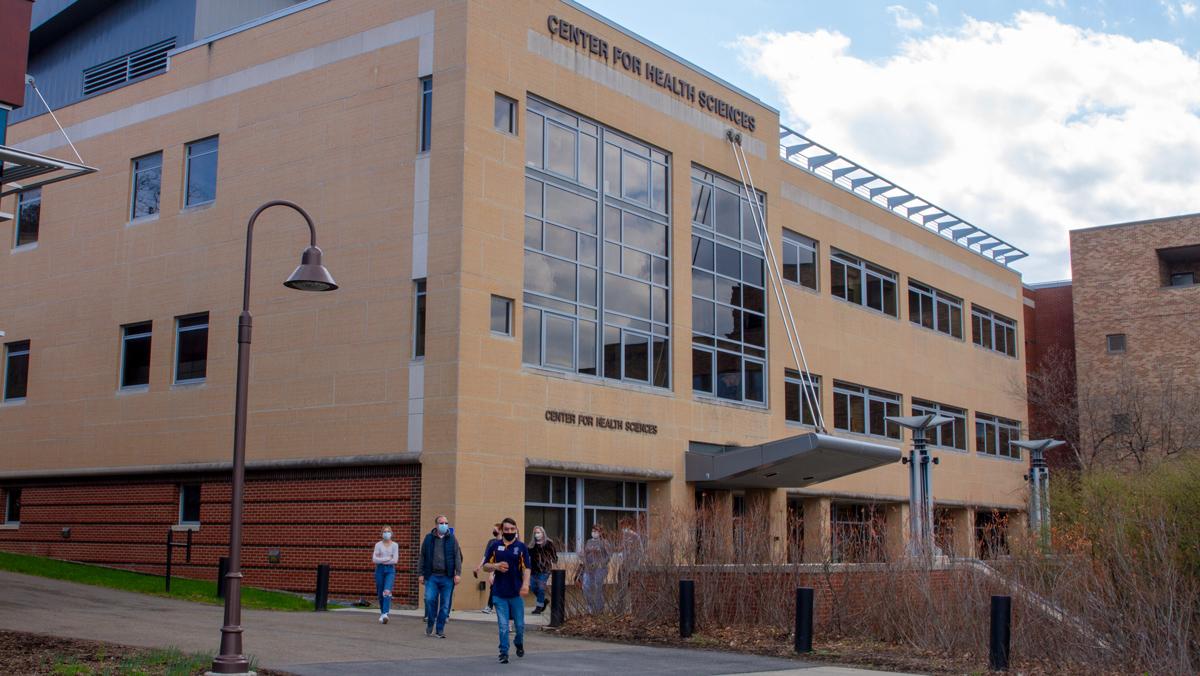 Mikayla Elwell/The Ithacan
According to the U.S. Bureau of Labor Statistics, employment of PAs is projected to grow by 31% from 2019 to 2029, which is faster than the average for all other occupations.
By Alexis Manore — News Editor
Published: April 15, 2021

Ithaca College has received approval to launch its Master of Science in physician assistant (PA) studies, which will admit students beginning in Fall 2021.

President Shirley M. Collado and La Jerne Cornish, provost and senior vice president for academic affairs, said in an April 13 announcement that the program has received provisional accreditation from the Accreditation Review Commission on Education for the Physician Assistant and the New York State Education Department. The program will be housed in the School of Health Sciences and Human Performance (HSHP). The 27-month program will admit 30 students in its first cohort in the fall. Admissions will close June 7. The program has been approved to admit 40 students in its second class and 50 in its third class.

A PA is a medical professional who collaborates with physicians to diagnose illnesses, manage treatment plans, prescribe medications and more. According to the U.S. Bureau of Labor Statistics, employment of PAs is projected to grow by 31% from 2019 to 2029, which is faster than the average for all other occupations.

Susan Salahshor, assistant professor and program director for the PA program, said that she and the staff of the program are excited for the program and that they have begun reviewing applications. Salahshor joined the college in late 2019.

“Every community assessment plan shows we need more health care providers to work in behavioral and mental health,” Salahshor said in a press release. “We wanted to do something where we’re building the future leaders in the PA profession.”

Carol Berlin, a local physician, will serve as the medical director of the program, acting as a liaison with the local medical community and helping to evaluate and teach PA courses. The program will work with community colleges offering degrees that include training in medical fields and with the New York BOCES New Visions program, which offers high school students a nontraditional senior year with opportunities to explore health and medical sciences-related careers.

“Ithaca Forever activates us to educate, engage and empower through theory, practice and performance,” Cornish and Collado said in the announcement. “The PA Program aligns tightly with this mission, doing so by identifying, actualizing and leveraging areas of growth and potential to enable this college to evolve in a bold and student-centered direction that embraces the promise of the future.”

The announcement was made in the midst of the Academic Program Prioritization process, which involves the elimination of five graduate programs at the college. This includes four Masters of Music programs in the Music School and the Image Text Master of Fine Arts in the Roy H. Park School of Communications.

“The fact that Ithaca College is doing this after getting rid of the Master programs in the music school does not sit right with me at all,” user @kearbeara said on Twitter.

“‘Program for fast–growing profession’ just means programs IC thinks will be most profitable,” user @KellieSwensen wrote on Twitter. “Even if it’s at expense of programs that are incredibly important in our current sociopolitical context. How does THAT ‘serve the public good’???”

The program will be housed downtown in the former Rothschild Building on the Ithaca Commons and will also use some of the facilities in the Center for Health Sciences, the Hill Center and Smiddy Hall on campus. The college received a $1,580,627 grant to help renovate facilities for the program. The new space will include a clinical learning center and a simulation center.

“The decision to locate the program downtown demonstrates our strong commitment to community engagement and to serving a public good in our region,” Cornish and Collado said in the statement.

They stated it is also more financially sustainable than repurposing on-campus facilities.

Sunny Days of Ithaca, a gift store located on the Commons, had to move locations as a result of the construction on the building that will house the PA program.

Deidre Kurzweil, owner of Sunny Days of Ithaca, said the program will be an amazing asset to the college and downtown Ithaca. However, she said she would have preferred more consideration from the college and her landlord throughout the construction process.

She said that at one point, the construction was so loud that it was impeding her business. She said she went into December 2020 20% ahead of where she expected to be and ended the month 20% behind. In the end, she decided to move her store further down the Commons.

“The program is great; I’m glad it’s being built,” Kurzweil said. “But we’re not protected by the terms of our lease. That’s the bottom line. It doesn’t really protect us from stuff like this.”