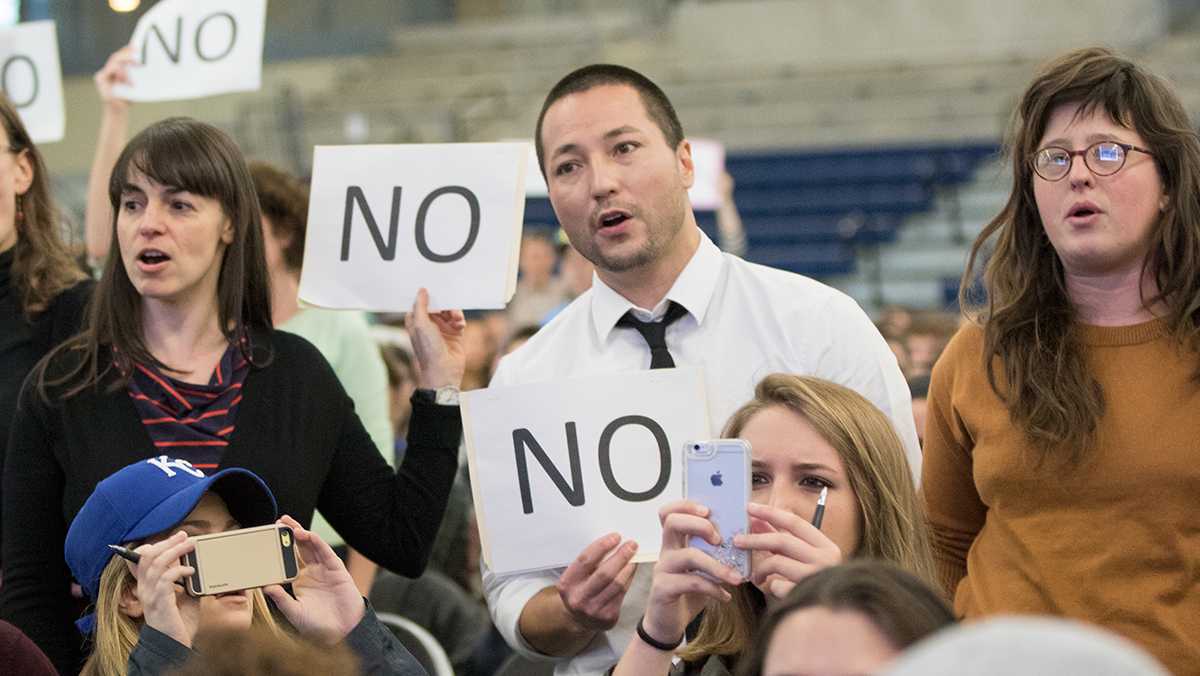 A majority of faculty members have voted no confidence in Ithaca College President Tom Rochon, according to the results from the Faculty Council no confidence vote that were released the morning of Dec. 14.

Three hundred sixteen faculty members — or 77.8 percent of the voters — said they had no confidence in Rochon.

This result comes after a semester of on-campus protests calling for Rochon’s resignation and a student no confidence vote that resulted in 71.75 percent of voters voting “no confidence,” with 3,756 students of the 6,907 students it was sent to responding to the poll.

Rochon and Tom Grape, chair of the Ithaca College Board of Trustees, issued responses shortly after the results were released. Rochon’s response reaffirmed his previously stated sentiments about remaining in his position at the college.

“The message that has come through to me in the form of the student and faculty votes has been a difficult one to hear, but I am listening,” Rochon said. “I understand that many people on our campus are frustrated with the pace of change and with my own role in effecting it. I remain determined to improve Ithaca College’s culture for the better, and that includes improving my own approach to collaborating with our faculty, staff, and students. l am committed to working with every faculty member, every staff member, and every student who desires to make Ithaca College a more welcoming and inclusive community. That is how I can best serve the college, and it will continue to be the focus of my efforts and attention.”

Grape said the full board of trustees would be briefed, and an update would be shared with the campus community early in the spring semester.

“As we outlined earlier this month, over the last couple of months we have actively engaged with students, faculty, staff, alums, and parents to gain as full an understanding as possible of our community’s perspectives about the best path forward for Ithaca College in light of recent events,” Grape said. “The votes of campus constituencies represent one way, along with the many interactions we’ve had on campus and by phone and email, for students and faculty to make their views known to us. We know that in many respects this discussion has been difficult, yet we also believe that it demonstrates our community’s strong dedication to building a better future for Ithaca College. As the discussion goes on, we ask that all of us in the IC community conduct it with respect for one another and with a commitment to the open exchange of different ideas and perspectives.”

At approximately 11:30 a.m., a group called Faculty@IC issued a press release that called for the immediate removal of Rochon. In the release, Nick Kowalczyk, associate professor in the Department of Writing, said he was grateful for the board of trustees’ efforts to listen to different perspectives of the campus community.

“We are gratified that the two top leaders of the Board of Trustees took time out of their own busy schedules to visit us and that they publicly declared their respect for the campus community, recognized and acknowledged the grievances they heard, and assured us of their thoughtful leadership after this vote,” Kowalczyk said in the release. “For the long-term health and viability of our college, it is clear the only way for the trustees to de-escalate the turmoil on our campus is to remove President Rochon, effective immediately.”

Asma Barlas, professor in the Department of Politics, was also quoted in the press release. Barlas said the Dec. 11 walk-out, in which Rochon was summoned to the stage at Free Speech Rock by members of People of Color at Ithaca College to hear their concerns and respond, was his “final unraveling.”

“The president’s behavior at Friday’s event was an excruciating public spectacle and the final unraveling of a moral authority that is unlikely to be rehabilitated by anything he does at this point,” Barlas said. “His so-called solutions to the current crisis have been too little, too late, and hence, hopelessly ineffectual.”

Steve Gordon, associate professor in the Department of Media Arts, Sciences and Studies, said the vote participation was surprising, and the results show there is a problem.

“I think it surprised most everyone that the participation and the result was so clear,” he said. “It’s clear that there’s a real problem, and the board is going to have to seriously consider what kind of action they need to take.”

William Tastle, professor in the Department of Management, said he was not surprised by the vote.

“Given the campus climate, it was what was expected,” he said.

Tastle said he thinks Rochon has been good for the School of Business.

“As far as the School of Business goes, this guy’s been good to us,” he said. “I had talked with quite a number of business students, and very few could really tell me what this was all about. I think as far as the student vote was it was more of a herd mentality than anything else.”

Michael Twomey, Dana professor in the Department of English, said he was pleasantly surprised at the high voter turnout.

“I’m astonished, surprised that almost all of the faculty voted,” Twomey said. “Just from talking with colleagues, I realized there was a lot of discontent, but I didn’t realize there was that much.”

Twomey said he would be surprised if the trustees did not call for Rochon’s resignation, but he didn’t expect the call would be immediate in lieu of a thorough search for a new president.

“I think there’s a really clear mandate from the students and faculty that President Rochon has to resign, but I really don’t think that the board will demand his immediate resignation,” Twomey said. “They want to have an orderly transition, so they’re going to have a search. They’re not going to do that in a hurry, and I don’t think they should do that in a hurry. That would be unwise.”

Gordon said he liked to see the unity between faculty and students, and immediate action needs to be taken.

“I’m hoping it sends a clear enough signal that we can make an adjustment,” Gordon said. “Whether that’s a president resigning or a major overhaul of our governance system — whatever it is — there’s a clear need for something to happen to go forward, and it needs to happen now.”