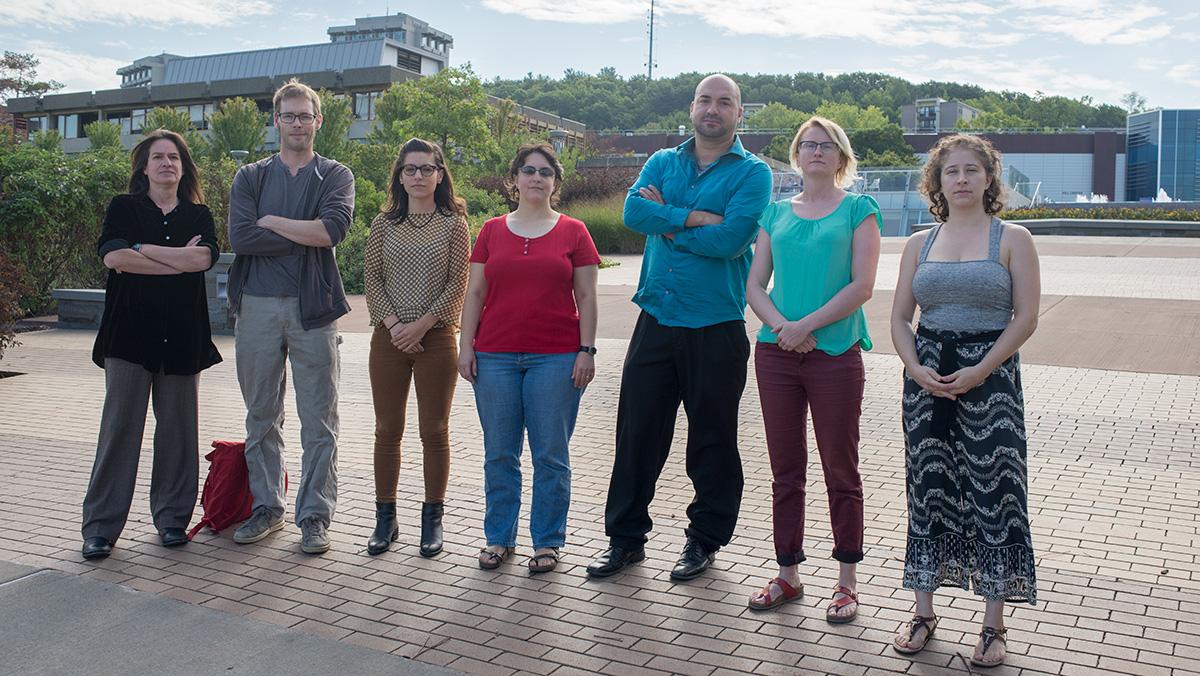 Fernando Ferraz/The Ithacan
Members of the Ithaca College part time–faculty union walked out of negotiations with the administration Sept. 23 after receiving what they said was a disappointing counterproposal on compensation.
By Grace Elletson — Assistant News Editor
Published: October 7, 2016

The part time–faculty union has announced it will not continue bargaining with the Ithaca College administration.

Since October 2015, the part time–faculty union has been negotiating with the administration to form a first-time contract. Since then, they have tentatively settled 16 proposals. However, two of the part-time faculty’s biggest issues are still on the table: job security and compensation.

This announcement comes after the part time–faculty union walked out of a negotiation session with the administration Sept. 23. Brody Burroughs, lecturer in Department of Art, said they walked out because they were not given a “legitimate” proposal on compensation, which he said the union has been waiting for since July.

“A federal mediator is going to compromise both sides toward the middle,” Burroughs said. “And I don’t think that compromise, at this point, would be a strong contract for part-time negotiators.”

The college stated in a separate press release that it finds the decision to halt negotiations to be “regrettable” and that the college would continue to bargain in good faith with the union. Nancy Pringle, senior vice president for the Division of Human and Legal Resources and general council, could not immediately be reached for comment.

Burroughs said the part time–faculty union will continue putting pressure on the administration. He said they plan to show a student film about the part-time faculty at the college at 7 p.m. Oct. 11 in Textor 101 to show the college community what issues it is facing.

Eventually, a strike could occur, Burroughs said. However, he said the union members will go back to negotiations once the college gives them a “legitimate” proposal to address issues of job security and compensation.

“I’m not saying we’re never going back to the table, but we haven’t been given a reason to show up,” Burroughs said.