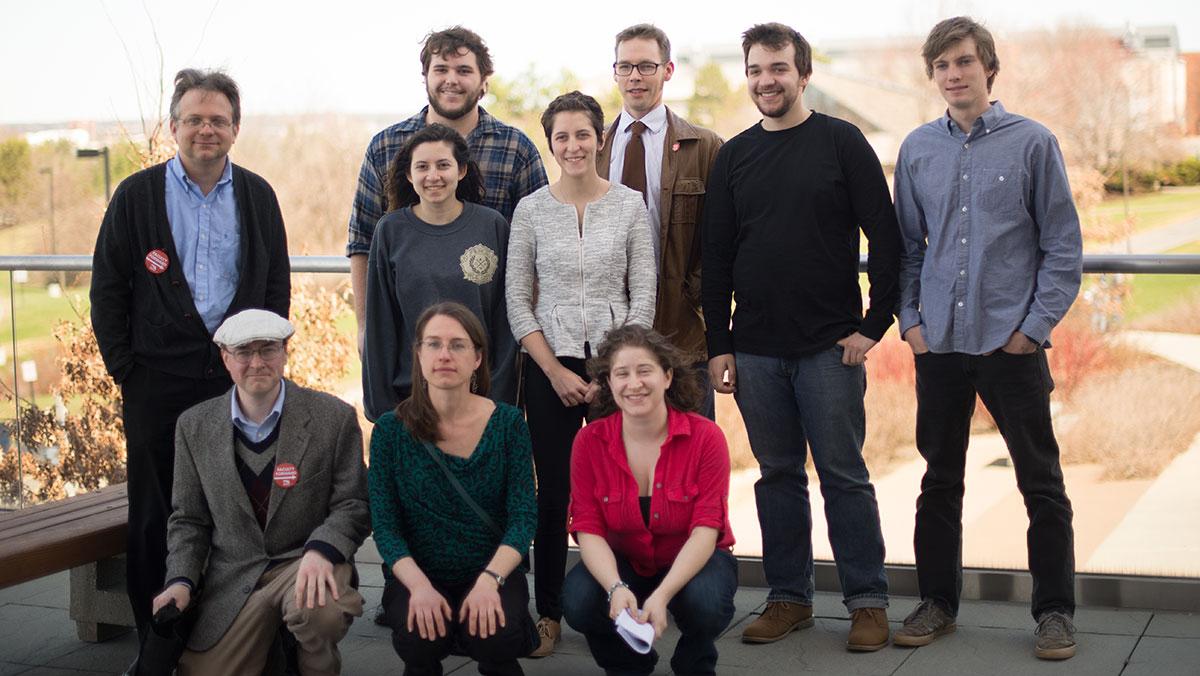 Part-time faculty are also asking for longer-term contracts — their current contracts are usually only renewed semester to semester. Brody Burroughs and Megan Graham, bargaining committee members and part-time faculty, said this is one of the most important parts of the proposal that will make the most change. However, Burroughs and Graham said, this is a major part of their proposal the college is pushing back on.

Rachel Kaufman, a member of the bargaining committee and lecturer in the Department of Writing, said in an earlier interview with The Ithacan that their proposal also asks that part-time faculty members have benefits; fair and transparent pathways to full-time employment; appropriate office space; fair, effective and transparent evaluation processes; a greater voice and inclusion at the college; and an expansion of professional development.

Graham, a lecturer in the Department of Writing, said the job security part of the proposal would help make part-time teaching a livable and more stable career.

“Right now, we have people in our membership who are single mothers, on welfare, on food stamps, barely making ends meet, who don’t know if they’re going to be hired next semester,” Graham said.

Nancy Pringle, senior vice president and general counsel for the Division of Human and Legal Resources, said the purpose of the semester-to-semester contracts is to maintain flexibility within departments.

“It’s based on enrollment, it’s based on demand, it’s based on who’s out on sabbatical, who’s out on leave. … It’s a lot of factors the deans and department chairs have to weigh when they’re making a determination as to how many part-time faculty they would need at any given point in time,” Pringle said.

However, Pringle said the college is not saying “no” to longer-term contracts. She said they will continue to bargain in good faith with the part-time faculty members until both sides are happy but declined to explain what that compromise would look like.

Graham said the part-time faculty have made some headway on small tentative agreements. Burroughs said they also agreed upon extending certain diversity requirements the college needs to meet in the hiring process to part-time faculty.

Pringle declined to comment on what the bargaining committees have tentatively agreed upon in their proposals because it could change as bargaining progresses. Pringle said she is disappointed in the way part-time faculty are giving details to the campus community about what’s happening in negotiation sessions and that she doesn’t want to “bargain through the media.”

“The best way to approach negotiations is to negotiate within the four walls of bargaining process,” Pringle said. “And my experience with negotiation is that when you do that, you do reach a place that everybody can live with.”

It is unclear when bargaining will end. Pringle said the college is offering to meet more frequently with part-time faculty to hopefully speed the process along and finish at the end of the school year. However, part-time faculty have been speaking to the campus community, including at the March 1 Faculty Council meeting and the March 8 Campus Celebration & Community Conversation event, where they have asked for public support to pressure the college to meet their demands.

“We’re happy to have made that progress,” Graham said, “But on these big issues that mean a lot — job security, longer–term contracts — we’re not seeing that progress, and that’s why we’re going to the community as our next step.”