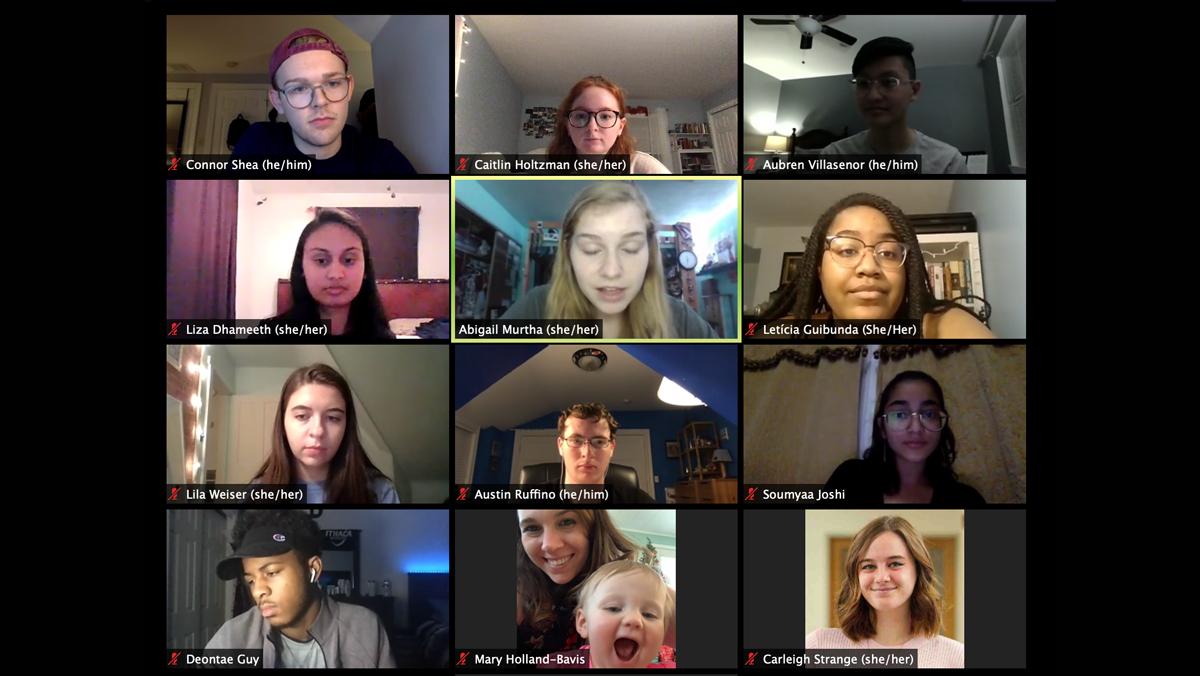 Courtesy of Student Governance Council
Currently, there are 13 seats available in the Senate, and the position of vice president of communications is available on the SGC Executive Board.
By Caitlin Holtzman — Assistant News Editor
Published: September 27, 2020

Two candidates discussed their goals for the position of Class of 2024 senator at the Ithaca College Student Governance Council Platform Presentation on Sept. 24.

Freshmen Liza Dhameeth and Aubren Villasenor are running uncontested for the two Class of 2024 senator seats. Senior Grace Cannon is running for varsity athlete senator but was not present at the meeting. Currently, there are 13 seats available in the Senate, and the position of vice president of communications is available on the SGC Executive Board.

At the presentation, Dhameeth said that she is running for senator because she wants to implement changes at the college that have a national impact.

“I want to enact the change that I’ve always wanted to see, starting from Ithaca College, and in the future as a federal judge,” she said. “I want to aid in making Ithaca College a model to other colleges within the United States and internationally in all aspects but mainly in reducing our carbon footprint, providing a safe environment for and aiding in the growth of people of color and increasing Ithaca College’s student voter turnout.”

Senior SGC President Connor Shea asked Dhameeth how students can care about environmental issues when the semester is remote. Dhameeth, who grew up in Ithaca, said it is important to be global citizens and care about the Earth regardless of where students are.

“I think, remotely, doing our part individually is important because while we do have to protect the Earth, we also have to protect each other in order to guarantee a sustainable future,” she said.

Villasenor said that one of his main goals is to improve communication between the administration and students.

“Any communication has been vague at best and a waste of time at worst,” he said.

Villasenor said he hopes to introduce a bill that would require the administration to give weekly or biweekly updates on the college’s COVID-19 status and any new policies regarding the COVID-19 pandemic. He said he also wants to focus on banning professors from requiring students to have their cameras on during Zoom class because he thinks it can be uncomfortable for some students.

He said that he thinks cameras should only be required to be on during active learning and discussions where participation is essential.