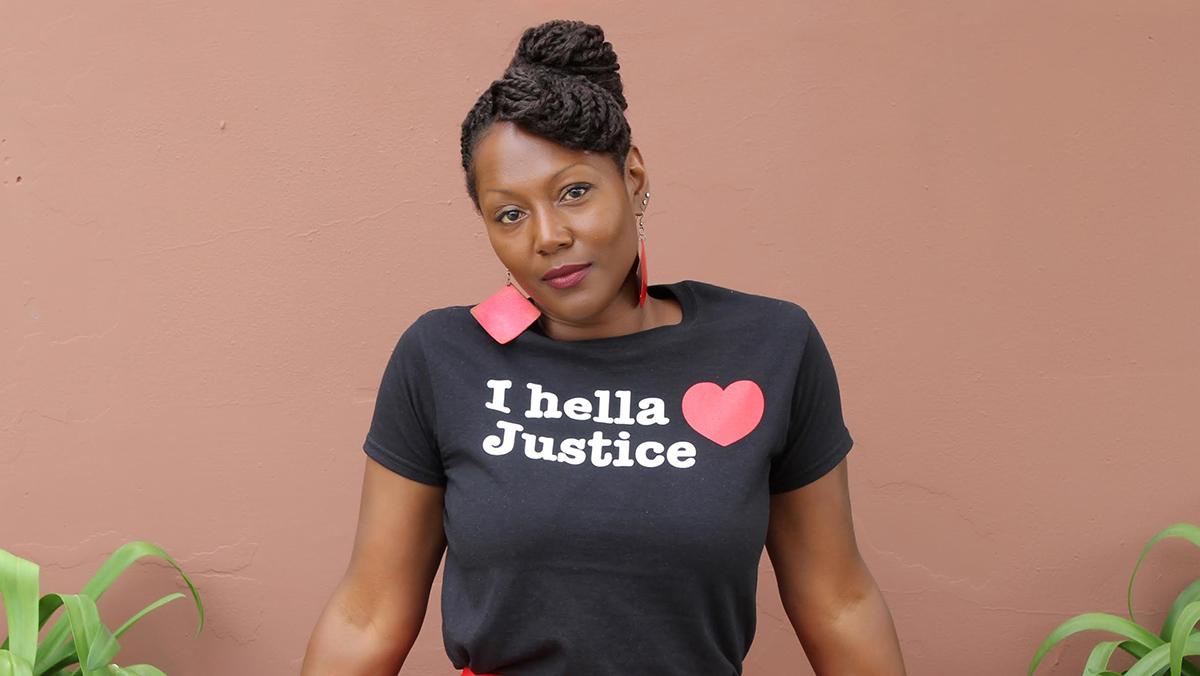 Monique W. Morris, an author, educator and social justice scholar, is scheduled to speak at Ithaca College Nov. 15 about race and education reform.

Morris is coming to campus as part of the Center for the Study of Culture, Race and Ethnicity’s “Imminent Generation” series. The series explores formative experiences and problems that the generation following the millennials will likely face, according to the CSCRE website. Morris will present her speech, “Toward a Liberative Construction of Safety and Healing in Schools:  Responding to the School Pushout of Black Girls,” at 6 p.m. in Klingenstein Lounge.

Staff Writer Meaghan McElroy spoke to Morris about her work with race, social justice and issues Morris thinks will be important for the upcoming generation to confront.

This article has been edited for clarity and length.

Meaghan McElroy: What first sparked your interest in social justice and activism?

Monique W. Morris: I don’t know if there was ever a time in my life where I was not somehow engaged in … social justice and activism. I grew up in the Bay Area in the 1970s, so there was really a popular consciousness of engagement at the time. Many of the people around me … were very active in articulating some of our nation’s greatest social ills and disparities, so I just grew up with the expectation and deep commitment to trying to have a better understanding of how we might improve the quality of our democracy.

MM: Could you discuss your career in social justice?

MWM: In 2014, I cofounded the National Black Women’s Justice Institute as a way to house several of my interests in one place. The work that we do at the NBWJI is ultimately about producing a space where black women … and their families are in a space where we can do three things to address racial and gender disparities that plague our administration of justice. We work to interrupt school-to-confinement pathways, we … try to address the barriers to employment for formerly incarcerated women, and we do a fair amount of work nationally on increasing the capacity of the organizations that are working to address gender-based violence in African American and African diaspora communities in the U.S.

MM: Your talk on campus on Nov. 15 is titled “Toward a Liberative Construction of Safety and Healing in Schools: Responding to the School Pushout of Black Girls.” Can you explain what you’ll be delving into in your presentation on this topic?

MWM: Ultimately what I want to do is talk about what it means to construct a gender–responsive, culturally competent learning environment for girls who experience the greatest level of school discipline nationwide and who are continuously — and have been for generations — plagued by deeply rooted stereotypes that misinform the various responses to them. … The opposite of liberation is oppression, so what I want to do is outline what is currently taking place that is oppressive to the learning and spirit of black girls.

MM: Why do you think that speaking about social justice, specifically for black women, is important?

MWM: Black girls have always been at the center of this nation’s articulation of democracy. … Yet, there’s been an erasure of both that historical presence and how they are uniquely impacted in today’s society by policies and practices that produce negative outcomes for young people. … It’s important for us to include … black girls in order for us to develop responses that are functionally inclusive and that can also function to respond to the needs of kids that aren’t as impacted by these disparities, but could benefit from a more robust and more inclusive form of education.

MM: What do you think are defining events for the postmillennial generation?

MWM: Definitely this election. … I think there’s a lot that’s been instructive … that will live with all of us for a very long time, but articulations about gender, about race, the erasure of certain experiences in the context of the public candidate-level discussion, will live in the consciousness of this upcoming generation for a very long time.

MM: On a slightly different topic … protests broke out last year on Ithaca College’s campus over criticism that the administration did not put an emphasis on inclusivity and diversity. Since then, many initiatives have been put in place to correct the issues, but as a proponent for racial justice, do you have any advice for students about how to address these problems?

MWM: Well, without knowing the details of these problems, I would probably just offer that the most constructive thing that an institution could do … is to think about the participatory processes that allow for the sharing of truth to be acknowledged and honored in a collective way. … When thinking about developing these processes, it’s important to develop an intersectional lens so that each person is not called upon only to speak upon one unique identity … and to really think about how our identities come together to inform our relationships with institutions.