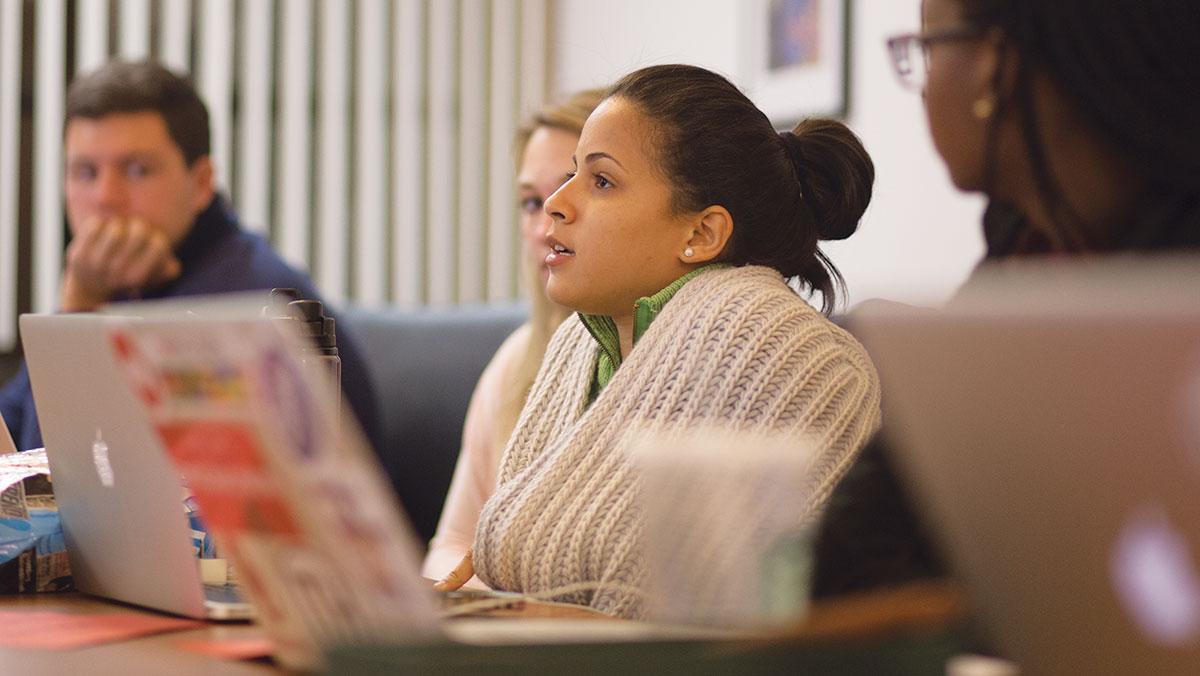 The Student Government Association’s vice president of business and finance has resigned.

Junior Sandra Rojas said she was stepping down from her position Oct. 23 because her official responsibilities were undermined on several occasions.

Rojas announced her resignation through a Facebook post to the Class of 2016, 2017 and 2018 pages, in which she said her colleagues have not been valuing her opinions during her time in office, and she does not feel the SGA prioritizes student organizations over its own politics.

SGA President Crystal Kayiza said she first heard about the resignation when she saw the Facebook post and an email Rojas had written to the executive board. She said Rojas gave no prior notice, nor had she spoken with the rest of the executive board before resigning.

“First, I was really shocked that she hadn’t given me a heads-up,” Kayiza said. “I know everyone on the executive board is stressed, but I didn’t sense any tension regarding her position.”

“[This situation] caused internal issue within the structure of the e-board because people were butting into each other’s positions,” Rojas said.

However, Kayiza said the executive board does not have the authority to allocate funds, and the Appropriations Committee was responsible for deciding to give funds to the organization.

Kayiza said the organization requested about $100, and according to the Student Handbook, if funding was less than about $200, the student organization did not need to show up to the meeting.

She said the appropriations committee had to make an immediate decision on the funding because the event was happening the next day.

“[The student organization’s] event was serving a couple hundred people, and if the funding was canceled, it wouldn’t have allowed this community of people to meet, and they had been planning this event for months,” she said.

Kyle James, the SGA’s vice president of communications, said Rojas’ statement about disrespect was a surprise, given how the board members had developed trust by dealing with stressful challenges in the past and regularly checked on each other’s emotional health.

“It was clear from the very beginning that this was going to be an environment where a lot of hard discussions are happening, but we’re all friends,” James said. “And we check on each other, too. … I always made it a point whenever I was in the [Student Activities Center] with Sandra when we had … office hours, I would ask her how she was doing.”

Following Rojas’ resignation, the budget hearing and funding process was put on hold and is still behind schedule, which forces student organizations to wait for funding, Kayiza said.

“Our main concern is students, and not having a vice president of business and finance infringes on the rights of students having programming on campus,” she said. “We consider ourselves to be equal to the student organizations we allocate funds to. … No one should have to ask us for anything. We’re there to serve students.”

To fill the gap, the SGA needed an interim immediately to continue hearing student organizations’ budgets and allocating funds, Kayiza said. Senior Brandon Xing was officially sworn into the position of interim vice president of business and finance at the Oct. 27 SGA meeting.

Xing, who ran against the current executive board last spring, will remain in the interim position until Nov. 3 when the SGA Senate will vote on a new, permanent vice president of business and finance, Kayiza said.

Xing, a business administration major with a finance concentration, was the first person who came to her mind because he served on the appropriations committee for three years and was the senator for the School of Business last year, Kayiza said.

“Brandon actually got in touch with me just to check in if there was any way that he could help,” she said. “He’s coming into it knowing how tangled it is.”

Along with managing the financial challenges facing the SGA, Xing will have to make sure relations between SGA and the organizations they serve remain cooperative, he said.

“[Rojas’] quick resignation left little room for a formal transition, which means at this point it’s more about picking up the pieces the way she saw them and then having to fit that into my way of doing things,” Xing said. “I understand that student orgs might feel like they’re being shafted just because things seem like they’re falling apart rather quickly.”

Kayiza said she hopes the SGA’s relations with student organizations return to a professional and cooperative atmosphere.

James said he hopes lines of communication between Rojas and the executive board remain open.

“She’s not just a member of our board — she’s a friend,” James said. “And as a friend, we definitely wish her the best and really hope she reaches out to us and for us to still be friends with her.”

This article has been updated to reflect the following corrections: The original post said Rojas had declined to comment on not giving prior notice before resigning, but she said she emailed the executive board before publicly announcing her resignation. The post also said Rojas felt undermined when the SGA Appropriations Committee allocated funds to a student organization without her knowledge, but she said the executive board allocated the funds.