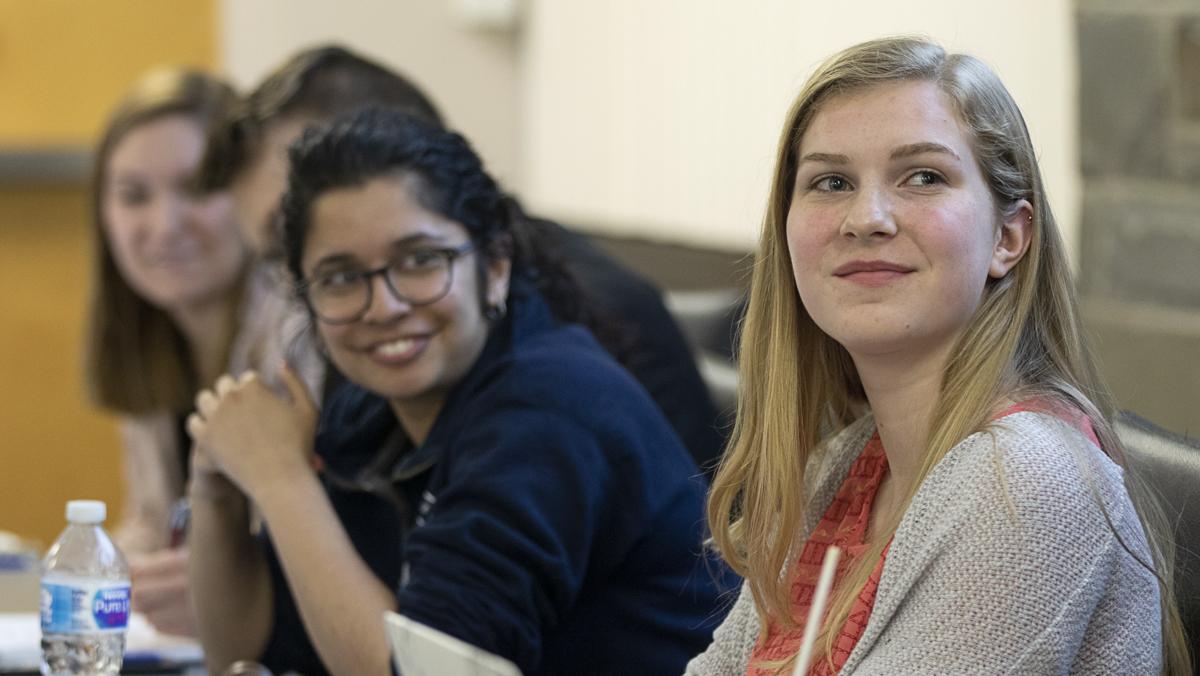 The Ithaca College Student Governance Council elected a senate chair for the 2019–20 academic year and received updates on the strategic plan during its April 29 meeting.

Murtha said junior SGC President Farwa Shakeel has candidates in mind for the position of senator for the School of Health Sciences and Human Performance but plans to advertise for the position and others during the organization fair in Fall 2019.

Murtha ran on three tenets: organization, preparedness and communication. She said she plans to send out the weekly agendas and meeting minutes in a timely manner to ensure everyone in the senate knows what is happening at all times.

Murtha said she wants to increase communication and organization by publishing the past bills the SGC has passed and other documents online.

“This ties in with organization, but also increasing accessibility to materials,” Murtha said. “This means completing the online database for bills and the SGC documents that are just floating around right now.”

She said she wants to keep a close relationship with all of the senators through one-on-one meetings and regular senator reports in which the senators share what they are working on during the weekly meetings.

Murtha said she also wants to create a better online and social media presence for the SGC to let the student body know what the SGC does.

“I think we need to increase accessibility as well as publicity,” Murtha said. “I think we have a good on-campus presence, but spreading that to the social media sphere, and building on that is integral to building the public’s view of what we can do and how we’re a resource for them.”

Sophomore Alex Perry, varsity sports senator, said he thinks Murtha is going to be a great senate chair because of her enthusiasm toward the position and her desire to grow and improve, as a person and as a member of the SGC executive board.

“She seems really enthusiastic, and she learned a lot during her first year in the SGC and showed a lot of personal growth,” Perry said. “Her willingness to improve upon that is really clear, so I think that we should confirm her as senate chair.”

Freshman Senator-at-Large Mark Scaglione, a student member of the Strategic Planning Steering Committee, provided updates on the strategic planning process. The strategic plan is the college’s five-year plan to reform the structures at the college.

Scaglione said the committee is finishing the draft and working on creating the final document to present to the Ithaca College Board of Trustees.

“Today, we really went through the draft document and started forming the plan into the official document and going through the main goals and objectives that are going to be put into the plan,” Scaglione said. “We really decided what goes and what doesn’t — it is a five–year plan and it has to be doable in five years.”

He said the board of trustees will see the final document in May and vote on it in June.

Correction: The caption of this article previously misidentified Farwa Shakeel’s position. It has been updated with a correct title.