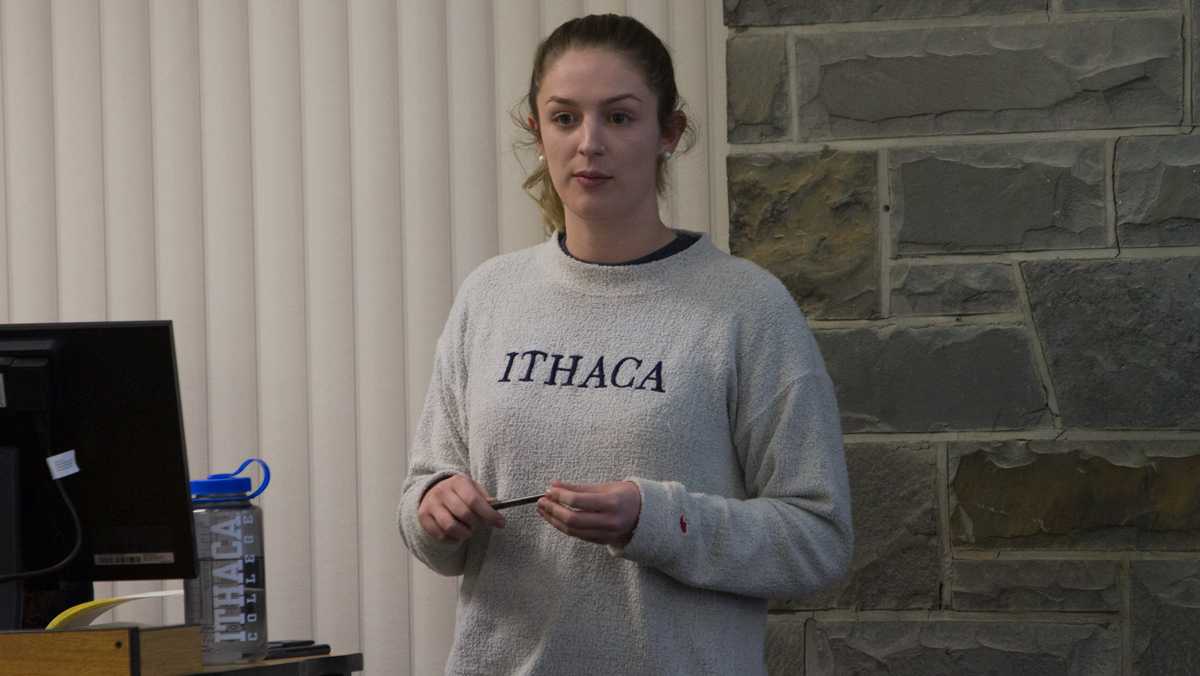 The Student Governance Council passed amendments to the Allocations Handbook and passed a bill creating a representative committee of students for the School of Humanities and Sciences during its April 2 meeting.

Since the initial exhaustion of allocation funds earlier this semester, money has been returned by organizations that did not use the entire amount allocated to them. There is currently $3,600 remaining, and the Ithaca College Society of Professional Journalists will be presenting an allocations request to the Appropriations Committee on April 4. Guiding Eyes for the Blind at Ithaca College received allocation money from returned funds last week. Both clubs have first access to the funds because they filed their allocation requests prior to the exhaustion of funds and were next on the list to receive funds, Gabby Picca, vice president of business and finance and sponsor of the bill, said.

If there are still funds remaining after the SPJ is allocated the money they request, Picca said the committee will proceed in the same fashion of contacting the next organization that had submitted a funding request prior to the exhaustion. Picca said clubs that need funding and have traditionally relied on the Appropriations Committee should look for other sources funding, such as departments at the college or national chapters of their organizations.

Changes to the original proposed reforms to the Allocations Handbook include an expansion of the rationale regarding the newly proposed cap on the amount of funds allocated for speakers brought to campus by clubs.

According to the passed amendment, “any student organization that has the goal of raising funds during travel will have their allocation classified as a travel fundraising loan.” An example of a student club raising money while traveling would be if a performance-based organization performed while traveling and received money from ticket sales.

The tabled amendment resolved that there would be an $8,000 maximum per academic year allocated per organization for speakers. In the current Allocations Handbook, speakers are included under the umbrella of programming funding, which has the limit of 12.5 percent of the Appropriations Committee budget. Picca said the maximum on speakers is intended to incentivize collaboration between clubs, as well as encourage the exploration of new sources of funding in addition to the Appropriations Committee. This maximum applies specifically to speakers and is not applied to overall programming requests of student organizations.

“We don’t want to discourage programming, and we don’t want to limit programming,” Picca said. “We wanted to limit the speaker specifically because we felt that was a part of the programming budget that could have a cap put on it, and if two [student] organizations wanted to come together and have the same speaker, then they could collaborate and work together toward getting that speaker.”

During the discussion of the bill, Student Trustee Elijah Greene expressed concern about loopholes within this amendment that could result in ingenuine collaboration aimed at securing additional funds for speakers. There is a possibility that multiple student clubs could be listed as collaborating organizations on a funding request for a speaker so that additional funds could be secured, but the speaker could only be intended for one student organization, Greene said.

Elijah Nishiura, senator-at-large and member of the Appropriations Committee, said this amendment would potentially be effective in increasing the number of clubs that receive funding, as well as extending the longevity of available funds in the future.

Picca also said that if organizations were to engage in the faux collaboration brought up by Greene, the Appropriations Committee would be able to easily discern this. Picca said she expects that the committee would ask questions of each student organization to ensure an equality of invested interest and effort.

Since this specific amendment was tabled at the April 2 meeting, Picca said the Appropriations Committee will be doing further research on the statistical details of minimum, maximum and average amount of funds requested by student organizations for speakers, and adjust the proposed cap, as suggested by members of the SGC.

Approved amendments of the Allocations Handbook Reform bill included an increase in the maximum amount of allocations from $3,000 to $4,000 for travel event proposals per academic year per organization.

Yetunde Smalls, Class of 2021 senator, and Dominique De Lisle, Class of 2018 senator, expressed concern about ensuring diversity on the committee, even with the requirement that no member shares the same major as the humanities and sciences senator. There could potentially be a situation in which the members of the committee all have similar majors, De Lisle said.

Harris said that the diverse viewpoints of constituents on the committee will be determined by factors other than major, especially in the School of Humanities and Sciences where students have Complementary Liberal Arts requirements, minor or double major requirements.

“Ultimately, the goal of this is to get students who are very interested and dedicated to this cause,” Harris said. “When you incorporate things like minors, and other things like that, there are certain perspectives that students might have that might not be solely influenced by their major alone.”