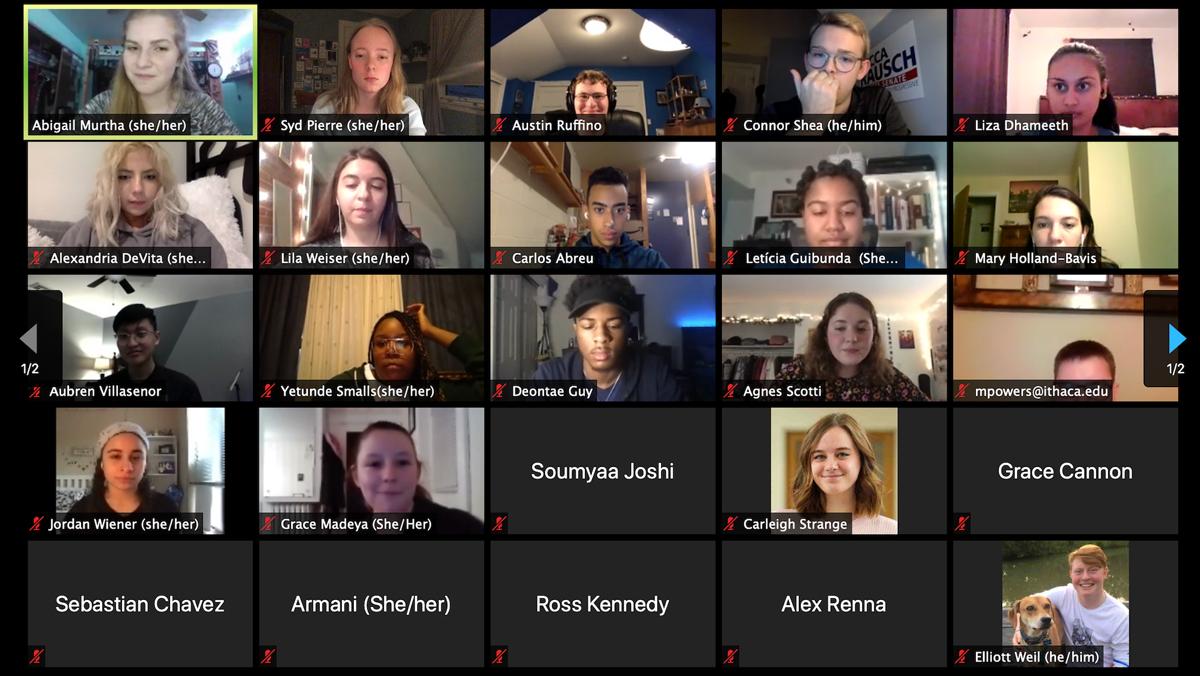 Courtesy of the Student Governance Cuncil
The 2020 Ithaca College Voting Act recommends that students will be excused from classes to vote on Election Day. The Excused Absence for Poll Workers Recommendation asks the college to give students who are working at polls an excused absence.
By Syd Pierre — Staff Writer
Published: October 6, 2020

The 2020 Ithaca College Voting Act recommends that students will be excused from classes to vote on Election Day. The Excused Absence for Poll Workers Recommendation asks the college to give students who are working at polls an excused absence. The SGC is calling for the college to announce these policies to members of the campus community via mass email and on all of the college’s social media platforms by Oct. 9, as well as encouraging deans and faculty to inform their students about these policies and adding temporary announcements to the college’s website.

The SGC unanimously passed the 2020 Ithaca College Voting Act with a vote of 11–0. The bill recommends that students will be excused from classes if they provide documentation that they voted in the 2020 general election. Documentation can include pictures of them at a polling location and voting stickers. Excused students will also include those who already voted in the general election via mail-in ballot but need to drop the ballot off at their designated election offices or forgot to mail them.

“This bill is advocating, in my opinion, for every college student who plans to vote in this election, no matter which way, where or how,” Scotti said.

A petition created by some of the sponsors calls for the college to make Election Day an optional excused absence day. The petition has 503 signatures as of Oct. 6.

“We want to do this not only because we want it to be equitable access for all Ithaca College students, but we also want to set a precedent of completely valuing our students’ voices and votes with this,” Scotti said.

The SGC also passed the Excused Absence for Poll Workers Recommendation with a vote of 10–0. The bill recommends that the college should temporarily change its attendance policy to state that working at the polls is an excused absence. The current attendance policy does not allow this.

The bill states that students should discuss their absence with their professors before they work at the polls and see what requirements their professors have regarding making up class work. Weiser said that the goal of the bill is to eliminate the possibility of students’ grades being impacted if they decide to be poll workers.

It was sponsored by Weiser and co-sponsored by senior Abigail Murtha, senate chair; Powers; Shea and sophomore Austin Ruffino, senator-at-large.

Weiser said that, typically, poll workers are older community members and that because of the COVID-19 pandemic, there has been a large push for students to work the polls instead. During the 2018 general elections, 58% of poll workers were over the age of 61, according to a study done by the Pew Research Center. The Centers for Disease Control and Prevention reported that older adults in their 60s or 70s are at a higher risk of severe illness from COVID-19. However, Election Day is Nov. 3, a weekday, and students have classes that will conflict with shifts at polling centers.

“[The election is] on a Tuesday, and there’s also training and setup earlier, so students might miss classes,” Weiser said.

Guy acknowledged that he is relatively new to the SGC — having been confirmed as a senator-at-large in July — but said that in whatever form of communication he decides to use with the student body, he thinks that taking all students into account is important.

“So once I know the idea in my head on how or what I want to do, I think I want to bring it to the table and just say, ‘Now, how do I put it all together?’” Guy said. “But I really want to be inclusive, … so hopefully I can do that.”

When freshman Aubren Villasenor, Class of 2024 senator, asked Guy how he would specifically address the freshman class and bridge the gap between the college and students, Guy said that he would focus on being reliable.

“Whatever platform I’m given, I want to be able to reach out and say, ‘OK, how are you feeling? And what can we do?’” Guy said. “So I really think just communicating with [the Class of 2024] and just asking them and talking to them but being present … and consistent.”

The three senators who ran for open seats — Dhameeth, Villasenor and senior Grace Cannon — were elected to the two positions of Class of 2024 senator and one varsity athlete senator, respectively.

Students who want to run for an open position can submit an election packet to the senate chair. Packets need to be approved, and the candidate must present their platform to the SGC. The candidate will be added as a senator following a two-thirds majority vote in the Senate.