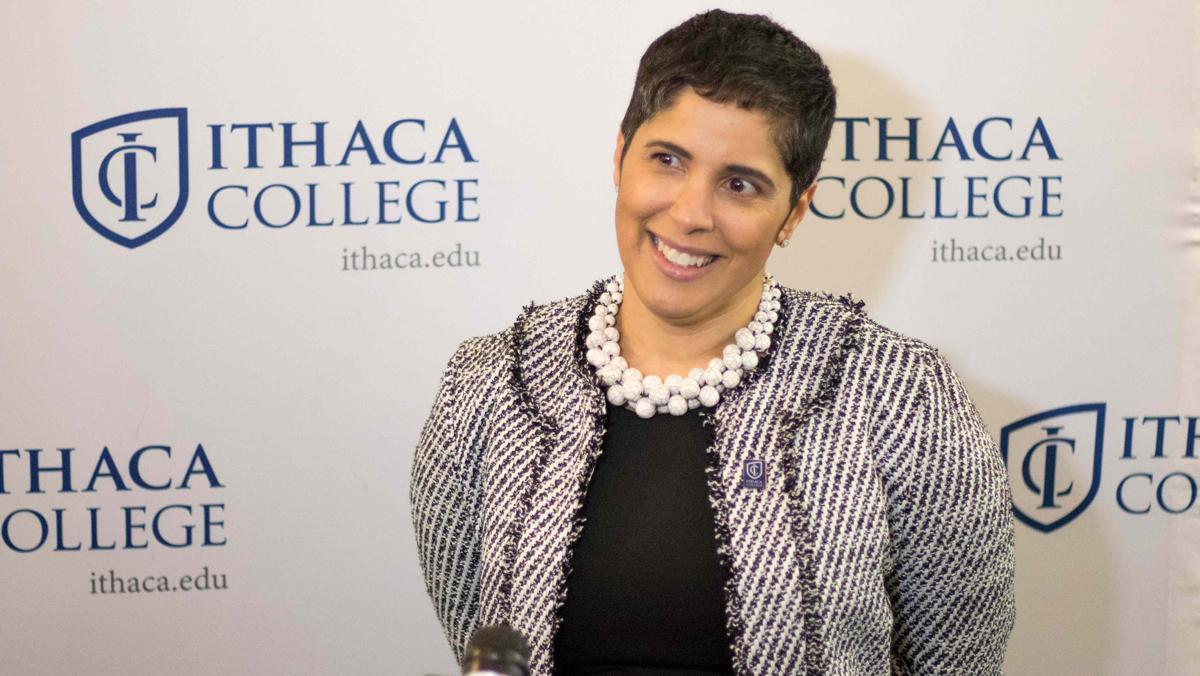 The Ithaca College Board of Trustees announced Collado as the ninth president to the campus community Feb. 22. Following the announcement, she spent the whole day on campus, where she met with constituents and held two open sessions.

Collado wrote in an email to the campus community July 10 that she spent her first week getting settled, becoming familiar with the campus and speaking with as many members of the community as she could.

“I look forward to continuing the process of learning as much as I can about the IC community, and sharing more with you in the weeks and months ahead about my hopes and thoughts as we collectively build a promising future for Ithaca College,” she wrote.

Before becoming president of the college, Collado served as the executive vice chancellor and chief operating officer at Rutgers University–Newark.

The search process to find the ninth president began after former President Tom Rochon announced Jan. 14, 2016, that he would retire July 1, 2017. His announcement came after protests by POC at IC and student and faculty votes of no confidence in his presidency during the Fall 2015 semester.

However, from what she’s said and how she’s chosen to say it, I got the sense that she has an intuitive understanding of the kind of president IC needs.

Letter to the Editor: New president right fit for IC