Simeon’s reopens on The Commons two years after accident 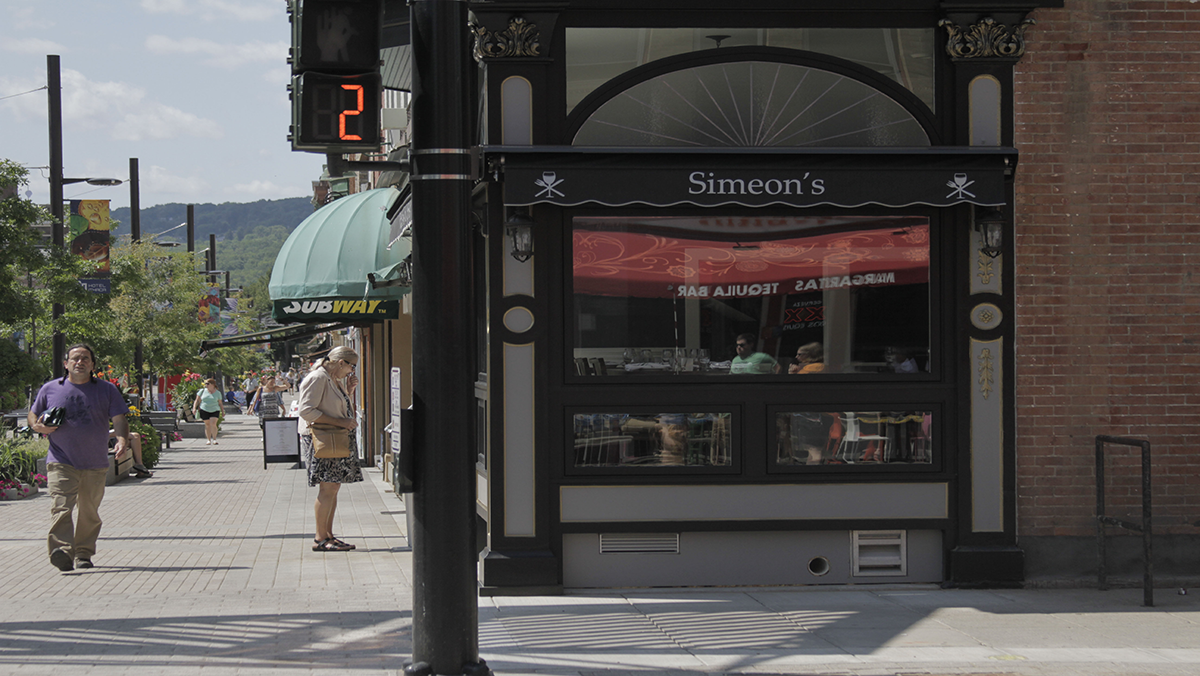 Luke Harbur/The Ithacan
Simeon's restaurant on The Commons is reopening after over two years of construction, following an accident that destroyed the restaurant in 2014. Simeon's held its "soft opening" Aug. 23 and a grand opening will follow in the coming weeks.
By Kyle Arnold — Assistant News Editor
Published: August 30, 2016

The intersection of North Aurora Street and East State Street at the head of The Commons is clear of construction for the first time in over two years, marking the reopening of the corner restaurant: Simeon’s bistro.

On June 20, 2014, a tractor-trailer carrying a load of cars crashed into the restaurant, leaving significant gashes on the entire building. Amanda Bush, a bartender at the restaurant, and her unborn child were killed in the accident, and seven others were injured.

The restaurant had its soft opening — a practice run before opening the doors to the public — on Aug. 23. A grand opening date has not been pinned down yet but will most likely be in the coming week, co-owner Dean Zervos said. 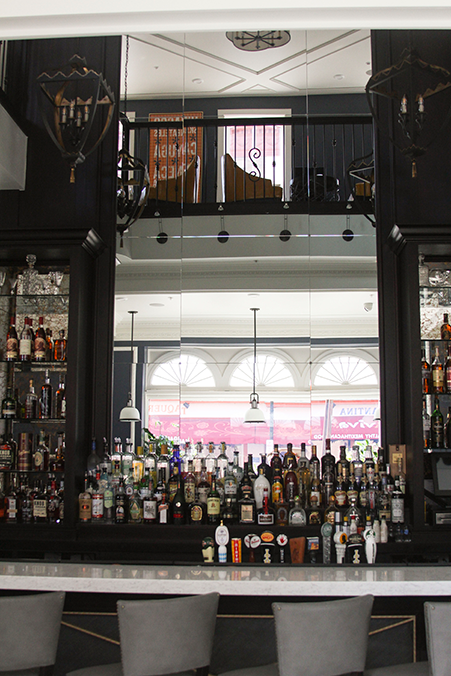 The bar at Simeon’s is overlooked by a mirror that extends to the upper dining area. Luke Harbur/The Ithacan

Among the renovations, Simeon’s has expanded its dining area upstairs; opened up its ceiling; moved its entrance to the west, facing The Commons; and added 500 square feet, resulting in over $2 million worth of upgrades. Despite the aesthetic changes, Simeon’s retained most of its original menu with the exception of some more affordable additions, Zervos said.

The floor plan was redesigned during construction. The new layout has three distinct dining areas: the “oyster room,” the tavern area and the second-level dining area. The oyster room —  painted tan as opposed to the matte blue of the other two rooms —  is for casual dining, Zervos said. The other two rooms follow the restaurant’s more formal setting.

There have also been considerable changes to the interior and exterior. The bar is overlooked by a towering mirror, framed by dark wood, that extends to the upper dining area through an opening in the ceiling. The bar’s countertop is made of white marble that matches the tile flooring and some tabletops throughout. Additionally, a copper-plated bay window attached to the front of the building and a darker outer facade mark the building’s corner location.

“We cut a hole into the floor, so that way when you’re upstairs, you could still feel the energy in the room that’s going on [downstairs],” Zervos said.

About 15 original employees —  a portion of the 90 total —  will return to work after transitioning to jobs in the community following the accident, Zervos said. He said that within two months of the accident, every employee found a job.

“The community was fantastic; they were offering [jobs],” he said. “Everyone who wanted a job got one.” 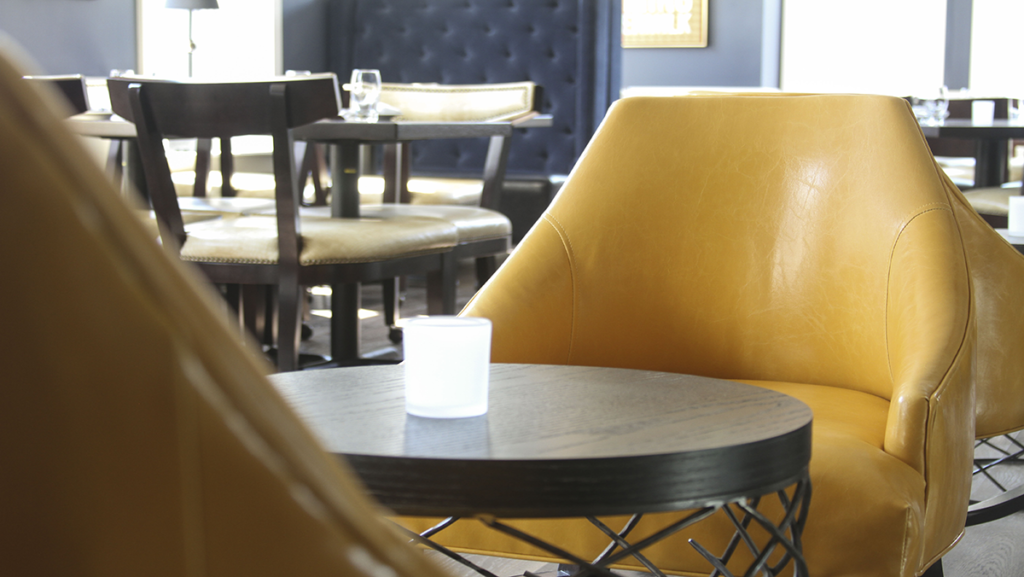 The new layout of Simeon’s has three distinct dining areas: the “oyster room,” the tavern area and the second–level dining area.

Senior Christian Savini works at the restaurant as a server and said that when they first opened, they were just getting on their feet, but they have since found their stride. He said during the soft opening, they had 140 covers, or patrons. He said that friends and family of the owners and employees have been stopping by the restaurant.

“It’s been overwhelmingly positive; we’ve had a lot of friends and family come,” Savini said. “Everyone was so impressed by the actual rebuild that they would explore through the entire restaurant.”

Sophomore Casey McCracken attended their soft opening and was served by Savini. She said the restaurant was so busy that she were not able to get a reservation until 8:30 p.m. She and a few friends ate on the second floor.

“It was a really nice restaurant,” McCracken said. “Definitely kind of fine-dining but also comfortable and casual. The food was amazing. That was easily my favorite part.”

The repairs to the outside and inside of the buildings, which included the addition of an elevator to new high-end apartments above the restaurant, took longer than expected, Zervos said. The opening date was originally planned for March of this year, he said, but was pushed following routine construction delays. Nevertheless, he said he is ready to get back to work.