Students and faculty impacted by honors program phasing out 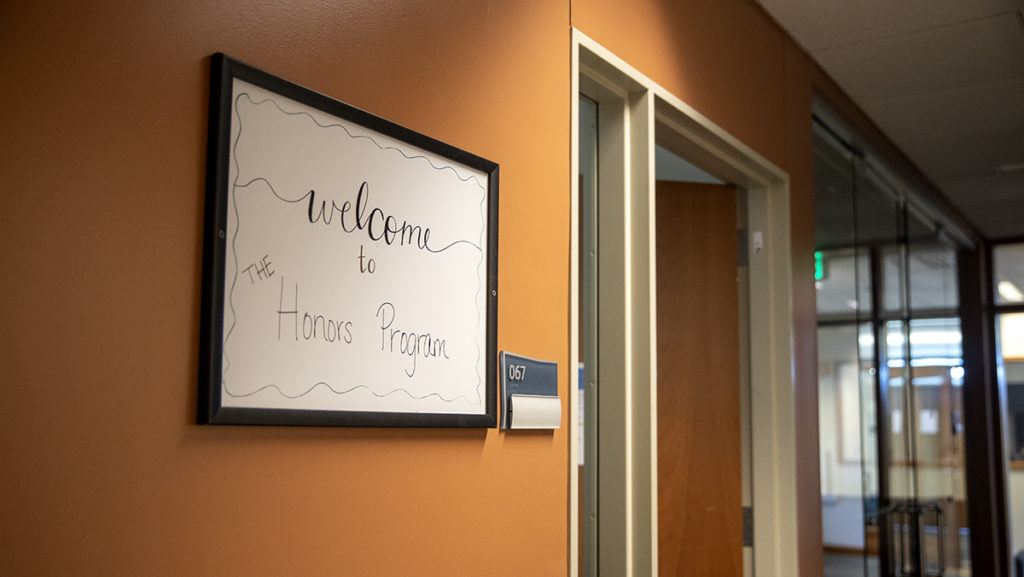 “My honors classes have framed my time here,” Ithaca College senior Lyndsey Honor said. “But I wish that more people had the opportunity to see inside the honors program before they really just made the decision to close it down entirely.”

In Fall 2019, then Provost and now President La Jerne Cornish announced the decision to phase out the honors program to the Honors Steering Committee. The conclusion of the program is one of many changes administration at the college has implemented in the past few years, including the Academic Program Prioritization (APP) in 2020. The proposed replacement for the honors program was the H&S Innovation Scholars, offered only to students in the School of Humanities & Sciences, where they participate in enrichment activities throughout their college experience, but the program is not a minor for students to add, unlike the honors program.

Patricia Zimmerman, Charles A. Dana professor of Screen Studies in the Department of Media Arts, Sciences and Studies and member of the Steering Committee for 10 years, said there is little room for her to innovate in her department.

“This honors program served the whole college and now there’s a program that only serves H&S,” Zimmerman said. “Faculty, like me and in other schools, we’re not allowed to be part of it.”

The decision to phase out the program has led to confusion and disappointment for some of the students and faculty that have been involved in it, like Honor.

Jonathan Ablard, professor in the Department of History and member of the Honors Steering Committee for eight years, said Cornish cited four reasons for the program’s termination during a meeting with the Steering Committee in Fall 2019.

A Program Review completed in the 2018–19 academic year showed the yield rate for students offered Honors was 39% and students waitlisted from Honors was 47%; 120 students were accepted per year. The retention rates for the Fall 2016 cohort were 86%, which was higher than the 82% retention rate of students not invited to honors.

According to previous reporting by The Ithacan, in November 2019, Jeane Copenhaver-Johnson, then associate provost for academic programs and current associate professor in the Department of Education, announced the changes to students in the honors program via email.

Young said the decision to announce the dissolvement of the program needed to be timed in order to make sure it was not confusing for new students entering the program.

“Because we had students applying to the program when things were moving toward dissolving, we couldn’t in the middle of that say, ‘Oh, by the way, it’s dissolving,’” Young said. “So we needed to make sure that all the number of people that we were bringing into the program were here, and then we could make a decision moving forward.”

Some honors students and faculty said they received little information on what would happen with the program and why the changes were being made.

Alicia Swords, associate professor in the Department of Sociology, was the honors program director from December 2016 to June 2020. Swords said that ending a program faculty had put years of work into without a conversation felt disrespectful.

In a request for comment from The Ithacan, Dave Maley, director of public relations, did not elaborate on why the decision was made and the communication that occurred between the college and honors students and faculty.

Gabrielle Grady ’22 said she learned by accident just weeks before graduating, when she looked at the honors website and found applications were not being accepted for the Class of 2026. She said she felt sad and confused by the secrecy.

Senior Kayla Barry said she was a part of the honors program until the end of Spring 2022. She said that while she enjoyed the professors that taught her honors courses, she did not like the program as a whole and decided to stop taking the minor. She said she thought the requirements were hard to reach and the courses were offered at inaccessible times.

“I remember I was looking for some courses just to see [what to take], but a lot of the classes were at normal times where, I mean, if you’re choosing between an honors one-credit class and a major class, you’re obviously choosing the major class,” Barry said.

The honors program is the only all-college program at the college where all students can participate and all faculty can be involved. Any staff member could apply to teach a course and courses were based on topics the applicant created, integrated with other themes and subjects. Swords said this aspect allowed incredible creativity and will be missed.

“I wish that our administration and faculty could read the files and files of very tremendously creative syllabi that people have created for the honors program and evaluate those based on their contributions to students’ intellectual and civic development, rather than just looking at the name ‘honors program,’” Swords said.

Honor said she was disappointed to learn that students would not get a chance to be a part of the honors program because of how much she enjoyed the broader curriculum that was offered in her honors courses.

“I really just got to take a lot of classes with different professors from all different fields of study, which is really cool because despite being a liberal arts school, we don’t really extend outside of your field unless you have a minor or something else,” Honor said. “But the honors program really opened me up to all these different opportunities that I probably wouldn’t have had otherwise.”

Honors Program to be restructured in School of H&S