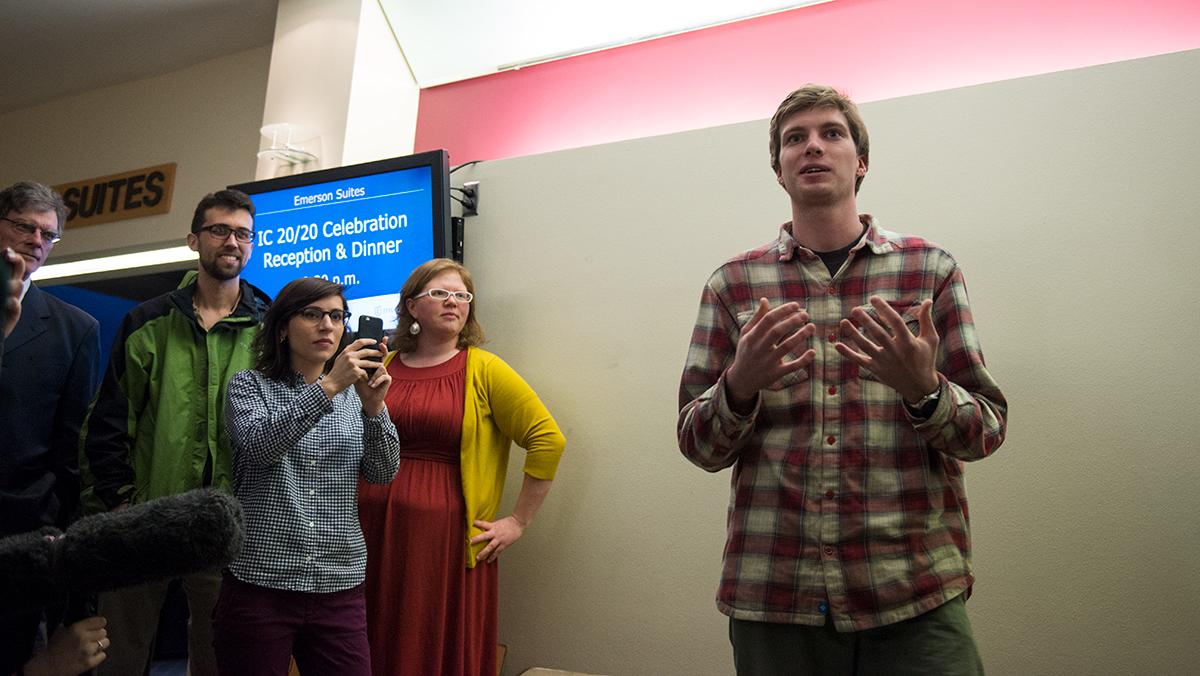 Students at Ithaca College are in the midst of preparing for a strike being held by contingent faculty March 28 and 29. While some are throwing their support behind the faculty, others are wary as to how the strike will affect their studies.

Seniors Taylor Ford and Catherine Proulx are both members of IC Students for Labor Action, a student organization involved in showing support for the contingent faculty. Through many mediums, they have been trying to offer ways to educate and involve students on campus to support the efforts of the contingent faculty.

Since SLA’s origin in the spring of 2015, the group has been working independently and in collaboration with the contingent faculty to gain support originally for unionization and now for increased pay and job security, Ford said. The group has held teach-ins and weekly general planning meetings to make sure the campus is informed and to also serve as a resource for students to get involved with this cause, Proulx said.

And to show the administration that students are concerned about the upcoming strike, SLA has created petitions to present to the administration and held phone bank events at which SLA members call representatives on the Ithaca College Board of Trustees and in the administration and leave messages or speak to them about why this issue is important to them. She said the group uses its Facebook page to provide students with scripts to use when calling administrators. The scripts urge students to express that they are not satisfied with how their tuition dollars are being spent and that they would like the money to go toward giving contingent faculty raises.

Ford, the head of the organization, also said the group has been doing an education campaign to keep students on campus informed, especially younger students who have not been exposed to this issue the past year, by visiting classrooms and creating fliers and other educational materials.

“I found that the more that students hear, the more that they find out about the facts, the more strongly they feel that what the contingent faculty is asking for, and what SLA is doing is reasonable,” Ford said. 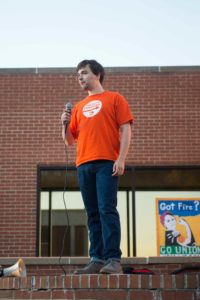 Sophomore Justin Rouzier said that although he has not taken part in any of the rallies, he has spoken to participating students and a contingent faculty professor. Through speaking with these people who are involved, he said he feels he has a solid understanding of what the strike is for and that he is fully in favor of the strike.

Rouzier said he felt it was appropriate to use class time to strike because he thinks it is the only way that any progress for the contingent faculty will be made: by causing a disruption.

“If we stand as a student body against the school to support the contingent faculty members, that’s the most efficient and most real way that any change can be made,” he said.

However, sophomore Lucas Veca said he is hesitant to support the strike because it would affect his class time. He said he understands that the administration has not been treating the contingent faculty as fairly as they could be, but he said he thinks these issues can be resolved through sticking through the negotiation process, not necessarily by joining a picket line. He said he was also concerned that tuition may have to rise to compensate for higher wages for contingent faculty.

“I am worried about tuition rising,” Veca said. “Just because it rises every year doesn’t mean we need to make it rise more.”

He said he was disappointed that the contingent faculty turned down the administration’s initial offer to bring on a federal mediator to help with negotiations. However, later in December, the union agreed to work with a federal mediator. To him, he said, it seemed like they were not cooperating, which could have slowed down the bargaining process.

But Proulx said her perception is that most of the student population at the college is in support of the faculty. Though it is hard to reach every student, she said, she is impressed with the support she has seen.

“I’ve seen a lot of students are compassionate toward their professors, and when they see them struggling, it’s hard to ignore that,” she said.

Marieme Foote, president of the Student Governance Council, said her organization is not urging students to support either side of the bargaining efforts. The SGC met with faculty from the unions and the administration bargaining team March 20 to hear both sides of the issues, and she said it was clear both groups had contrasting narratives. She said students should understand both perspectives before throwing their support against or for either side.

Ford said he believes students are a driving force behind this issue because they are a large stakeholder group within the college.

“If we really believe in shared governance and working together to build this institution, the administration needs to work towards hearing student voices more seriously,” he said.
News Editor Grace Elletson contributed reporting to this article.