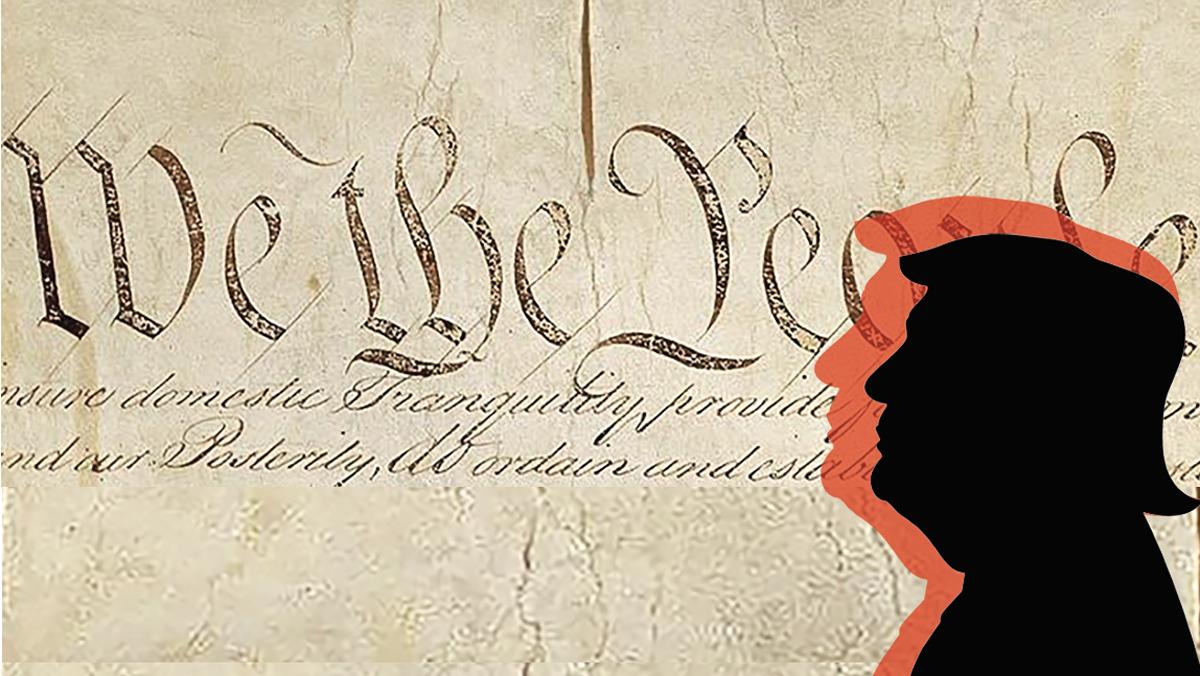 Anna Costa/The Ithacan
President Trump signed an executive order March 21 mandating that federal agencies to not provide funding for colleges and universities that fail to uphold their students' free speech rights. Officials at Ithaca College say they do not believe it will have a significant impact on campus.
By Ryan King — Assistant News Editor
Published: March 27, 2019

Officials at Ithaca College believe President Donald Trump’s executive order requiring colleges and universities to uphold the free speech rights of its students will have a minimal impact on campus.

The stated goal of the executive order, which was signed March 21, is to ensure that college students have First Amendment protections and access to free and open debate and inquiry on campuses. The order says federal agencies will not provide funding to public institutions that fail to protect the free expression of their students. It would also cut funding for private institutions that fail to comply with their own rules on free speech because private institutions are not required by law to uphold the First Amendment rights of their students. However, the order does not say how the federal government would enforce its free speech provisions, and many colleges across the country already have free speech protections for its students.

The college currently has provisions in its policy manual that guarantee the free speech of students. Section 2.19.2 states, “The College will not interfere with the rights of individuals and groups to the free expression of their views as set forth in the Rules for the Maintenance of Public Order. Ithaca College does not regulate or discourage speech based on its content or viewpoint.”

If the government determines that the college does not uphold that policy, it will lose access to federal funding. The college has a history of allowing controversial speakers on campus, but there have been some instances in which it blocked speakers from coming to campus. Last year, for example, the college blocked Milo Yiannopoulos from speaking on campus, citing safety concerns.

Guilherme Costa, vice president of legal affairs, said the college is committed to ensuring its students and faculty have freedom of expression on campus.

“Freedom of expression has been a long-standing value of Ithaca College — and our policies and practices are already consistent with the executive order,” he said.

Marc Israel, assistant provost for finance and administrative operations, said the college does receive some federal funding that typically varies from a few hundred thousand to several million each year from three federal agencies: the National Science Foundation, the National Institute of Health and the National Endowment for the Humanities.

Israel added that while he is unsure about how the order will impact federal funding for the college, he thinks that the college does a sufficient job at promoting the freedom of speech of its students.

“In my time here as a student and an employee, I feel the college has always guaranteed free speech and continues to value free speech,” he said.

Angela Rulffes, assistant professor in the Department of Communications Studies, who participated in a free speech panel in Spring 2018, said she thinks that colleges are mostly supportive of free speech.

“In general, I do not think there is a problem,” she said. “But, I think there are certain instances where free speech is coming under fire, especially with certain speakers coming to colleges.”

She added that she does not believe the order will have a big impact on the college.

Caleb Slater ’18, the former president of IC Republicans and former vice president of IC Young Americans for Liberty, was one of approximately 100 current and former students from across the country invited to the president’s signing of the executive order in the East Room of the White House. 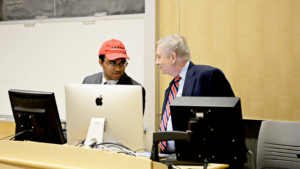 Slater said he thinks the college is better than other institutions at protecting the free speech of its students. He gives some credit to President Shirley M. Collado and Nancy Pringle, senior vice president and general counsel for the Division of Human and Legal Resources, for that.

He said he appreciated how Collado and Pringle were supportive of free speech when they allowed IC Republicans to bring Larry Pratt, a gun rights activist, to campus during Fall 2017.

“They made it very clear from day one that they were not going to pull plug on that event unless we wanted them to,” he said. “That was pretty bold from my perspective because it was my understanding that they were getting phone calls and emails from the larger Ithaca community … demanding that it get canceled.”

During his time leading IC Republicans, he helped bring several conservative speakers to campus including Pratt, Fox News host Jesse Watters, conservative activist Cabot Phillips and Daily Wire contributor Michael Knowles. Some of them sparked protest and brought the college’s stance on freedom of speech into focus. He said he often felt criticism from students and even some faculty and staff for organizing those events, but, ultimately, the college allowed him to proceed with most of them.

Only one of the speakers he tried to bring to campus — Milo Yiannopoulos — was blocked by the college. But Slater said that ultimately, despite some of the setbacks, he feels the college has been making some progress on the issue of free speech.

“I think that Ithaca College has improved dramatically,” he said. “But, I think there is still much work to be done.”

Brian Soucek, professor of law and chair of the committee on academic freedom and responsibility at the University of California at Davis, said he believes most college campuses will be not impacted by the president’s move for the same reasons Rulffes gave.

Soucek recently published a piece in the Washington Post in which he analyzed the president’s move and said Trump may not realize his order will apply to speech he does not like. He also said he felt some of the national reporting on Trump’s executive order was misleading.

“Much of the reporting, especially on the right, made it sound like it was a huge deal, but when you read the text of the order, you realize that there’s not much there,” he said. “And because so few people read the text of executive orders, what that means is that the president gets the benefit of telling his supporters that he’s doing something historic for the First Amendment without actually doing anything.”