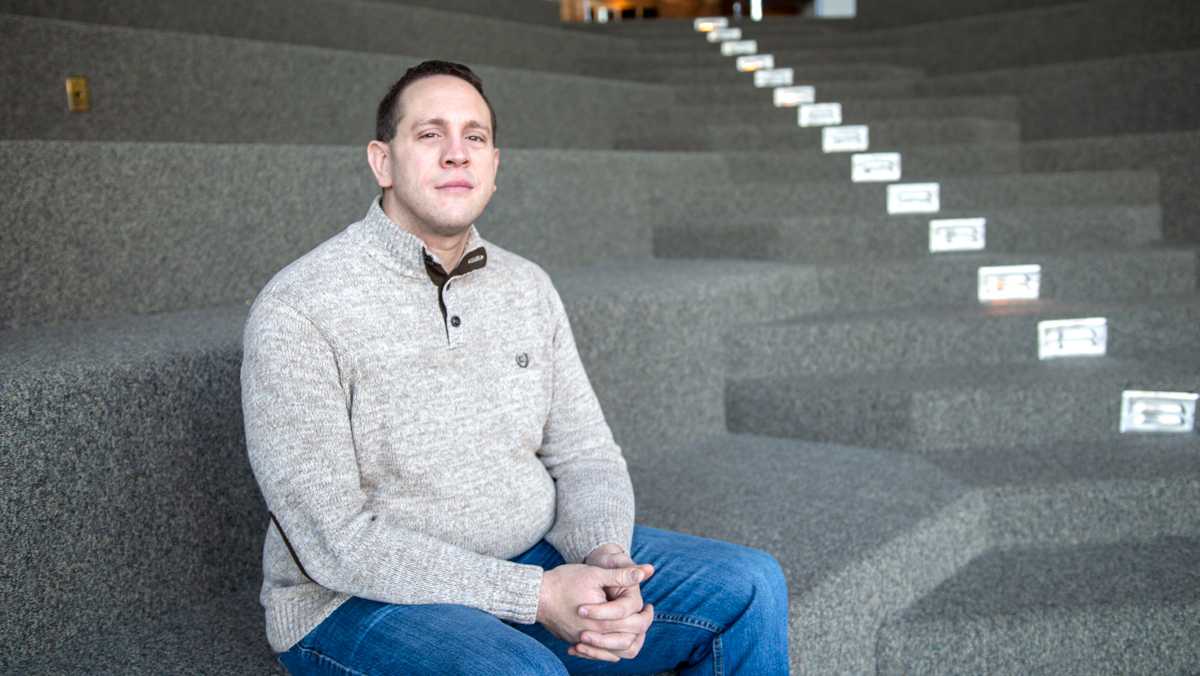 Elias Olsen/The Ithacan
Rev. James Touchton, Protestant chaplain at Ithaca College, writes a piece reflecting on his time at the college and the work he has done to try to make the Protestant Community a brave space despite recent strife.
By James Touchton
Published: October 30, 2018

Anyone who’s been at Ithaca College for any length of time knows the language and goals of “safe space.” And I’d like to think that reflects the best of our hopes for educational settings — both in and outside the classroom.

Students, especially those from marginalized or underrepresented communities, deserve to be fully themselves without fear of judgment or harassment or even the presumption that it is their job to educate the rest of us. The reality, however, is that the real world cannot guarantee this despite the best efforts of educators, ministers, and other community leaders. A professor has no control over what a student in a study group says to a peer outside of class. Over the past few years, institutions of higher education have been coming to terms with this and have increasingly adopted the language and paradigms of “brave space” vis a vis “safe space.” The five main elements of such a space, according to Brian Arao and Kristi Clemens, are controversy with civility, owning intentions and impacts, challenge by choice, respect, and no attacks.

Long before I was aware of the brave space movement and terminology, this was my goal as the Chaplain to the Protestant Community here at IC. My heart was to foster a brave space in which bridges could be built, or restored, between fellow human beings, as well as between us fallen and flawed human beings and the God who is Love. But anyone who knows the breadth and tumult of the seas separating various Protestant Christians from one another knows what we’re up against. On my best of days, I’m still hopeful that such bridges are worth pursuing. But this kind of brave space requires an element of basic trust for fellow community members that we’re each committed to each other’s well-being as well as a willingness to enter into dialogue with each other when challenges arise. That takes great vulnerability, though. In the Christian tradition, we take our cue from Christ’s own vulnerable example and seek to foster brave spaces by treating each other with dignity and respect and seeking forgiveness and reconciliation when we fail. This is a practice we have been especially pursuing this past year and the community is committed to continuing to do so long term.

I have had the privilege and honor of seeking to foster a brave space within the Protestant Community at IC for eight and a half years and I am deeply thankful for this season. The past year we experienced great challenges to that ideal—both in our own failures to always live up to it as well as in the methods and demands pursued by those who we had failed. It is truly unfortunate to see a student community so committed to growing in love and respect and inclusivity be portrayed the way it has. In an increasingly partisan and siloed world, the students I work with choose daily to navigate the tensions of deep disagreement and difference. We don’t always get it right, but we regularly recommit ourselves to the inclusive welcome Christ himself offers: “Come to me all…” Even in his death on the cross, his outstretched arms continued to embody that message we all struggle to live into in some way or another.

My resignation, while not an easy decision, is something I have chosen to do for my own health. I am saddened my time at IC is ending in the way it is. But, I am also thankful that I can look back to bridges that were built, brave spaces created, and discoveries of the Divine that occurred during my tenure here. I am a better person for it. The Lord bless you and keep you, IC. May God’s face shine upon you and be gracious to you and give you peace.