Commentary: The cost of higher education continues to burden students 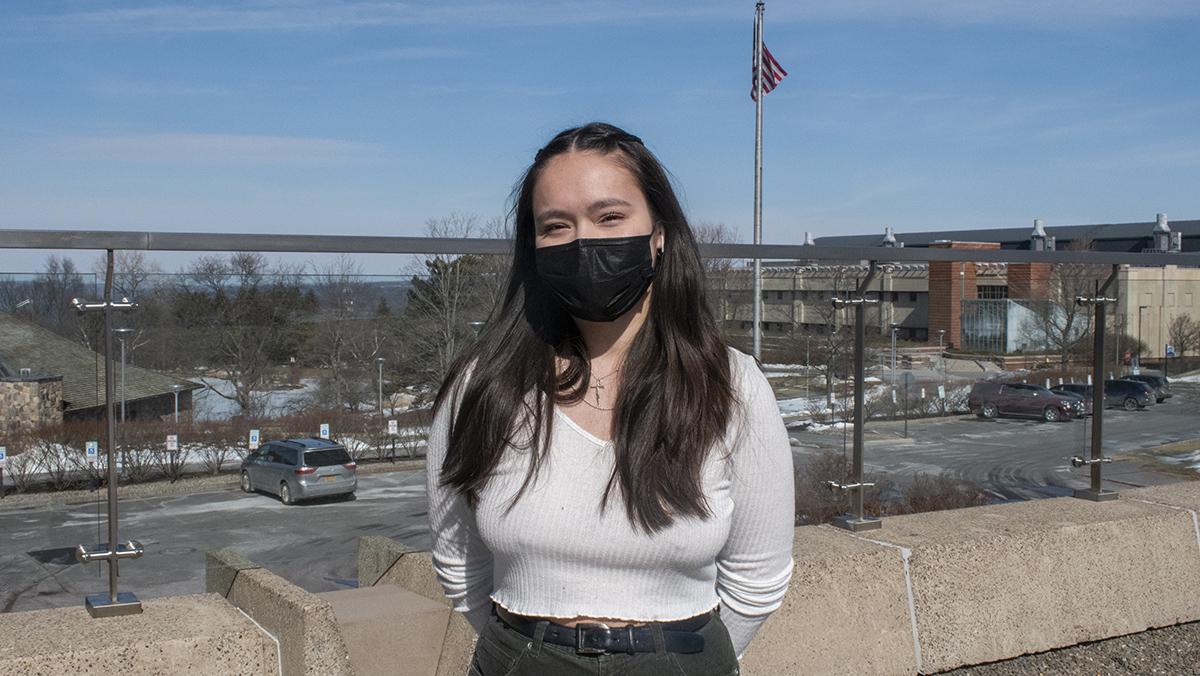 Michael Sergio/The Ithacan
Senior Jade Greer opens up about the hardships she has faced paying for higher education. She works both on and off campus and expresses the many sacrifices she has made to be where she is today.
By Jade Greer
Published: February 24, 2022

Honestly, it was very unlikely that I would go to college after high school. Sure, I excelled in all of my classes, did a million extracurriculars, did well on the ACT, worked during the weekends and did community service; but the chances that I would attend college were small. For as long as I can remember, my family lived from paycheck to paycheck, sometimes not even being able to spend more than $20 for a week’s worth of groceries. I knew what was within my family’s reach and college was simply not in range without financial aid and scholarships. Though I had applied to several scholarships in my community and online, ultimately, the fate of whether or not I would attend college rested in the institutions’ hands.

In my senior year of high school, I applied to nine public and private colleges, hoping that my local state school would provide me with a lower cost of tuition. I got one deferral, five waitlists and three acceptances. Of those three, only two offered any aid. The first acceptance I received awarded me $26,000 over the course of four years, leaving my family to pay about $25,000 a year. To some, this doesn’t seem that bad. But I knew my family’s circumstances and I knew that there was no way we could afford it.

So for the months of the college application process, I was convinced that I wouldn’t go to college. Though I was still waiting for other decisions to be released, there was little to no hope that I’d hear otherwise. Until I received my letter from Ithaca College. With an offer that covered the cost of tuition, the college provided me with a sliver of hope. Though my financial aid award is generous, it still left my family to cover the cost of room and board — $15,000 per year we definitely did not have. Even though I had worked every weekend and every school break since I was 14, I wasn’t able to even make a dent in that. I was barely covering the cost of my own life, let alone the cost of a dorm.

So: the answer became simple. Fill every semester with as many credits as I can to graduate early while simultaneously working a part-time job. Since then, nearly every semester has been filled with 18 credits on top of my afternoons and weekends being spent working at least one minimum-wage job. If I’m not in class, I’m working. If I’m not working, I’m sleeping. Everything I do, every aspect of my life is with money in mind. Does this class fill a requirement? Can I graduate early? If I take off work during finals week, how much money will I lose? My life is about money.

And here’s the kicker — I’m not even poor! I never qualified for reduced-price school lunches, for Medicaid, for subsidized housing, etc. It didn’t matter how many times we could barely afford groceries or how many times we paid our rent late; to the world around me, I was simply middle-class. Though awareness about the cost of higher education is certainly growing, we often forget about the struggles that middle-class families go through to simply make ends meet. I may not pay in tuition, but I do pay in stress, in nights feeling overwhelmed by my coursework, in lost time with friends, in missing half of my college experience. I am immensely grateful to the college for providing me with my only chance to pursue higher education, and although it may have offered to cover the cost of my tuition, the personal cost I have paid for it remains the same.

The other day, my roommates and I were discussing student debt when one of them revealed that she owes more than $50,000 in student loans.

Commentary: A price too big to ignore — the cost of Ithaca College