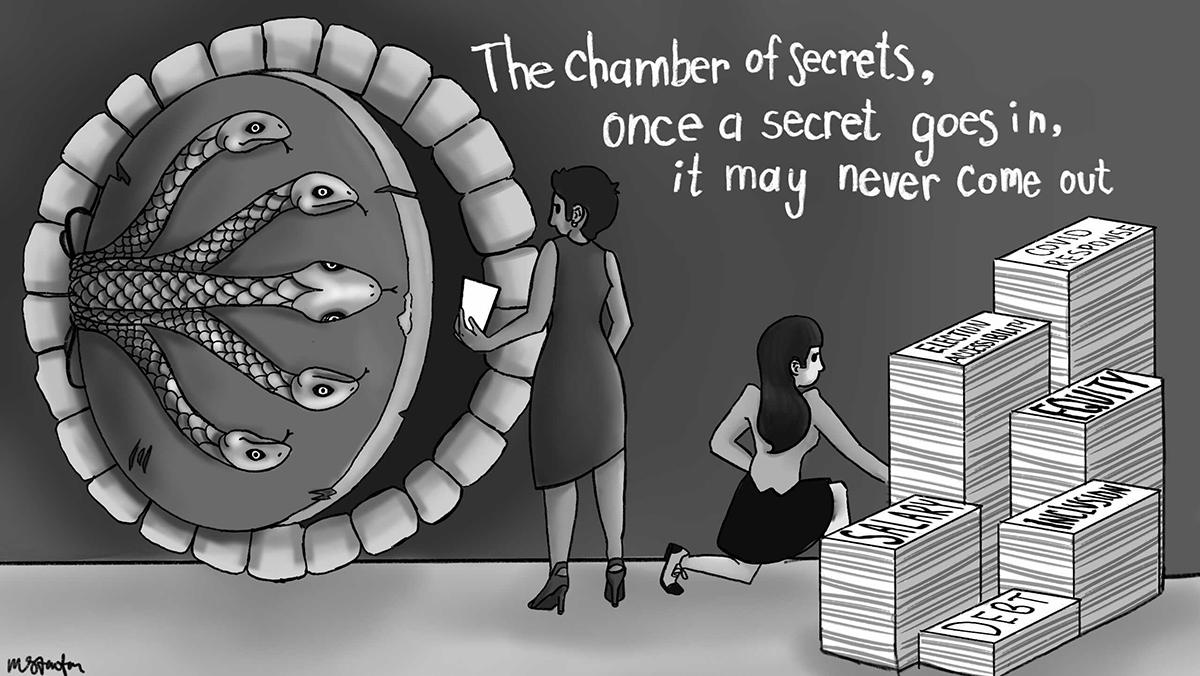 The Ithaca College administration has been inconsistent throughout this semester, and its intentions are often unclear.

It is worrisome when a list can be made of the times that the administration has caused the campus community to feel at a loss. Here are just some sources of the confusion.

In an April 9 message to faculty and staff, President Shirley M. Collado said that she and other members of the administration would take a pay cut for the 2020–21 fiscal year. While being transparent in divulging the pay cut, Collado and other members of the administration have refused to reveal their current salaries. We asked last month, and we ask again: What is the hesitation in revealing their current salaries and the voluntary pay cuts they say they took, especially during a time when hundreds of faculty and staff members are losing their jobs?

Additionally, The Ithacan has repeatedly asked for access to the college’s InFinity Presentations, which are financial presentations run by Bill Guererro, vice president for finance and administration. Before the college transitioned to remote learning, the meetings were public. Currently, only faculty and staff members are allowed to attend. It is frustrating and insulting to students that they must jump through hoops to access information that should be publicly shared, especially given that they and their families are the ones paying the bills.

The campus community has received mixed messaging from the administration regarding the impending cuts of 130 full-time equivalent faculty positions. At first, it was because of low enrollment. Then, it was because it was part of the strategic plan. It is important to note that the strategic plan was made to situate the college over the next five years in light of nationwide enrollment decreases at higher–education institutions. However, the rhetoric of saying that the cuts are part of everything going according to plan is extremely misleading. The cuts are happening now because of a perfect storm of budget struggles, the college’s flawed fiscal model, low enrollment and the COVID-19 pandemic. It is hard to admit that the institution we love is struggling, but it is imperative to do so.

When The Ithacan asked for information regarding staff cuts, Dave Maley, director of public relations, said, “After this process is completed, the college should be able to provide an approximate percentage of overall workforce reductions for all reasons; i.e., retirements, attrition and furloughs, but not at this time since changes are ongoing.” The most recent update the college community received was that 264 staff members have been impacted by furloughs, position eliminations or reductions in hours. This was the first campuswide correspondence — which was sent in October — about how many staff members have been impacted. Why must the campus community wait so long to get a sense of how some of the most critical members of our community are impacted? It is not fair to anyone, especially those who are losing their jobs.

The administration did not accept the 2020 Ithaca College Voting Act, which would have given students the day off to vote, and the Excused Absence for Poll Workers Recommendation, which would have allowed for students working the election polls to have an excused absence on Election Day. Not only would the administration enacting these bills, which were passed by the Student Governance Council, have made voting more equitable and accessible for students, but it also would have emphasized the importance of voting to students.

Instead, Collado sent an email Nov. 2 encouraging students to vote, stating, “Today, I am writing to encourage you to participate in this defining moment for our nation and to recognize how special and formative this moment is.” This statement seems contradictory when the administration did not make voting for students as accessible as it could have.

This sense of confusion started even before the semester began. On Aug. 11, the Ithaca College administration released its plan to bring students back to campus for the fall semester. Just a week later on Aug. 18, the college announced that Fall 2020 would be held remotely. While the college has become better about sharing its plans for Spring 2021 through its consistent meetings with members of the campus community, it is disappointing that the tone of uncertainty has been a consistent factor throughout the semester.

All the campus community is asking for is clarity. These are not trivial issues. The administration needs to be more consistent and transparent with its actions if it wants to retain students and build trust. During such an uncertain time, the college should be doing everything it can to mitigate this confusion — not add to it.

Editorial: College should be specific about staff cuts