IC declines to enact SGC bills on transparency and voting 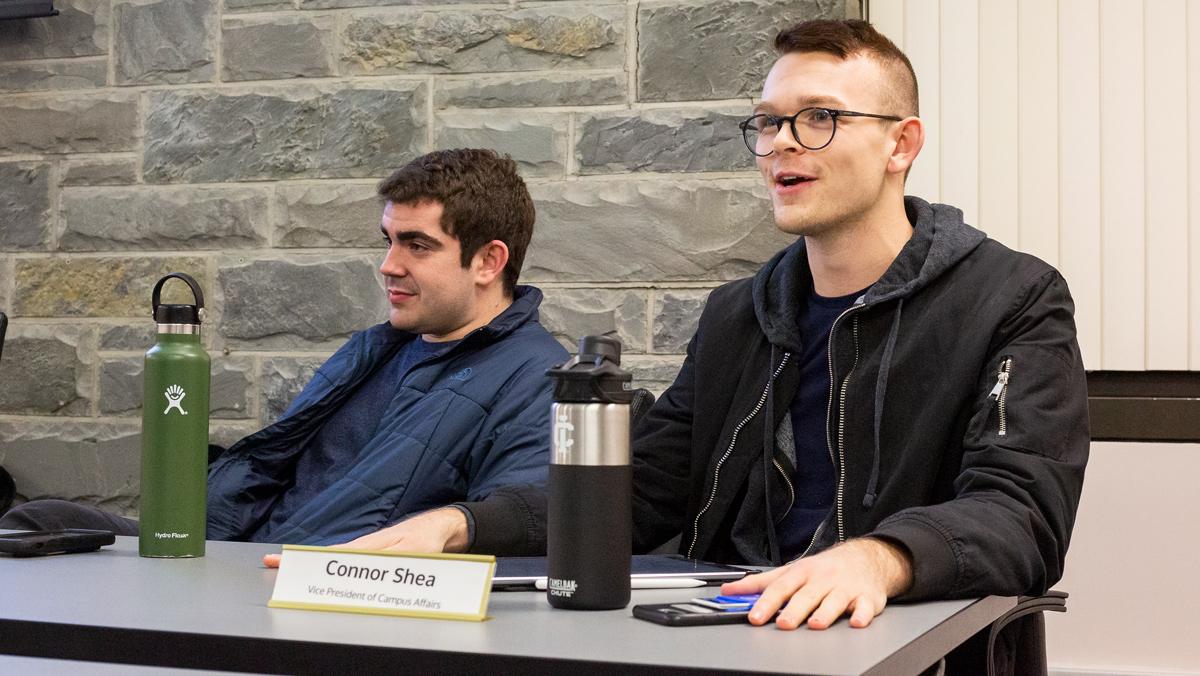 The Ithaca College Senior Leadership Team (SLT) declined to enact three bills passed by the Student Governance Council. These bills are centered around encouraging transparency and voting accessibility for students.

The SGC passed the Fall 2020 Tuition Transparency Request Bill at its Sept. 14 meeting.

The 2020 Ithaca College Voting Act and the Excused Absence for Poll Workers Recommendation were passed at the Oct. 5 meeting. For Fall 2020, the SGC has passed nine initiatives. Out of the recommendations that require further action from the administration, one has been acted on. The Rent College Pads Recommendation was passed at the SGC’s Sept. 14 meeting and has been moved to the Division of Legal Affairs for further approval, said senior Connor Shea, president of the SGC.

“IC, like many colleges and universities, relies upon a single gross tuition rate for our entire undergraduate program,” Guerrero said in the response. “Precisely breaking down the components of tuition would be impossible, since tuition is a holistic representation of the costs to deliver an Ithaca College education.”

Since announcing that classes for Fall 2020 will be held remotely, the college stated it will not reduce tuition. Students have expressed their frustration with the college for refusing to decrease tuition.

Approximately 67 colleges and universities across the country have either frozen or lowered tuition for the 2020–21 academic year, according to the American Council of Trustees and Alumni.

In the response, Guerrero explained how undergraduate students can take up to three free credits over the winter or summer semesters. He also noted the college’s commitment to not reduce financial aid and the special appeals process and form for students experiencing financial challenges because of COVID-19.

“We are determined to keep the cost of attendance as low as possible, as well as protect student financial aid,” he said in the response.

Shea said the SGC passed the recommendations for the benefit of the student community.

“What message does it send when your formal student government asks for something that’s going to benefit the student community and then you can’t accommodate that in any way, shape or form?” Shea said.

There have been requests from students and faculty for communication and transparency from the college over the last year. The requests increased this fall in light of decisions the administration has made during the COVID-19 pandemic, including the Academic Program Prioritization process and the elimination of approximately 130 full-time equivalent faculty positions.

Shea said that he was frustrated after learning the transparency request would not be enacted.

“We just want transparency and [to know] where our money is going,” he said. “And it’s somewhere, right? It has to be somewhere in order for us to allocate money to different things for the college, so I’m just really heartbroken that this was not able to be answered.”

The SGC learned informally Oct. 15 that the voting act and the poll workers bills were not enacted. Shea then received an email Oct. 22 from La Jerne Cornish, provost and senior vice president for academic affairs, stating that the bills would not be enacted because the college has no formal policy for excused absences but that faculty should be flexible with students on this day, as previously reported by The Ithacan.

Cornish’s response to Shea and copies of both bills were sent to faculty and students Oct. 26. In the email, Cornish encouraged faculty members to accommodate students on Election Day.

“On behalf of the senior leadership team, please know that we are proud of our students’ commitment to the electoral process, by planning to vote and by volunteering to serve as poll workers, but Election Day is not a holiday and we do not have a formal policy for excusing absences,” Cornish said in the response to Shea.

The college’s attendance policy explains that course instructors must provide their students with attendance guidelines. The policy says students may miss class for religious beliefs in accordance with New York state laws, health emergencies or required appearances in court.

The policy states that students may be excused, at their instructor’s discretion, for participating in college-authorized cocurricular and extracurricular activities.

Dave Maley, director of public relations, said via email Oct. 30 that “President Collado did not tell Connor that the bills were not enacted because Faculty Council did not vote on the bills, since that is not how the administration makes policy.”

Shea said he reached out to Collado for clarification regarding their conversation and, as of Nov. 2, was still awaiting a response.

At the Faculty Council meeting Oct. 6, Shea informed the council about the bills. Many faculty members commended the SGC for passing these bills but did not hold a vote.

Chris McNamara, clinical associate professor and clinic director in the Department of Physical Therapy and chair of the Faculty Council, said that the Faculty Council does not vote on bills passed by the SGC, including bills involving course attendance.

“Connor Shea brought the bills to the Faculty Council meeting, described them and answered some questions about them during open session,” McNamara said via email. “The bills were generally well received by the faculty, and I instructed the faculty to inform their constituents about the bills. As for voting on them, they were not brought as motions. I understood Connor’s intention in bringing them to be to inform faculty.”

Cornish said in the email that students who miss class on Election Day because of voting or working as poll workers should notify their professors in advance and request permission to make up any missed work.

Jonathan Ablard, professor in the Department of History and Latin American Studies coordinator, said he sent a message to his students about an alternate attendance assignment for students planning to participate in the elections.

“There are lots of other things that faculty can do to kind of substitute for the missing class that day,” Ablard said. ”I think it’s really important that faculty are really explicit about making sure that that day is treated differently than other days.”

Senior Agnes Scotti, Class of 2021 senator and sponsor of the voting act bill, said that she was confused after hearing the bill was not enacted. Scotti said that it was nice to see a response from Cornish but that she was still disappointed in the reasoning provided by the administration.

Freshman Jordan Wiener, who sponsored the voting act bill, said that making voting accessible for students is especially important this year because students are spread out across the country.

“There is voter suppression in different ways … across the country,” Wiener said. “We always try to push the narrative that ‘Oh, voting is so easy,’ but it isn’t, and we need to find ways to make voting more accessible and equitable for every student, no matter where they live.”

Scotti, Wiener and Weiser said that they have plans to write another bill to give students and faculty a holiday on future election days.

In his meeting with Collado on Oct. 26, Shea said they discussed setting up a process between the administration and the SGC regarding recommendations the SGC passes. He said future recommendations will be sent to Collado and Rosanna Ferro, vice president of the Division of Student Affairs and Campus Life.

Shea said that the SGC is not deterred from continuing to better students’ experiences at the college.

“We stand by the work that we’re doing,” Shea said. “And we are more than willing to work with the [SLT] to get these things done.”