Editorial: Sodexo does not provide adequate food and service 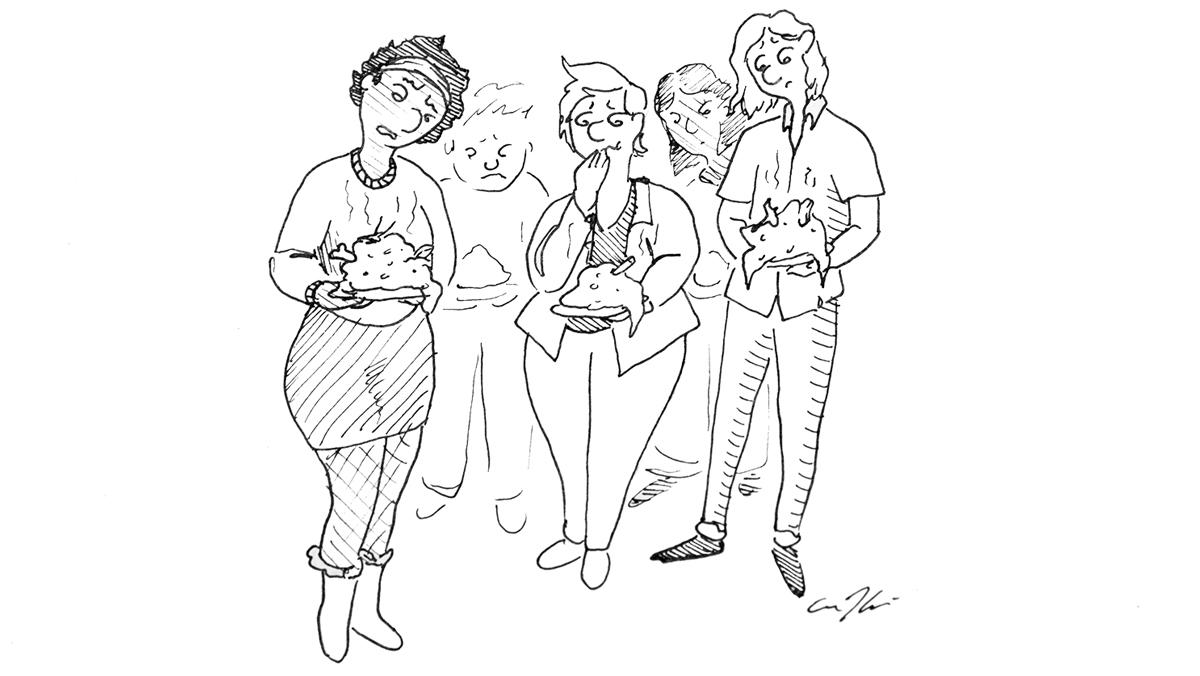 Over the past few weeks, a petition demanding that Ithaca College makes changes to its dining practices has garnered over 500 signatures from students and parents. The petition calls for the college to review in-depth its current food provider, Sodexo and consider partnering with the Cornell University Department of Food Science while reviewing Sodexo.

The petition was created in response to a picture of a moldy hamburger bun that was allegedly served to a student Nov. 9, a situation that garnered the attention of the campus community via social media. This is hardly the first time that either a student has negatively reported about the quality of the food served by Sodexo or that the company has been met with opposition from the community. In the past, the community has protested against the company for the inadequate food quality, mishandling of food and dubious morality of the company, which also provides food services for and works with private prisons.

In light of the petition, William Guerrero, vice president of the Division of Finance and Administration, said he is reviewing the program and considering the cost and student satisfaction. Though Guerrero did not tell The Ithacan if the college will actually be changing contractors, his statement could indicate a change in the future.

The pressure to remove Sodexo from the college and find a new dining services company undoubtedly puts the administration in a difficult position. Recently, the college’s operating budget surplus dropped from $20 million to $4 million, Guerrero said, leaving the college with significantly less money to allocate to matters such as this. While the college should be actively searching for a new dining services company with higher food quality, a provider switch could come at a higher cost as well. However, last year, Sodexo was the highest–paid contractor at the college; it raked in $10,534,237 from the college’s budget over the course of the 2016–17 fiscal year.

And though switching to a new food provider would be an arduous, complicated process, perhaps it is time for the college to say goodbye to the company for good. For years, the college community has made clear its belief that Sodexo will not and cannot provide food of adequate quality to meet students’ needs. Given the consistent issues that Sodexo has brought to our campus, ending the college’s business with it is appropriate and reflective of the community’s long-term desires.

No company should have as many allowances as Sodexo has been given over the past few years. Time and time again, the community — students most of all — has spoken out against the company, only to be met with minimal, hasty changes to the cuisine provided. Even after these changes have been made, the company still leaves much to be desired. Enough is enough. The college needs to prove that its ever-rising price tag is worth its students’ debt. Sodexo certainly is not helping its case.

Ithaca College dining services employees are joining others across the country to fight for improved working conditions, better pay and benefits and the right to unionize without intimidation from their employer Sodexo.