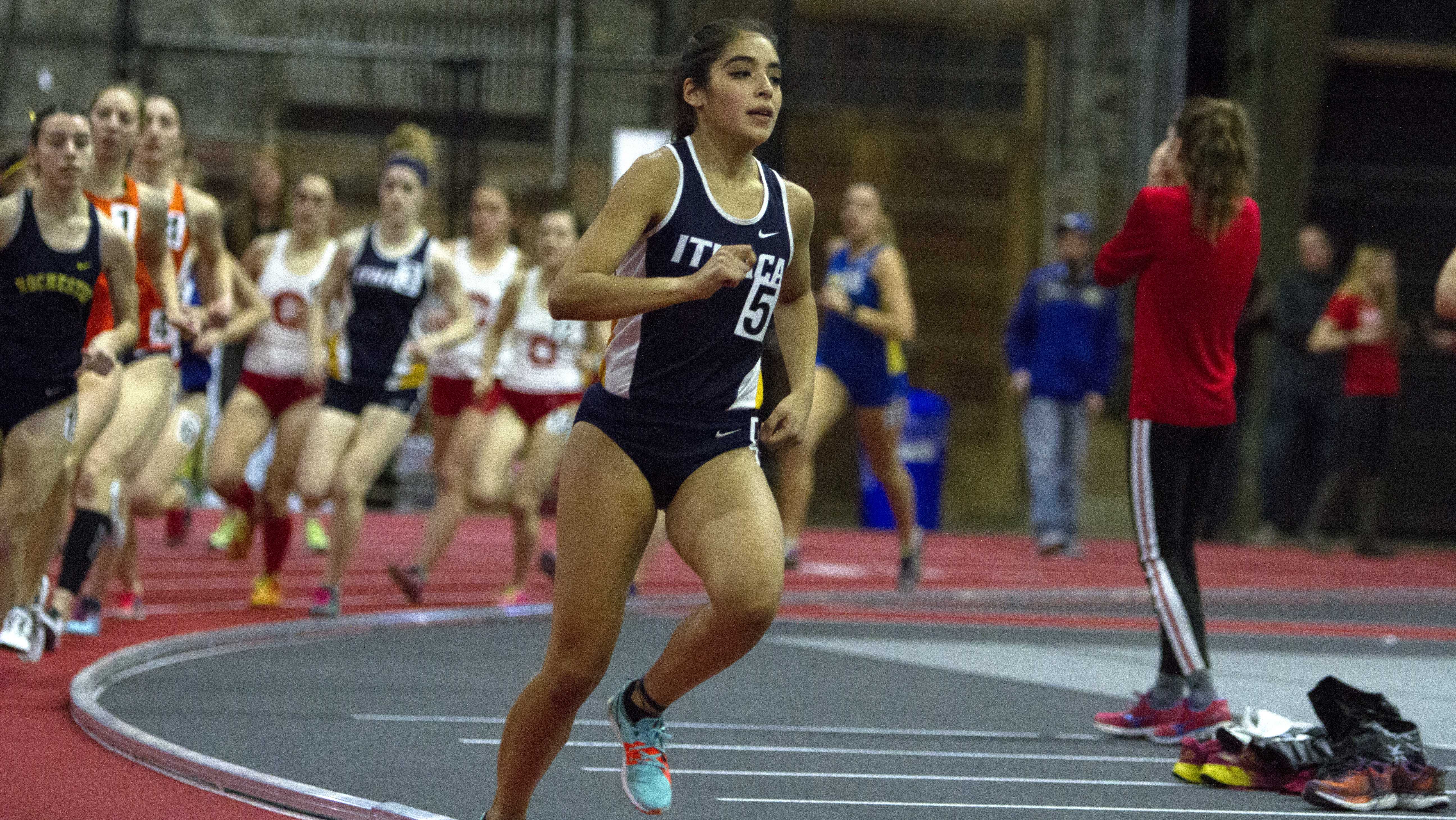 When Denise Ibarra was in high school, she envisioned herself being a collegiate soccer player. It wasn’t until her junior year in high school that her track and field coach at the time convinced her to try cross-country and she learned she loved distance running.

“I ended up falling in love with cross-country,” Ibarra said. “The following year, I cut out all of the other sports in my life and I said, ‘I really like running,’ and then from there. I stuck to that.”

Ibarra said she was unsure if she wanted to run in college. She was not recruited heavily out of high school and did not consider running in college until she decided to attend Ithaca College. When she reached out to Erin Dinan, head coach of the women’s cross-country team, she was so late to the recruiting process that an extra tryout had to be held for her and one other person who ended up not joining the team.

“It’s really rewarding to see all of your hard work from freshman year to now come together,” Ibarra said. “Not only physically, but mentally as well. Running is so mental that the victory in the times are not just physical victories, but mental victories as well.”

In high school, Ibarra ran the 2,000-meter steeplechase. When she first began running at the college, she tried new events because of the wide variety in collegiate track and field. She started running the 800-meter to work on her speed and at most would run 7 miles when training for longer distances. Since she currently only runs long distance events, she now runs up to 13 miles during a workout and rotates between running the 1-mile, 3,000-meter and the 5,000-meter when competing in meets.

This season, Ibarra said she has tweaked her workouts to let her body become more accustomed to the long-distance training. Over the summer, she said, she set very high goals for herself. She always pushed herself to run 50 miles every week instead of her normal 40 and to complete more reps of the harder workouts, leading her to injure herself. She developed iliotibial band syndrome, a very common injury for runners where connective tissue rubs against the thigh bone, leading her to cross-train in the pool for about a month at the beginning of the cross-country season.

“I learned to listen to my body, and that has made a huge difference,” Ibarra said. “Sometimes your body is just tired and you have to make the right call and say, ‘today I’m going to have to train in the pool,’ and that has been a really big thing — giving my body the rest that it needs when it needs it. I realized that more doesn’t necessarily mean better.”

“I think that Denise has always been such a go-getter that it was hard for her to take time off because you think if you aren’t training, you aren’t in shape,” Dinan said. “When she transitioned from running on the ground to running in the pool and it gave her body more rest than she had ever done, and it was helpful for her.”

During her college career, Ibarra has had success in both cross-country and track and field. She has raced in the NCAA Division III Cross Country Championships for three consecutive years. She finished in 108th place her sophomore season, 48th her junior season and 34th in her senior season. As a junior, she finished fourth in the ECAC Division III Indoor Track and Field Championships in the 3,000-meter race and finished second in the 3,000-meter steeplechase at the New York State Collegiate Track Conference Outdoor Track and Field Championships with a time of 10:54.74. Currently, she holds the program record in the 3,000-meter steeplechase with a time of 10:53.27.

Ibarra said the steeplechase is her favorite event to run in college.

“I have a very special relationship with that event because in high school, the 2,000-meter steeplechase was what really made me fall in love with track,” Ibarra said. “To be able to come into college and still run that event, but being able to run it longer made it better for me. Whenever I run, it brings me back to the high school days and it reminds me that it’s so much fun to go out there and run.”

Over the years, Ibarra has developed a strong friendship with fellow senior Taryn Cordani. Both runners earned All-American honors this past year for cross-country, and both say they help push each other to be better.

“Both on and off the track, she has a lot of influence on me,” Ibarra said. “I think a lot of her success pushes me to try and be closer to her times, and also, chasing her down on the track, I have someone to look for to help me close the gap.”

Cordani said that seeing Ibarra’s success makes her want to be a better runner.

“I am always amazed of how willing she is to give everything she has to the sport, and her passion for racing is hard to match,” Cordani said. “Denise isn’t afraid of anything, especially not the pain of pushing your limits in competition. When I see her embrace an opportunity and 100 percent go for it, it gets me excited to do the same for myself.”

For Ibarra, her goals for both indoor track and outdoor track are to keep improving on her record-breaking times.

“I definitely want to lower my 3k and 5k times for the season,” Ibarra said. “For outdoor, I want to get back out to nationals and I want to go All-American in the steeplechase.”