Volleyball looks to be a threat in Liberty League 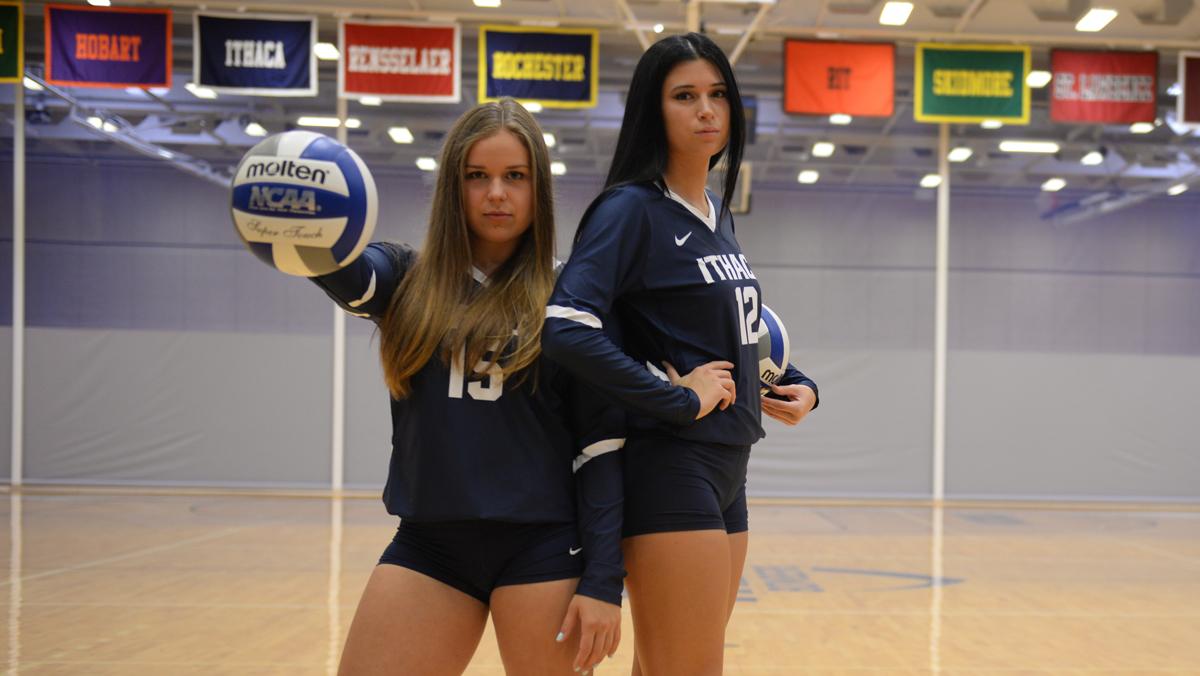 For a second year, the Ithaca College volleyball team had its season ended by a loss in the second round of the NCAA tournament.

This season, the Bombers look not only to travel beyond that point but to achieve a new standard for the program.

Senior defensive specialist and libero Izabella Mocarski said the team ultimately hopes to make it further than it has in previous years.

“Nothing would make us happier than winning the Liberty League Championship and making it further in the NCAA tournament than we have in the past two years,” Mocarski said.

In his first year as head coach, Johan Dulfer led the team to a 27–6 record and its second Empire 8 Championship in a row. Dulfer said he understands why his players are focused on getting past the second round, but he is more fixated on seeing the bigger picture.

“While I agree with them, it would be nice to go to the third round of the NCAA tournament, we’re thinking much bigger than that as a program down the stretch,” Dulfer said. “And I think that’s an achievable goal here at Ithaca College, so as a program, we’re laying the foundation to go back to the Final Four and do better than that.”

In the mid-1990s, the Bombers made two straight Final Four appearances but were unable to advance in in either. Since then, they have not been back to the Final Four.

The Bombers will see the return of their top producers from last year. Outside hitters Joelle Goldstein and Taylor McCarthy combined for a total of 5.03 kills per set. Junior middle hitter Amanda Cerruti, who averaged 1.12 blocks per set, is also returning. This year’s team will have a total of five seniors, as opposed to only one senior last year.

Dulfer said the key to laying the foundation to go back to the Final Four begins with recruiting the best players from the Northeast, as well as the rest of the country. He also said that depth is essential for a run to the Final Four.

“We’re trying to be a little deeper,” Dulfer said. “This year, for example, our team has seventeen players on it. We need to be deeper so that an injury doesn’t absolutely kill us; we have to be able to have options.”

Junior defensive specialist and libero Tara Stilwell said the team must believe it can make it further than the second round of the NCAA Tournament.

“I also think we need to learn to compete at higher levels, and I think the tough schedule we have this year will get us ready for playoff season,” Stilwell said.

“It’ll provide a lot of challenges for us, which is really great,” Dulfer said. “That’s what you want to do if you want to be the best, which we do. You want to make sure that your strength of schedule is good, and the Liberty League doesn’t stop.”

In his 10 seasons as head coach, Dulfer led the Golden Knights to a record of 270–115, as well as four consecutive trips to the NCAA Tournament quarterfinals and a total of five Liberty League Championship titles.

Stilwell said that because of her history at Clarkson, transitioning back to the Liberty League is a significant move for her.

“For me, it’s playing my old teammates from my old school,” Stilwell said. “In addition, Clarkson has won the Liberty League for volleyball the last 5 straight years, so I think for the team, along with a new rivalry, the girls on the team really want to take the league by storm.”

Dulfer said it will quickly be established whether or not the Bombers can keep up with the rest of the league.

“That’s the really exciting part about this because we’re going to find out pretty quickly if I’m full of it,” Dulfer said. “This year we’ll have some incredible teams come to the gym here, and I think it’ll be a great opportunity to see how good we can be.”

Volleyball team falls in second round of NCAA Championships