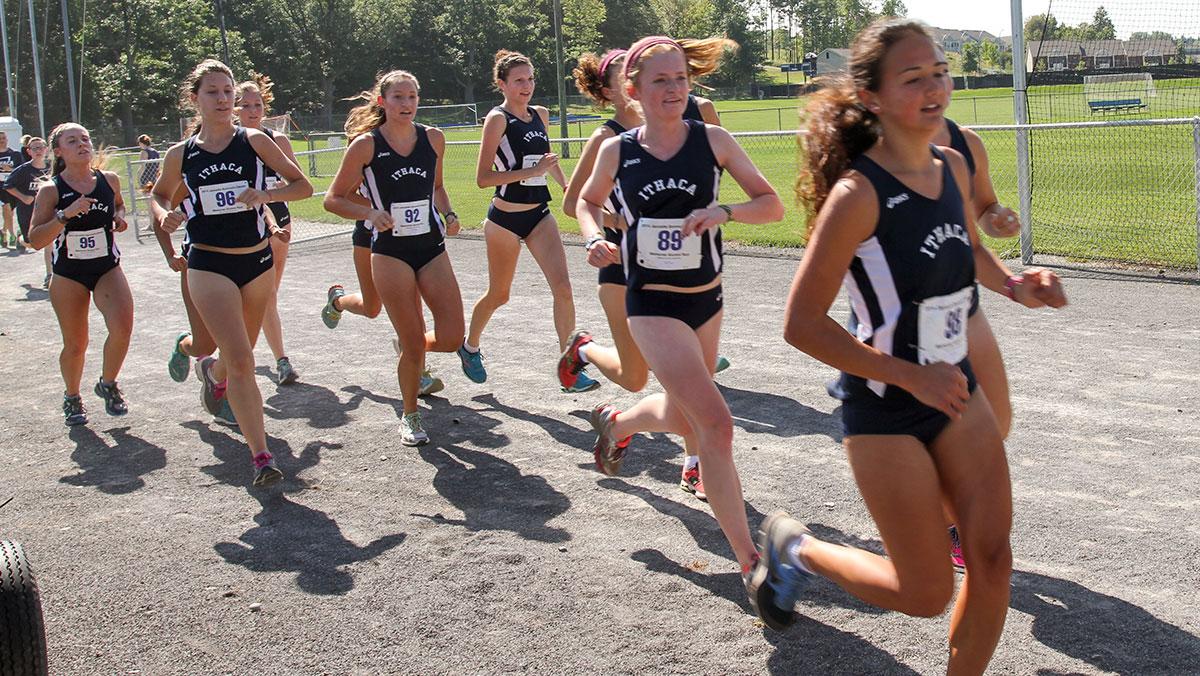 Over the summer, women’s cross-country head coach Erin Dinan expressed her plans to put together a smaller and more competitive group of runners. To do this, she decided to cut the team down to 19 runners, as compared to last year’s 27. As a result, this fall marks the first season the South Hill squad will compete with a downsize in its number of runners.

Dinan said she felt cutting the team down would further increase its chances of success this season. While no runners from last year’s team were cut from the squad as part of the downsizing, reducing the size of the team has meant fewer prospective runners  have had the opportunity to compete this fall, with only three new runners joining the team. Yet Dinan said she believes the change was imperative.

“It is a necessary step to ensure our team remains competitive in the quickly developing region we are in,” Dinan said.

In order to determine who would compete on the team this fall, Dinan held a series of timed trials in late August, prior to the Bombers’ first race. The goal was to complete a run in the designated time Dinan had set, but in an attempt to challenge the runners, Dinan did not tell anybody what the required time was until they had completed the run. Senior captain Meghan Cass said this forced the runners to push themselves in order to prove that they deserved a spot on the roster.

Senior Hannah Wright said Dinan’s decision to reduce the size of the team has had the intended effect of building a stronger bond between the remaining runners.

“A smaller team allows us to be more competitive and form closer connections with our teammates,” Wright said.

Freshman Georgia Caplen said she was not used to competing on such a small team, coming from a team of about 100 runners at Long Beach Polytechnic High School in Long Beach, California. Yet she said she has come to recognize the advantages of the Bombers’ smaller squad.

“I think that having a smaller team allows everyone to get personal help, and we are able to plan our workouts accordingly to best suit everyone on the team,” Caplen said.

While a smaller squad seems likely to create closer bonds between teammates, the downsizing of the team has also come with certain disadvantages. Cass said carrying fewer personnel puts increased pressure on the competing runners.

“One disadvantage to not having a big team is that we don’t have as much depth in case of injuries or illnesses,” Cass said.

Beyond demanding a higher level of fitness from the runners on the team, a smaller team has also meant the exclusion of athletes who would otherwise be competing. Senior Anastasia Diamond said she has felt the absence of other runners.

“We lost some really great girls,” Diamond said. “Everyone brings a special quality to the team in their personality, different academic backgrounds, as well as their running abilities, so it took some getting used to not seeing some girls at practice.”

Though carrying a smaller squad has some disadvantages, Cass said the downsize has primarily been a move in the right direction. Not only has it meant stronger bonds between teammates, Cass said it has also helped to increase the focus and efficiency of the runners during training.

“The biggest difference that I can notice between this year’s team and last year’s team is the dedication from every athlete,” Cass said. “We are all very focused on a common goal and committed to working towards that goal every day.”

Dinan said as the season moves forward, the ultimate goal for the entire team is to compete well at the Empire 8 Regional Championship and have runners qualify for a third consecutive appearance at the Division III NCAA National Championships.

While it was difficult over the summer to measure the effectiveness of Dinan’s plan for a smaller team, Cass said runners on the team have come to enjoy the advantages of training and competing with a downsized squad.

Cass said she stands behind her coach’s choice to carry less runners on the team this season.

“I completely support Erin’s decision to have a smaller squad this year,” Cass said. “I think it has created a great team atmosphere during practices and meets.”

Along with competing well at regionals and nationals, Wright said she hopes to continue enjoying the strong relationships the team has developed together.

“We are all looking forward to nationals, but more importantly we are excited to keep working hard together and having fun,” Wright said.