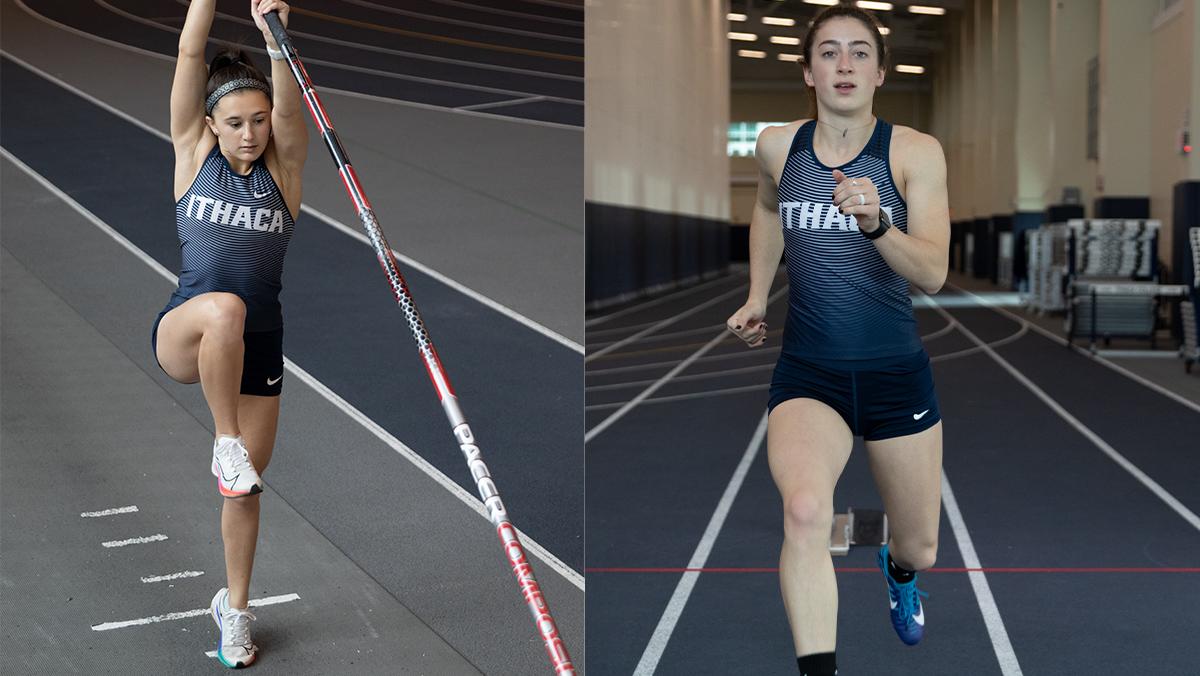 After a successful Spring 2021 season that saw the Bombers win national championships in three different events, the Ithaca College women’s track and field team is returning to action for its indoor season.

Although the team will have to replace Hannan and other key contributors who moved on after last season, Potter said the team has a lot of returners who are hungry to compete indoors for the first time since 2020.

“I think they’re excited about returning and getting back to the national meet indoors since we got sent home in 2020 the day of [the meet],” Potter said. “I think the returning group is strong, hungry and confident. I think something that I’ve really noticed in this group is that they’re not talking about nationals, and it’s not like the elephant in the room. So I think that combination, with those returners and the incoming class, I think we have a really strong group moving indoors.”

Prior to the cancellation of the 2020 National Indoor Championships, the Bombers were coming off their 13th straight conference championship. The team had 10 athletes qualify, as well as the men’s team having three other athletes. The 13 combined athletes was the most the college has ever sent to compete at the NCAA Indoor Championships.

Potter said the team designs its schedule for the year to treat its indoor season as a build-up so it can peak in February and May. The team regularly does group activities like yoga and water aerobics to stay fresh and help keep the mood light, as well as to build team chemistry. Potter said she believes the side activities will help the team this year, but she also believes fewer COVID-19 restrictions will allow the team to compete at an even higher level than it did last spring.

“It’s a little bit less concerning that most of us are vaccinated, but we’re all still taking precautions,” Potter said. “Now, [the athletes] have the ability to be at least social and hang out with their friends, go to the farmers market or the Apple [Harvest] Festival. But now, just the ability to do other things like going to class be in the physical presence of academia. The best part of Ithaca is the hands-on experience. So, absolutely, I think their performance level will be at a higher level, just because they don’t have all of these concerns stacking up on each other.”

Bruce, who is also a team captain, said activities like getting into the pool have been a nice way to physically recover from practices while also relaxing and having fun with her teammates. She added that it has been a good way to get to know the incoming freshmen class, who have quickly made a strong impression on the team.

“I think we have a really strong freshman class not only in athletic abilities, but they bring so much positive energy and just like good vibes to the team, basically, they’re really fun to go to practice with every day,” Bruce said. “They’re so young and new. This is a really good group of freshmen. I feel super lucky to have them and get to be their senior and get to be their captain. They’re just really young, eager — they try everything. They don’t really shy back down from a challenge, and I think that they’re going to be a really key piece to our success this year.”

The team is adjusting to once again having a full year of track and field since it did not have an indoor season in 2020–21 due to the COVID-19 pandemic. Brown said the upperclassmen have been helping the freshman members make the adjustment in terms of talent level, but also for preparing them for the season mentally.

Looking toward the season, Bruce said her individual goal is to be a national champion for both the indoor and outdoor seasons in the heptathlon and pentathlon. Bruce also said she is aiming to set the school record in the 60- and 100-meter hurdles as well.

Coming off an individual national title, Matheny does not have many people to chase after in pole vault. For her, the bar is set higher than anyone else in Division III in more ways than one. Matheny said she is looking to repeat as champion in the Liberty League Championship, NCAA Regionals Tournament and NCAA Indoor Championships. However, Matheny said the team has similarly big goals for itself.

“We placed nationally last year, and I think we just kind of want to improve upon that,” Matheny said. “I think we have a lot of people who are really poised to have really awesome seasons and score points at a national level. Our ultimate goal every year is to win a national title. So, just kind of drilling that mindset into our team culture, and just building on that and pushing everyone to set their goals as high as they can.”

The Bombers begin their season Dec. 4 at Barton Hall at Cornell University in the Greg Page Cornell Relays in Ithaca.