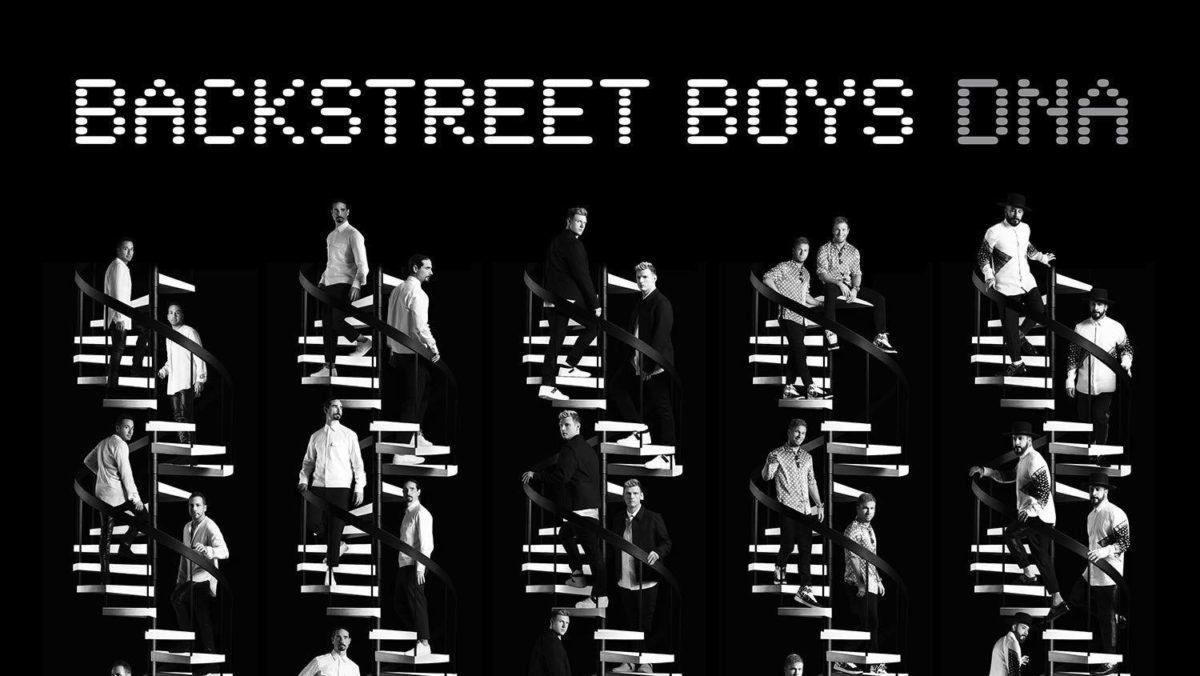 Sony Music Labels Inc.
The Backstreet Boys are back on the music scene with their album "DNA." This addition to their list of works is a perfect combination of the current music industry trends and the group's classic pop sound.
By Noa Covell
Published: February 3, 2019

From the iconic ‘90s boy band that brought audiences timeless songs like “I Want it That Way” and “Everybody,” comes a new album called “DNA.” The Backstreet Boys has resurfaced into the mainstream music scene once again.

After first debuting a new single in summer 2018, it immediately became a hit and continued to receive waves of positive feedback from listeners. This sent its song flying past artists like Drake and The Chainsmokers on Billboard’s Hot 100 Chart. It showed listeners and loyal fans alike that the Backstreet Boys has not lost any of its magic touch and feel-good musical genius.

“DNA,” is jam-packed with different techniques that set its music apart from other artists’ work. The Backstreet Boys utilizes slow tempos and rhythms in songs like “Is It Just Me.” It features slow, delicate synth patterns, paired with a high register main vocal laid on top of a steady bass. “The Way It Was” also has a slower tempo, with emphasis on the constant percussion line in the background. The additional backup choir adds to this track and gives the song an even fuller sound. Songs of a similar tempo on the album contrast with the other, faster tracks like “Don’t Go Breaking My Heart,” “Passionate” and “Chances.” Just like the slower songs add something to the album, the quicker songs bring something, too. They’re intense, complex and danceable, and hook listeners in a way only music from the Backstreet Boys can.

Additionally, the lyrical storytelling aspect to each track on “DNA” made the album not only a musical masterpiece but also made each song feel complete, with a beginning, middle and end. Songs like “Nobody Else” and “No Place” bring a timeless story to the track with descriptive words with straightforward meanings. Metaphors in the lyrics from “No Place” like

“You’re a wild night with a hell of a view” and “You’re my Memphis, New York, New Orleans all rolled into one,” are feel-good because of the innocent, sweet and sincere imagery of love. The Backstreet Boys are able to create lyrics that are relevant to today’s times. They’ll be applicable for years to come and will evoke the same emotion they do now to future audiences.

Since their rise to fame in the 90s, the Backstreet Boys is still leaving its footprint in today’s music industry by showing audiences its ability to change with the times to fit modern music trends. Looking back at the band over the last two decades, its won Billboard Music Awards, MTV Music Video Awards and a People’s Choice Award. The Backstreet Boys, the highest-grossing boy band of all time, has been able to carry its success from two decades ago into today. The boys have been able to prove that with their 12 new songs on “DNA,” they’re back and here to stay.