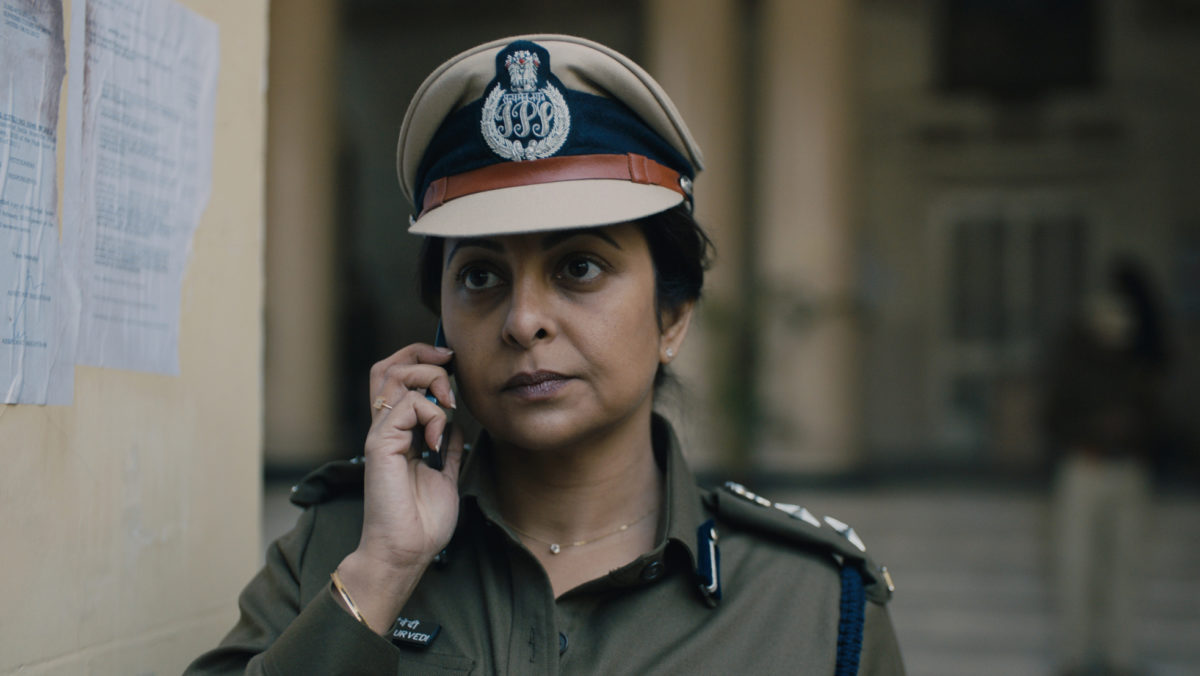 A young man and young woman lie naked on the side of a road in Mahipalpur, India, at nighttime. They are badly injured, holding onto each other. They are found and then taken to the hospital by the police. The young woman had been beaten and was covered in blood. The police officers look at her with sorrow as she says, “They did terrible things to me. Don’t tell my father.”

Delhi Crime is a Netflix original series based on a true story that ignited changes in the Indian law system in 2012. The plot revolves around the search led by the deputy commissioner of police (DCP) to find the culprits of this crime within a few days.

Dipika (Abhilasha Singh), a teenage girl, and her boyfriend were headed back home after a night out at the movies. They boarded a bus with only six male passengers, including the driver and conductor. After a confrontation with Dipika’s boyfriend, Akash (Sanjay Bishnoi), the passengers began assaulting them. They injured Akash with an iron rod and then dragged Dipika onto the back of the bus where they raped her and mutilated her. The rape scene is never shown, but it is described by one of the main offenders and the victim herself. The description alone is disturbing enough to elicit a deep visceral feeling of disgust. The artistic choice to not include the graphic rape scene was tasteful. With such a disturbing and violent subject matter, physically showing the scene would have accomplished nothing but shock-value.

Vartika Chaturvedi (Shefali Shah), the DCP of the South District in charge of the gang rape case, is a vital character in this show. The fearless passion and dedication to finding the perpetrators that Shah brings to the character strengthen the show.

The momentum in every episode is apparent. Vartika pressures the officers involved in the investigation to find the criminals within just a few hours — no one is allowed to go home until all the culprits are found. Shah’s acting is powerful and assertive. The exhaustion the characters portray while fighting for justice for Dipika adds to the emotional and suspenseful plot.

The cinematography of the show also adds to the dark story. The setting is shot in mostly dimmed lighting. Most of the plot takes place in a police station that is barely lit, amplifying the melancholy tone of the series.

The intense plot, which focuses on the brutal crime and subsequent battle for justice, evokes anger and heartache. The confession is a significant moment in the story, especially when watching Vartika’s attempt to withhold her tears.

Actor Mridul Sharma, who played suspect Jai Singh, is convincing and evocative. The expressions and gestures during the beginning of his questioning are believable. However, when he finally gives in to Vartika, his facial expressions quickly change. He turns into a completely different person, a scary and soulless human. This change allows Shah to immerse herself as Vartika, and he gives the appropriate response to Jai’s comments in a realistic and emotional manner.

The investigation continues in hopes of finding the other men. Vartika struggles to watch her daughter, Chandni (Yashaswini Dayama), be ashamed of her city. This places more pressure on Vartika as she tries to show her daughter the good in society. Vartika’s character is tested as she attempts to manage the case and her daughter’s feelings. The crime sheds light on the poor treatment of sexual assault cases and women as well.

The monstrosity of this crime led to public outcry. The protests against police treatment of sexual assaults are also important factors throughout the episodes as the public fought for change. The dramatization of the show places an honest and chilling view on the crime.

Some of the most memorable and impactful moments involved Dipika. It is agonizing to see her lying down on the hospital bed, barely able to speak and in critical condition. The heaviest scene of the entire show is undoubtedly the time she is finally able to give a statement to the police and sign it. It is even more difficult to listen to her description of the crime than it was with Jai especially as they zoomed in on her disfigured face.

Delhi Crime is a show that is brutally candid. The dialogue is explicit and graphic, causing feelings of uncomfortableness to emerge. Nonetheless, these elements are necessary in order to convey the importance of the event and its results. It is an emotional show that brought light to a case that called for changes in the anti-rape laws and treatment of women in India. The female victim of the true case that inspired Dipika’s character died two weeks after the attack from the injuries but as one of the show’s ending credit reads, “her legacy lives on.”