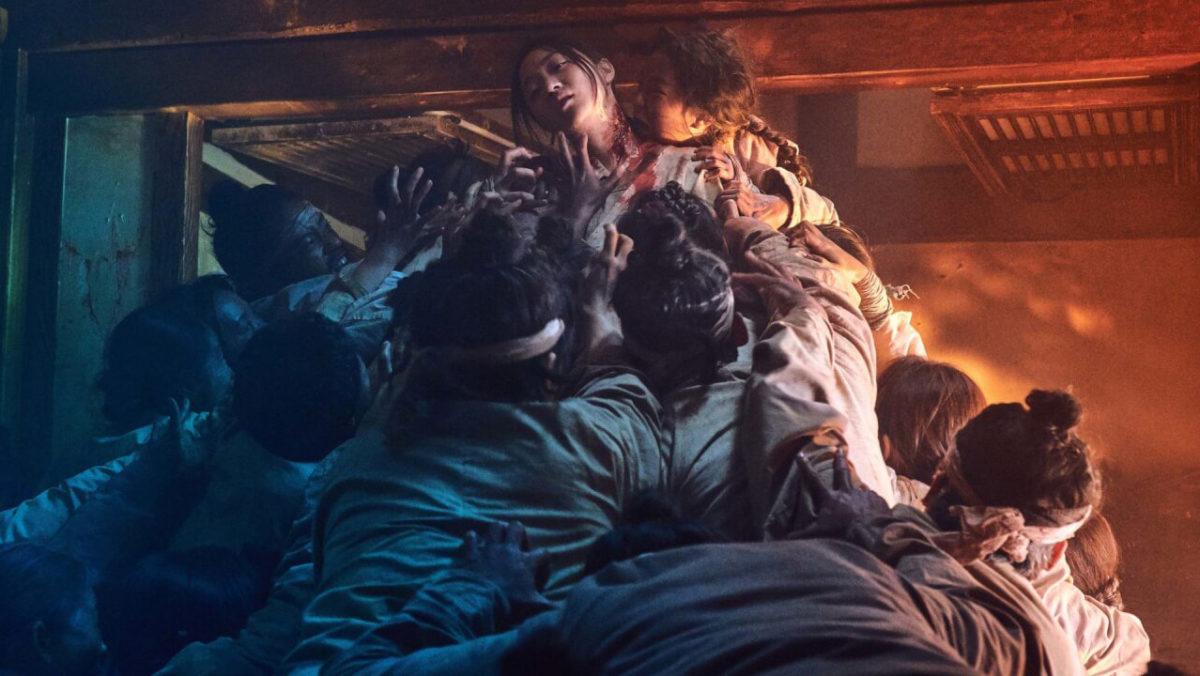 A pandemic looms over a version of feudal Korea, ruled by the totalitarian Haewon Cho Clan and its mysteriously distant king. The outbreak, which was caused by the use of a resurrection plant that turns the dead into exceptionally athletic and blood-hungry zombies, threatens the already fragile monarchy that has failed its starving people. This creates a chaotic and skillfully implemented dynamic, which makes the show exhilarating to watch

This aesthetic masterpiece, which is directed by South Korean director and writer Kim Seong-hun, crafts a beautifully cruel world that clearly establishes the enormous gap between rich and poor. Intentional audio exaggerations, like boots scrunching in shantytown mud and the bustling ambiance of wealthier settlements like Dongnae, breathe life into the world on screen.

The cinematography has a wide range of color and flavor, which is reflective of the story’s heightening conflict, as well as the dynamic tension between the Haewon Cho Clan and its subjects. In the second episode, one notable shot exemplifies this exquisitely. Two men are dumping bodies off of a boat and into a lake, the surface of which is serene, with rich and vibrant reds, oranges and greens. However, the horrors that lurk beneath, like the numerous bodies tied with hulking rocks and obscured by the blue-green haze of the water, creates a direct contrast between the two.

During the fall of Dongnae, there is a truly excellent use of camera angles that nurtures the chaos. Zombies emerge unexpectedly from all sides during the scene, and they act as a hive to stampede the streets, searching to devour anyone left alive

Minutes into the first episode, Queen Cho (Kim Hye-jun) keeps the adamant Crown Prince Lee Chang (Ju Ji-hoon) in the dark about the king’s declining health in order to preserve their authoritative power over the land. The fact that this conflict is introduced immediately sets the precedent for the show’s intensity, which becomes even more involved in the second episode.

Cinematically, “Kingdom” is effective in forging an immersive world with a wide range of locations. From the quaint village of Jiyulheon to the bustling town of Dongnae, environments are given purpose through attention to detail in the background with object placement and interaction among individuals

A prevalent issue with “Kingdom” is that characters feel underdeveloped. A portion of the dialogue between Crown Prince Lee Chang and other characters exists solely to progress the story. Despite this, there is a stellar performance by Bae Doona as the Jiyulheon nurse, Seobi. Doona, a South Korean actress who starred in the 2012 production “Cloud Atlas,” executes the nuanced script exceptionally well by accelerating the plot in ways other characters struggle to do.

The makeup and costumes that went into creating the zombies couldn’t have been done better. Everything from the monstrous sounds they make to the intimidating style in which they move instills a persistent sense of fear. The creatures are unstoppable and agile, which justifies the characters’ reactions on screen.

Overall, “Kingdom” employs some fascinating cinematography, worldbuilding, and choices by the director that make the show both entertaining and exciting. What it lacks in its plot is easily compensated with how well the environments on screen are brought to life. With six episodes, all around 45 minutes in length, it is worth the thrilling watch.