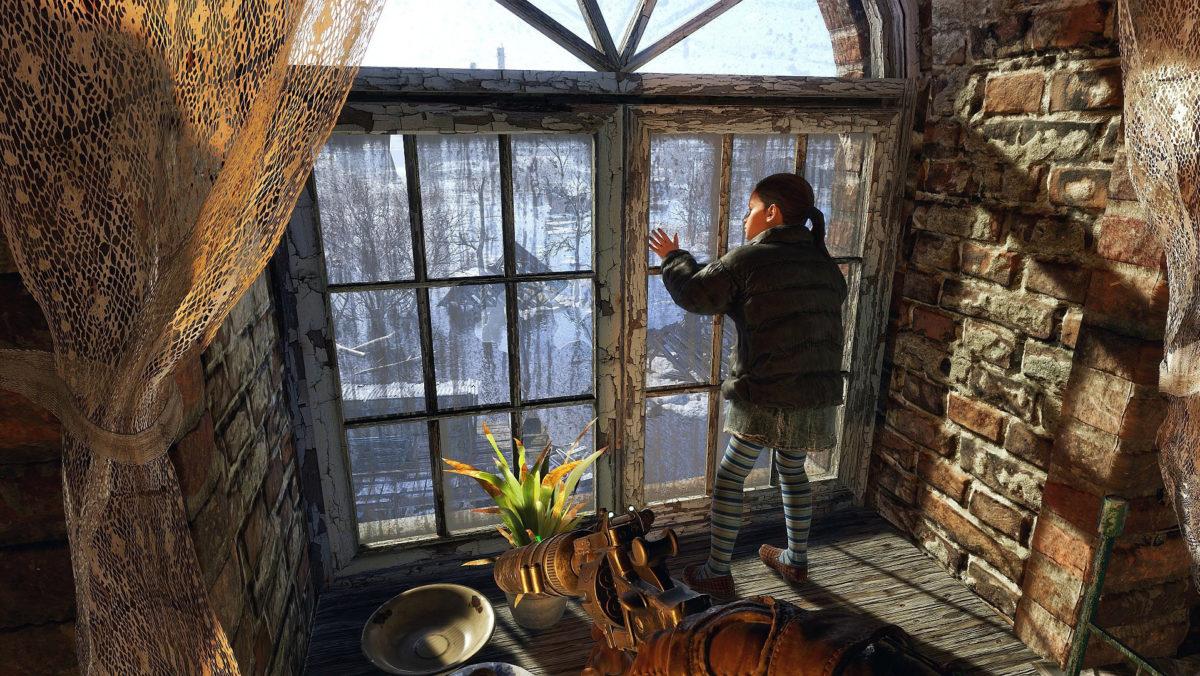 4A Games
The apocalyptic first-person shooter is incredibly immersive and uses sounds, environments and suspense to draw the player into the virtual world. New game mechanics also enhance the experience.
By James Baratta
Published: March 5, 2019

“Metro Exodus,” a first-person shooter by 4A Games, is a deep, intoxicating inhale of contaminated air that has players fastening their gas masks and jumping straight into a world where survival is not guaranteed. The game provides an impeccable display of nuanced and dynamic wastelands that are new to the Metro series while still retaining the streamlined features of previous games.

In this most recent title, the story takes place in a postapocalyptic version of Russia in the year 2036 and follows the journey of Artyom, the main character from prior titles like “Metro: Last Light” (2013) and “Metro 2033” (2010). In “Metro Exodus,” Artyom seeks life beyond the Metro, which is the vast underground subsystem of Moscow inhabited by an array of statocratic factions that are in constant conflict with one another.

The game follows a level-based storyline, but free roam mechanics are also allowed and possible in specific stages. The plot, while vague at times, provides an incentive to explore the highly detailed regions of each level. Missions don’t feel repetitve, and the expeditions leave it up to the player to devise their own way of progressing through the game’s story — often, the choice is between the typical stealth approach or going in guns blazing.

The four varying stages of Metro Exodus are diverse in that they consist of smaller regions like the Volga River — which includes icy shorelines filled with mutant crustaceans and abandoned structures where cultists roam — along with larger spaces like the Ryn Desert, a location that is filled with zombie-like humanimals and ruthless raiders who operate rustic vehicles that feel similar to “Mad Max” that blend in almost too beautifully with the level’s sepia-tinted environment.

The world of Metro is unforgiving, and danger lurks around every corner. Creatures emerge from the shadows of ruined buildings, and faction-backed survivor groups target Artyom from strategic areas.

Those looking for a real challenge should play on ranger hardcore mode. This difficulty implements the true Metro experience, which is nothing short of sparse ammunition, a virtually nonexistent head-up display (HUD) and the total absence of a crosshair.

Artyom has to be wary of both hostiles and his own survival. Although food and water aren’t a factor in Metro’s survival mechanics, ingredients for crafting supplies like medkits, ammunition and gas mask filters are scattered throughout the game’s levels — this is highly immersive, flows nicely during gameplay and generally helps the game along by having the crafting mechanics be quick, easy and available at all times.

This new mechanic is Artyom’s portable backpack. It includes a workshop that can be used to customize weapons and use crafting supplies. This mechanic improves on weapon customization in previous titles by providing a nuanced way to customize weapons in Artyom’s inventory for different situations. The backpack allows for an instant change of weapon attachments and is allowed during combat, a feature that also keeps the flow of the game going.

Metro’s ability to immerse the player goes deep by creating an ambiance that forces a sense of caution when exploring new areas. Aurally, the sounds of creatures screeching while Artyom explores darkness instills a creeping sense of fear for potential jumpscares. Visually, sandstorms in the desert level and thunderstorms in the Volga level distort vision, details which ultimately provides a similar feeling.

“Metro Exodus” is an overall success in storytelling and world-building. Although its storyline seems convenient and predictable at times, the interaction possible with the Metro world expands on the linear campaign of the previous titles as a result of newly introduced game mechanics.