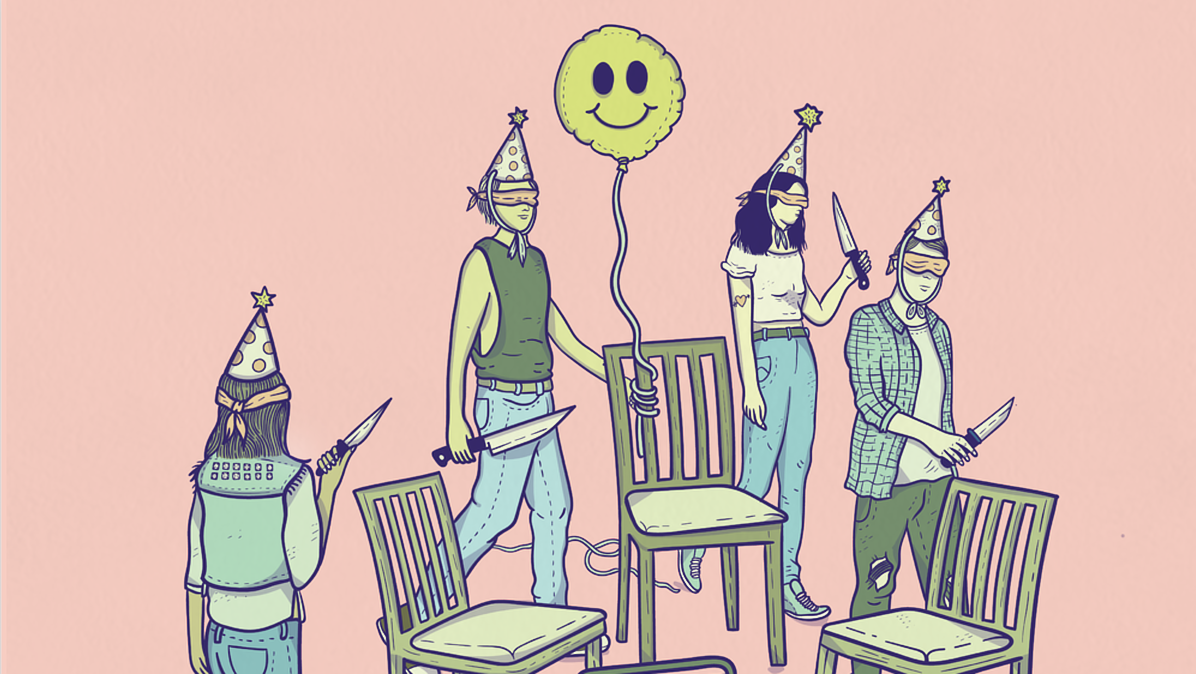 Rise Records
"Morbid Stuff" confronts hardcore, deep topics and explores the band's sound. However, all of the songs sound relatively similar and blend together into an unidentifiable mess.
By Alex Hartzog — Staff Writer
Published: April 15, 2019

Having a unique sound can make or break a band. The group has to evoke a feeling that separates it from the rest of the crop, and PUP has remained consistent with its trademark sound in its newest album, “Morbid Stuff.”

PUP — short for Pathetic Use of Potential — was originally named Topanga, after the members’ favorite character from “Boy Meets World.” The band later changed its name to PUP to differentiate itself from its original music, which had a sound the members said they felt was much lighter than the music they were beginning to adopt.

With the release of “Morbid Stuff,” produced by Rise Records, the band has waded into the pop–rock genre.

The title song, “Morbid Stuff,” is upbeat and sounds rather far from the band’s punk roots. Much of the song alternates between a riff that sounds straight out of a summer jam and the distinctive tones of punk rock. Normally, this would be rather jarring, but the lyrics behind the beat make use of the tonal shift. In the lyrics, “I said, ‘I don’t know what you want me to say’/ I stood by watching as your world went up in flames,” the theme changes with the sound, switching between a rather calm disposition to one of utter chaos.

The rest of the album feels vaguely the same as “Morbid Stuff,” with many of the tracks bleeding into one another. It would be rather difficult for a listener to tell where one song ends and another begins without explicitly watching the playhead switch to a different track. Each song feels practically the same, and this similarity prevents the listener from grasping the feeling of each. One of the only songs that does not fall into this trap is “Full Blown Meltdown,” which has a much harder rock beat than the rest of the album. “Full Blown Meltdown” feels like it was ripped straight out of a screamo album. This song cranks the volume up all the way, assaulting the listener with a cacophony of sound that somehow still sounds like a PUP song. The track ends with a strikingly mellow bridge that leads straight into the penultimate track of the album, “Bare Hands,” a song that acts as a bridge between the extreme “Full Blown Meltdown” and the remaining regular PUP fanfare.

PUP’s distinct sound makes heavy use of major chords on the guitar and drum set accents on chord changes coupled with harsh vocals. These musical motifs are present in every song on “Morbid Stuff,” with brief respites of calmer vocals in some, making the rasp in singer and guitarist Stefan Babcock’s voice a distinguishing part of the band’s identity.

Despite the intensity of its notable music patterns, the band’s music still manages to feel laid-back. This is accomplished through chord progressions that resemble more laid-back music styles like funk.

The final song, “City,” is a track that punches the listener in the gut, singing about love lost and feelings of despair. The track is best summed up in its final verse: “There’s this battle raging in me/ Don’t want to love you anymore/ But I can’t help it.” This comments specifically about a challenge many people face after a breakup and perfectly summarizes the album as a whole.

Throughout the album, each song symbolizes various morbid or hard-to-talk-about topics. “Morbid Stuff” highlights disturbing thoughts; “Full Blown Meltdown” comments on the frailty of the mind, and “City” goes in depth about relationship struggles. Every song has a story to tell, and all come together to make “Morbid Stuff” a cohesive album.

“Morbid Stuff” covers a wide range of content within its lyrics and melodies and keeps a consistent tone throughout the entire album. With every song sounding similar, the track list, while having a sense of cohesion, fails to truly entice the listener.