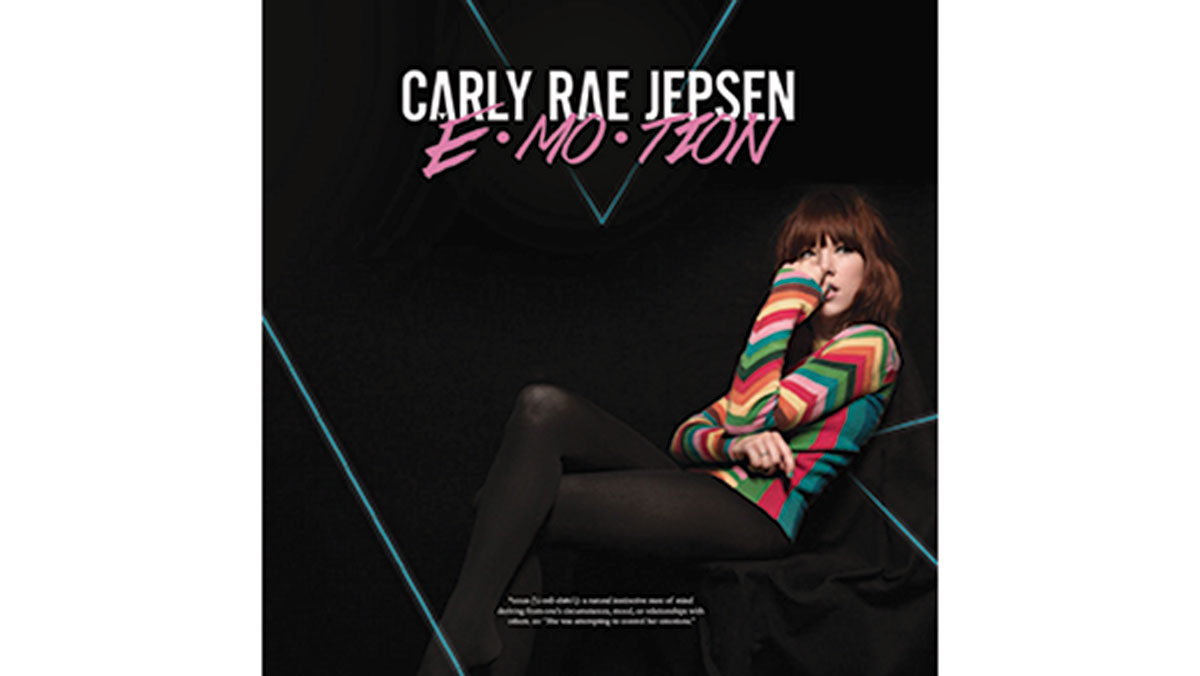 Following her smash hit “Call Me Maybe,” Carly Rae Jepsen was nearly written off as a one-hit wonder. However, “E-mo-tion,” her latest release, promises she has far more to offer. Jepsen’s songwriting is nothing terribly novel, but it does mesh seamlessly with the sonically pleasing production. Her pop-fueled follow-up feels electric.

Singer-songwriter Jepsen brings her A-game: Nothing about this record feels lazy. Her voice is at its best on standout track “Your Type,” straining as she grapples with unrequited love. Her voice never feels as powerful for the rest of the album as it does on this track. Her singing is solid and brings additional vitality to a memorable chorus.

The lyrics on the album tend to be a bit cliche but are fairly pleasing. A standout is “L.A. Hallucinations,” one of the few tracks on the album not about a lover. It talks about Jepsen’s arrival in the City of Angels and the emptiness that prevails. The bridge of “Buzzfeed buzzards and TMZ crows” will stay in one’s head long after hearing it. It stands out for being more personal: She has legitimate gripes with the media, and she tries to work through it on the record, which is still pop flavor layered with instrumentation.

“E-mo-tion” is a breezy album, but there is some nuance in the production. Saxophone is used sparingly, but to tremendous effect on “Let’s Get Lost.” On “Warm Blood,” Jepsen’s voice remains nearly a whisper as the beat builds not to a drop, but another chorus. This complements the lyrics about Jepsen’s blood pumping faster. It’s subtle and helps make each track a bit more exciting. Each track presents new quirks, heavier bass or complete tone shifts, and they’re a joy to listen to. The album goes by fast and thumping, as pop music should.

Jepsen has created a truly great pop record — one that moves quickly and vivaciously. It’s clear that she has grown as an artist in the past three years.