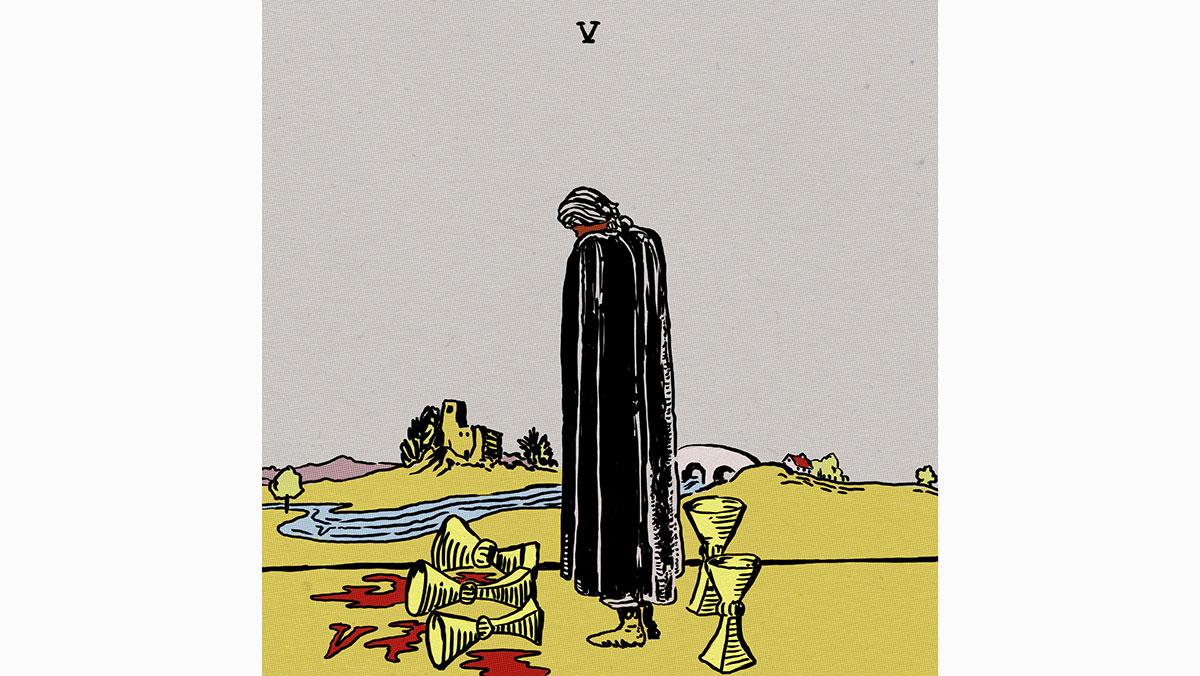 Psychedelic-rock group Wavves is back with its fifth release, “V.” Nathan Williams, the face behind Wavves, struggled with Warner Bros. back in July to preview the album to fans. After failing to release the preview songs, the fans’ anticipation for the new album increased. As a result, “V” has fans bopping and raving about their favorite emo artist from San Diego. The album, released Oct. 2, features a perfect balance of passive-aggressive lyrics and flowing guitar solos.

The first track, “Heavy Metal Detox,” emphasizes the entire tone of the album. Though it suggests negative, complaining lyrics to follow, such as, “Have I lived too long? Why does my head hurt?” the album balances stereotypical pop-punk lyrics with complementary positive lyrics like, “It only gets better” in “Pony.”

“V” creates minimal transitions between each song. This lack of transitions is expressing Williams’ reluctance to change, an underlying theme in most of the songs off “V.”

The early-release song “Flamezesz” offers an energetic, electronic sound, similar to that of the split-album Wavves and Cloud Nothings produced earlier this year. The song sticks out with a catchy keyboard solo, along with fun beats to balance.

In at least three different songs off “V,” Williams makes melodic complaints about his head pain, evident in “All The Same,” “My Head Hurts” and “Cry Baby.” It’s hard to determine if the sarcastic Williams is being honest with his audience or if he is using this common theme as a technique to mock his frustration with the music industry. Overall, the album ends with an energetic, yet sad concept: “My head just hurts, turn off the lights.”

Compared to Williams’ 2010 album, “King of the Beach,” fans had high expectations with the new release of “V.” Though there is not a tremendous sound difference between the two albums, Wavves succeeded in forming a captivating electronic-rock album similar to that of his 2010 release. For all alternative music lovers, “V” is something fans don’t want to miss.