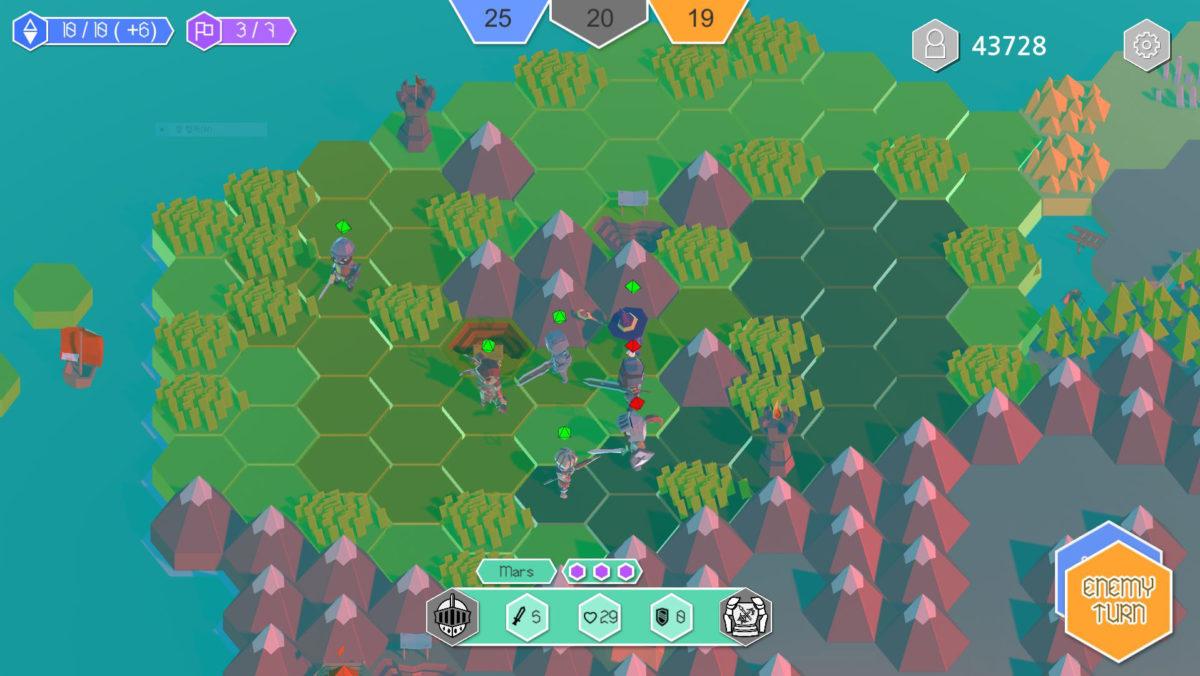 WarGround is a free-to-play, turn-based strategy game on Steam — a platform that distributes games and related media, not unlike an online Gamestop — that offers new ideas and art styles to hide a mountain of flaws.

The game is located on the continent of ‘Aisa,’ where the player must choose between two sides of an arbitrary war: Partan and Cora. Of the two sides, Partan consists of pirates, knights and the undead, while Cora consists of cowboys, vikings and samurai. The game provides a surprising amount of backstory for each playable class, exploring lusty downfalls and intricate histories. Unfortunately, the explanations are all riddled with typos. Some of the sentences become so incomprehensible that it’s impossible to extract the meaning, and thus the overarching story, from them.

The game continuously suffers from small flaws like this, which include, but are not limited to, inconsistent font styles and two songs that repeat over and over. This chips away at any integrity the game once had. Of course, the classes and their backstories don’t matter much in the end, as the game can be played without the context of the story anyway. This begs the question, why create distinctions between cowboys, undead or samurai at all?

The game’s greatest flaw, however, is that it’s unplayable. The combination of its multiplayer-only system and its unpopularity on the market can leave people waiting five minutes to half an hour trying to find a match. Without a single player option, players are forced to wait just to enjoy the game.

If you do match with other players, the experience isn’t that bad. The game’s movements, while not damnable, could also use a little work. During the tutorial, the player icon will pause in each box in their path until they reach the destination. In the game, this doesn’t happen. Instead, when engaging in combat, the player’s avatar’s moves have an inordinate amount of lag between the order to attack and when it actually attacks, though this will not inhibit the attacks’ effectiveness.

Despite all of this, WarGround isn’t a complete failure. The animation is cute, with a blocky, colorful style that keeps gameplay fun. The tutorial explains the rules and details well, and first–time players shouldn’t have trouble picking it up because the mechanics are relatively standard for a turn-based combat game, which is both to the game’s benefit and demise. If the player gets into a match, it can offer a constantly changing experience with all the joys of any other turn-based game.

But, ultimately, that’s all it is: just another turn-based game. It has a lot of potential, mixing together beloved archetypes, solid mechanics and a fun art style. Unfortunately, the game chooses to muddle in mediocrity rather than rise to its potential. It’s as though the creators had big ideas, but forgot to think through effective ways of doing them. Or, perhaps the game was a pet project to learn coding that was published because it could be. In the end, WarGround is doomed to get lost in the wasteland of all other mediocre Steam games.