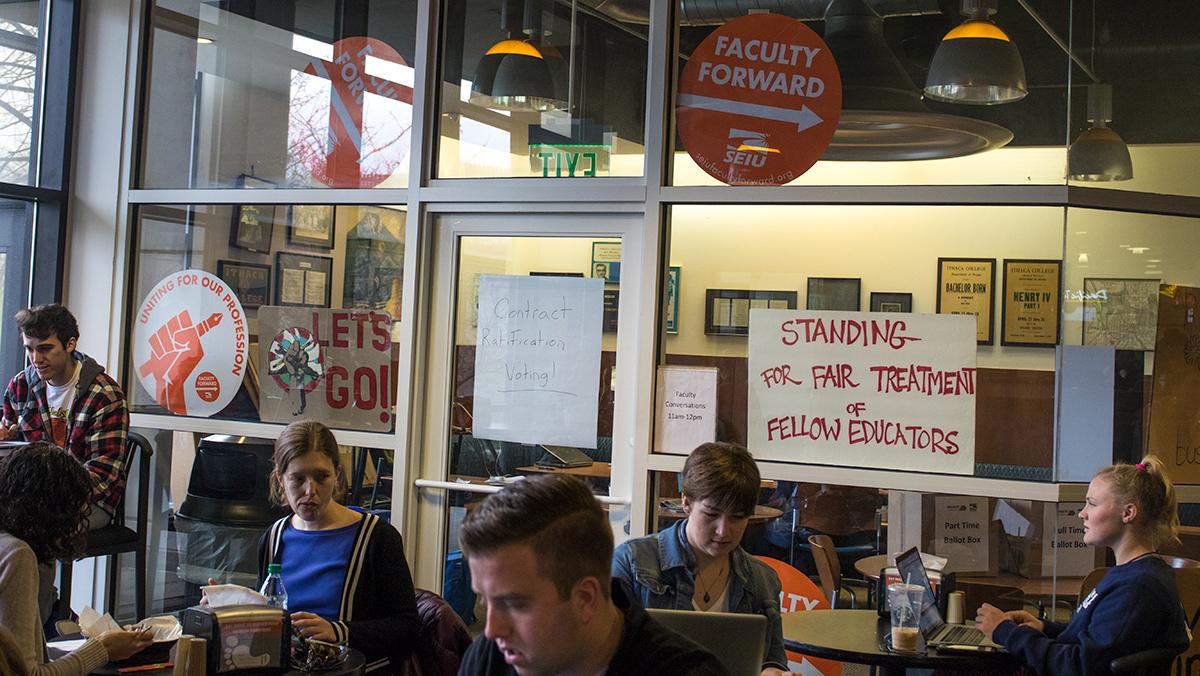 Following the Ithaca College contingent faculty union’s announcement that it has voted to ratify its contract agreement with the college, the union has shifted its energy to the pending labor lawsuit against the college.

The contract, officially ratified April 7, ensures that full-time contingent faculty will be granted longer-term contracts after working a certain number of years at the college, and it also gives the part-time faculty a 24 percent compensation increase over four years and longer-term job security. Megan Graham, assistant professor in the Department of Writing, said she is excited about the contract, which was signed by the union and the administration March 26. The union cited a majority in favor of the ratification among those contingent faculty who voted, but Graham would not disclose how many faculty members voted or what the percentage of those in favor is.

“We hope the administration will see this as the community’s outpouring of support for those fired faculty and will move quickly to make justice for those people,” Graham said.

Dave Maley, senior associate director for media and community relations, said the allegations made by the unions are untrue but that the college looks forward to cooperating with the National Labor Relations Board, as was previously reported in The Ithacan.

Brody Burroughs, lecturer in the Department of Art, said he feels relieved to know he will have more job stability and higher pay at the college. As for the unfair labor lawsuit, he said the union is attempting to reach a settlement with the college instead of taking the ordeal through a lengthy trial. The desired outcome, Burroughs said, would be to get the professors their jobs back.

“This feeling is amazing,” Burroughs said. “At the same time, three of my friends, their outcome for working on this is not good. That makes you sick, to know that when you make change, there is often cost.”
A petition has been created to protest the loss of the professors and had 600 signatures as of April 7, according to the contingent faculty union’s Twitter. However, the number of people who have signed cannot be accessed publicly.