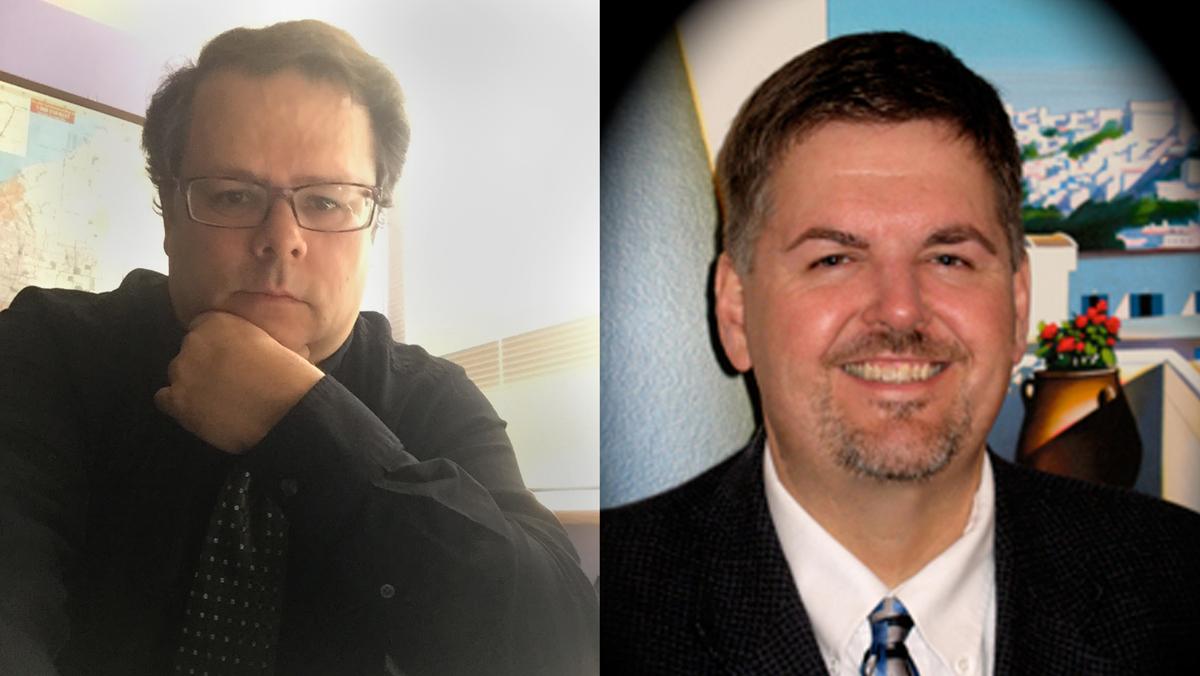 Jack Powers and Keith Kaiser will serve as the interim deans for the Roy H. Park School of Communications and the School of Music at Ithaca College, respectively, for the 2020–21 academic year.

La Jerne Cornish, provost and senior vice president for academic affairs, announced Karl Paulnack’s, dean of the School of Music, departure in September and later announced Diane Gayeski’s, dean of the Park School, departure in October. The college initially began its search for the new deans in late October. Four finalists for the School of Music dean visited campus in early March. Three finalists for the Park School dean conducted their interviews via Zoom due to the college closing because of the COVID-19 pandemic. Both dean searches for the Park School and School of Music were postponed until October because of the effects of the pandemic on enrollment and finances at the college.

In an email to members of the Park School, Powers said he is afraid of the impact of the pandemic on the college, but will work to advocate for the Park School.

“I’m not serving as interim dean because I have aspirations for upper administration, but, rather, because I love this place,” he wrote. “I love Ithaca College, the Park School, the alumni, the students and my colleagues. It’s much more than a job to me.”

Powers said in an interview that as interim dean, he wants to be a bridge from a pre-COVID-19 world to a post-COVID-19 world. He said his main priority is the health and safety of the students and faculty.

“If we are going to be in person in October, we have to have protocols in place to protect students and faculty,” Powers said.

Gayeski said she thinks Powers is an excellent teacher and will be a successful administrator.

“It goes without saying that this is a time of unprecedented challenge for both higher education and for media-related industries,” Gayeski said. “He is the perfect person to lead us through these turbulent times.”

Kaiser said he is aware of the responsibility that comes with being the interim dean and is looking forward to stepping into the role.

“I would like to see us continue our important curricular conversations and to refocus on our shared mission, vision, and guiding principles,” Kaiser said via email. “Furthermore, I expect to be focused significantly on leadership related to faculty and staff development, to student success, and to cultivating a strong and vibrant community.”

Paulnack said he is grateful that Kaiser offered to serve as the interim dean.

“This is a challenging time for education everywhere, and a very tough time to be a dean at any school,” Paulnack said via email. “It’s a hard job. It is a sign of Keith’s utter devotion to this school, his students and his colleagues, devotion which he has demonstrated for decades now, that he is willing to step into this important role. I speak for all of us in saying he will have our sincere gratitude and our complete support.”

Kaiser and Powers both said they will not be teaching their normal courses during the 2020–21 academic year. Powers will teach S’Park, the course for incoming freshmen Park students, a course that is typically taught by the dean. Kaiser said he is optimistic about the future of his teaching once a new dean is found.

“I’m an educator at heart and will look forward to opportunities to teach in the classroom again in the future,” Kaiser said via email.

In separate Intercom statements regarding the interim deans, Cornish said she is confident in both of their abilities to lead the schools.

“Professor Kaiser has the administrative and leadership skills that are necessary to ensure the continued success of the school in the coming year,” Cornish wrote in the statement. “I am very pleased that he has agreed to serve in this capacity and I look forward to working with him in his new role.”

Cornish also said she thinks Powers’ experience makes him a good fit for the position.“The Roy H Park School of Communications is in good hands with Jack during this transitional period,” Cornish wrote. “His service as a faculty member and department chair provides us with the experience and knowledge that’s necessary to lead the school until a new dean is found.”