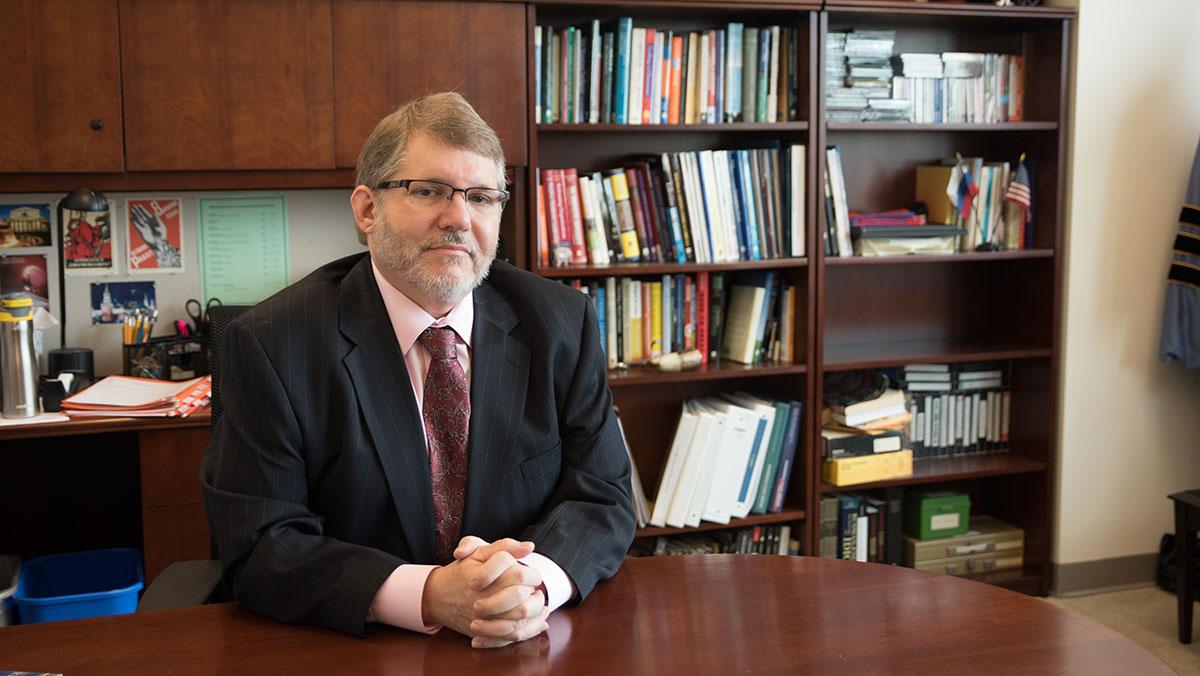 Amanda den Hartog/The Ithacan
Benjamin Rifkin, provost and vice president for educational affairs at Ithaca College, will resign July 31 and return to teaching. He joined the college in June 2015.
By The Ithacan
Published: July 19, 2016

Benjamin Rifkin, provost and vice president for educational affairs at Ithaca College, announced he will resign from his administrative role, effective July 31. He will remain a tenured professor in the Department of Modern Languages and Literatures.

When Rifkin was hired as provost in 2015, he was also appointed as a tenured faculty member, a common practice for administrative members in higher education.

“It has been a tumultuous year, for all of us on campus,” Rifkin stated in the July 19 Intercom announcement. “During this time of transition, I have decided that it is best for me and for the college that I resume my role as a professor and contribute to the mission of the college through my work on the faculty.”

In January 2016, Tom Rochon, president of the college, announced his resignation, following a semester of student protests in the wake of a number of controversies regarding race, diversity and inclusion at the college. The protests and administrative response drew national attention to the college and prompted votes of no confidence against Rochon.

On May 4, two faculty members — Thomas Pfaff, honors program director and professor in the Department of Mathematics, and Patricia Spencer, faculty director for service learning in the Office of Civic Engagement and assistant professor in the Department of Writing — announced they would be stepping down from their positions, citing interactions with the Office of the Provost.

“Because there are many serious concerns about Ben Rifkin’s ability to function as the leader of academic affairs, support an immediate review of his performance to determine if he should remain as the provost,” the faculty and staff letter stated.

Rifkin and Rochon did not immediately respond to a request for comment.

In Petrosino’s place, John Sigg, associate HSHP dean, will serve as the school’s interim dean until a new provost is selected, according to the announcement.

Petrosino did not immediately respond to a request for comment.

President Tom Rochon stated he will leave the search for a new provost to the next president of the college.

“It is in the best interest of the college to allow the next president to select a new provost who is most compatible with his or her vision and leadership approach,” he stated in the announcement.

Rifkin came to the college June 1, 2015, from The College of New Jersey, where he was dean of the School of Humanities and Social Sciences and a professor of world languages and cultures.