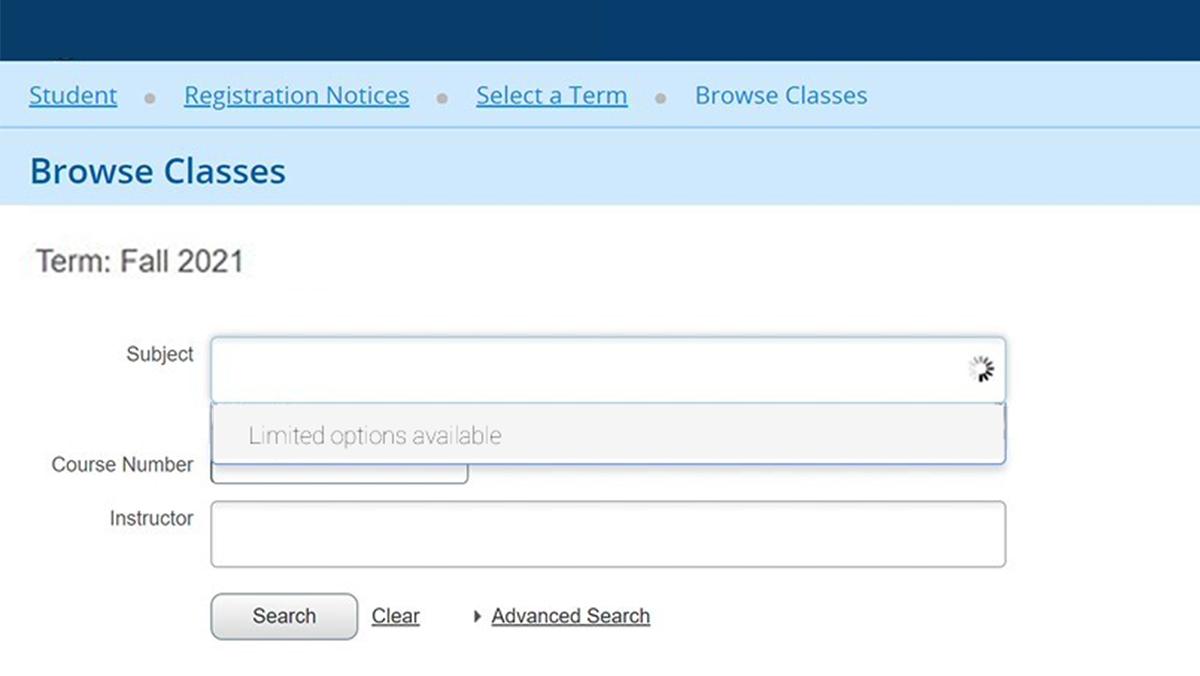 Kate Wolfel/The Ithacan
Some students and faculty at Ithaca College are finding that low enrollment and faculty and program cuts made as a result of the Academic Program Prioritization (APP) process have affected course registration for Fall 2021.
By Syd Pierre — Staff Writer
Published: April 22, 2021

Sophomore Molly Danieli had planned to take Digital Recording and Editing — a class required for her major — in Fall 2021. However, she was shocked to find that the course would not be offered in the fall. Danieli, who planned to study abroad during Spring 2022, said she was told the course would be offered then.

“I’m going to end up having to push it to my senior spring, which is a little annoying, but it definitely was a difficult thing to figure out,” Danieli said. “I had to send a lot of emails to a lot of people.”

Some students and faculty at Ithaca College are finding that low enrollment and faculty and program cuts made as a result of the Academic Program Prioritization (APP) process have affected course registration for Fall 2021.

Course registration for the fall began April 13 and goes through April 22 for continuing students. Registration opens July 26 for incoming freshmen and deferred students.

According to the Office of the Registrar, in Fall 2020, the college offered 2,560 sections — multiple offerings of a course, which include labs, drills, recitations and other non-credit bearing sections — for students to take. In Spring 2021, there were 2,631 sections offered.

“There are some courses that are high demand, and there are also courses that are very low demand, and you have to have a certain amount of students per course to be successful,” Levine said. “We’ll add classes, we’ll cancel classes, faculty will shift around. That’s just the nature of the course schedule in any semester.”

Levine said she has not seen increased concern from students and faculty about the course offerings but said the decrease could be attributed to lower enrollment at the college.

“It would make sense to me, just from an outsider perspective looking in, we do have less students, so we probably wouldn’t be offering the same amount of seats,” Levine said.

According to previous reporting from The Ithacan, Laurie Koehler, vice president for marketing and enrollment strategy, said enrollment numbers for Fall 2021 could be released late in the summer.

Jennifer Herzog, lecturer in the Department of Theatre Arts, said she has been teaching Acting I at the college for 11 years. In a typical semester, one or more sections have spaces available for students who are not theater majors or minors.

“Every single semester without fail, I’ve had students tell me that they’ve been trying to get into the class for years and have finally gotten a spot,” Herzog said. “So the fact that there are none available right now, it just breaks my heart because there are students who were looking forward and trying to get into Acting I every year and didn’t succeed. And now who knows if they’ll ever get a chance to take Acting I.”

Some students are finding that the decrease in course offerings has impacted their course registration, leading them to shift around their schedules to fulfill requirements.

Junior Maia Finkel said she plans to student teach during the fall semester and has been struggling to find enough Block I courses to take in order to qualify as a full-time student. Students need to be full time in order to receive financial aid and scholarships.

“I think just on top of there being fewer offerings, the classes that are being offered, there are fewer sections,” Finkel said. “Also, degree–required classes that normally have two or three sections only have one, which makes it difficult if you have two requirements that need to be met in the same time and not a whole lot of semesters left in order to complete set requirements.”

Freshman Alexa Johnson said she is worried about meeting her communication management and design major requirements if there continues to be fewer courses offered at the college.

“Two of the six classes I needed to register for were either already filled or conflicted with my other classes,” Johnson said via email. “What’s so frustrating about less sections of courses being offered is that it doesn’t allow me to take required classes that I need for my major.”

“[The APP] has posed problems for students — some students are asking about future offerings because they want to make sure they will graduate,” Rodriguez said via email. “We are working with those students as needed. Personally, I see in the future a possible restriction for faculty in what they want to teach, which will limit the range of topics offered to students.”

The department has previously voiced its concerns about the APP’s impact on its curriculum, specifically its ability to offer U.S. Politics. The course is required for all politics majors and minors, is an Integrated Core Curriculum course and can be part of a concentration for legal studies majors. The department has stated that the elimination of Alex Moon, assistant professor in the Department of Politics, who usually teaches U.S. Politics, will hinder its ability to offer the class.

In Spring 2021, four sections of U.S. Politics are being taught. Moon is teaching two of the sections and two are being taught by Carlos Figueroa, professor in the Department of Politics. There will be two sections in the fall, neither of which Moon will teach. Rodriguez said Moon got another job and will not be teaching next year.

Brown said some students have expressed frustration about the lack of choice of upper-level courses, but students are still able to meet their major requirements. He said he is more concerned about the 2022–23 academic year, when the department will lose its full-time non-tenure eligible faculty.

“I don’t know what it’s going to look like two years from now,” Brown said. “And if our enrollment stays low, in terms of incoming students, it could be a challenge.”

The Department of Communication Studies and the communication studies major have been slated for elimination. The department also houses the Culture and Communication (CLTC) major, which the APP recommends be retained.

Robert Sullivan, professor and chair of the Department of Communication Studies and coordinator of the CLTC major, said he expects the department to be eliminated no earlier than August 2022. He said the department is set to be cut because it did not have enough faculty.

“We had a large number of retirements; we had a significant number of resignations, people that went elsewhere,” Sullivan said. “As a result, we were told there would be no replacements for them. So in the future, we’re going to have three faculty. So we can’t do two majors and our minor with three faculty.”

He said the department is discussing if the CLTC major can be sustained. He said that if it is, it will become an interdisciplinary major, and remaining faculty will be housed in other departments.

Sophomore Queline Meadows said that after hearing about the future of the department, she decided to switch majors. She said she is trying to graduate early and would have to find other courses to substitute her major requirements because there are so few offered by the department.

“Even though the APPIC document says that the Culture and Communication major is being retained, there’s a very limited course selection,” Meadows said via email. “In fact, the only CLTC course in Fall 2021 is the Senior Seminar.”

Sophomore Megan Robinson said she was able to register for two communication courses she needed.

“I did have to sign up for my culture and communication senior seminar a year early,” Robinson said via email. “I have no clue as to what this class is, but with the uncertainty of my major, me and others had to sign up.”

Sullivan said he is worried about how the shrinking curriculum at the college will impact the interdisciplinary experience for students.

“No departments will want to release people because they need them for themselves,” Sullivan said. “They’re going to be reduced in size. And they’re going to need the people they have to supply the major. And the only thing that I fear that people are going to be thinking about is sustaining themselves by focusing on their majors. And it’s exactly the opposite of the way that we were going.”