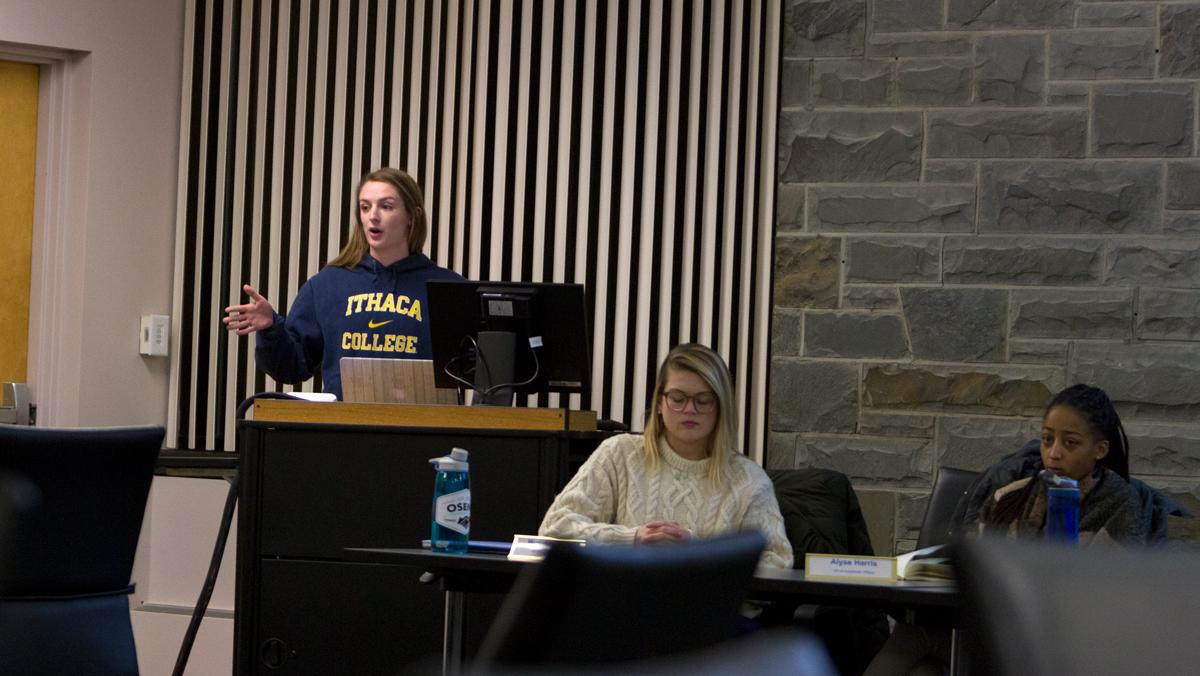 Mac’s General Store now hosts a program that allows students to spend their bonus bucks to purchase food items for the Food Bank of the Southern Tier.

The program began the week of April 2 and will continue until Commencement, which is May 20. The program launched on April 2. Between April 2 to April 11, 36 individual donations have totaled $480 of student bonus bucks, Rick Watson, director of college stores, said.

Unused bonus bucks are returned to the college’s budget at the end of the year, Dave Prunty, executive director of Auxiliary Services, said. Sophomore Gabby Picca first pitched the idea during the fall semester to administrators because she found herself spending remaining bonus bucks on items that she didn’t really need or want.

“Last spring, I was in Mac’s and I had almost $50 worth of bonus bucks left,” Picca said. “I was shopping around Mac’s, buying these random things. … I looked around the store, and there were so many students doing the same thing I was doing.”

Last spring, for a single week, Mac’s conducted a similar program, which allowed students to purchase food items and then donate them to the Foodbank of the Southern Tier, Watson said. The result was a small pallet of food items that was sent to the food bank, but these were items randomly selected by students rather than predetermined product combinations.

When Picca first came up with this idea, she said that she hoped to create a convenient means of allowing students to sign a blanket contract at the beginning of the academic year that would allow remaining bonus bucks to be automatically donated. However, this isn’t feasible because an employee would have to manually carry over each student’s bonus back balance, Prunty said.

Picca said she does not see this deviation from her initial plan as a setback, but rather as a means for students to make a conscious and intentional choice to contribute to the local community. This requirement of action, instead of an automatic donation, places the opportunity of stepping up to support the community on the students, Picca said.

The actual implementation of the program required minimal changes for Mac’s besides new signage regarding the program and minor changes in the system, Watson said. The products have also been slightly discounted from Mac’s usual prices to fit into the three food packages. Watson said he had no set discount amount for each product, but simply ensured products that lined up with the Foodbank of the Southern Tier’s BackPack program fit into the $5, $10 and $20 bonus buck bundles.

Sophomore Abby Wizel, a student employee who works at Mac’s, said that the program was incredibly easy for cashiers and that the visuals advertising the program near the cash registers seem to be effective.

“I’ve rung up a decent amount in the last few days,” Wizel said. “I think that a lot of people have been asking how many bonus bucks they have left, and then when they see that it’s a lot, they’ll donate.”