Provost search will be closed to IC community 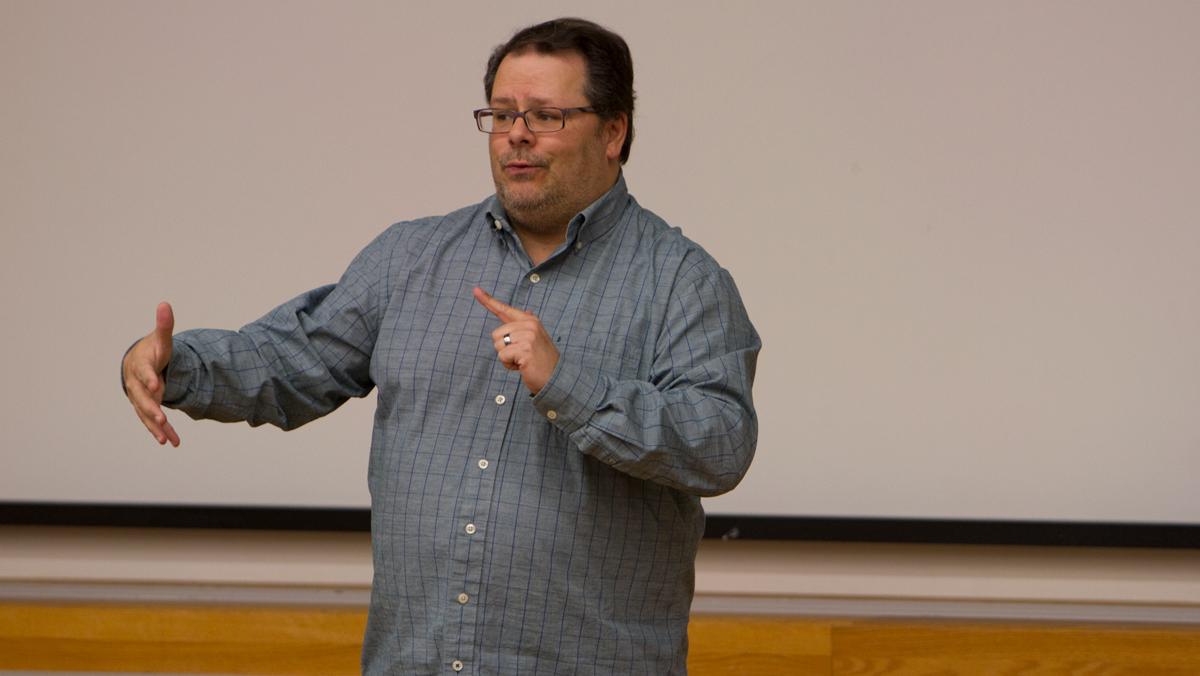 The search for Ithaca College’s provost will be closed in order to maintain the anonymity of the candidates who apply for the position.

In an open search, the final candidates for a position publically visit the campus, which allows the entire campus community to interact with them. Closed searches are more confidential, as only those who are a part of the search committee and those asked to serve as representatives of the college meet the candidates. The last provost search was open, as four candidates visited the campus in 2014.

Jack Powers, co-chair of the provost search committee, said he prefers calling it a private search rather than a closed search because he believes “closed” has a negative connotation. The search is confidential to protect the current positions of the applicants in their respective institutions, he said.

“Nationwide, the top candidates don’t want to risk their current positions at their home institutions by making it public that they are applying to go elsewhere,” Powers said. “What if they apply and they didn’t get it? Then they would jeopardize their positions wherever it is they are.”

Powers said the college has had a “rough go” when it comes to administrators, specifically the constant turnover of the provost position. He said in his 12 years as a faculty member at the college, there have been six different provosts.

Witt/Kieffer is the private firm guiding the search. According to the announcement, Witt/Kieffer search consultants led open conversations Oct. 27 as an opportunity for the campus community to provide thoughts on the provost position.

Powers said the search committee is currently in the beginning stage of reviewing applications with Witt/Kieffer. He said the committee is still accepting applicants because it is common in high–profile searches that the best candidates apply closer to the deadline. Powers said the committee told applicants that in order to be fully considered, materials needed to be sent in by Feb. 1. However, he said this deadline is not strict.

“We want to get a representative sample of Ithaca College,” Powers said.

“It’s mixed,” Powers said. “I think in general, most people understand it. The best that Jean Hardwick and I can do is to drive home the point that we are all on the same page. We want the best candidate for Ithaca College.”

James Swafford, associate professor in the Department of English, said he thinks many faculty members are unhappy with the decision to make the provost search private. He said the provost search is very important to the faculty, and he said it has been a while since the college has had success having a long-term and active provost.

“It’s very frustrating that the process is closed,” Swafford said. “It sounds as if that is how business is done, unfortunately, now.”

Pearl Ponce, associate professor and chair of the Department of History, said she understands why it is a closed search. However, she said these searches have traditionally been open and it is the better option.

“I like this idea that you want the job badly enough to put yourself out there,” Ponce said. “The more people who are able to interact with the candidates, the better environment ultimately for whoever comes into the position.”

Kurt Komaromi, assistant professor in the Department of Marketing and Law, said he also believes open searches are better when filling top administrative positions. He said he agrees with the stance in Frank LoMonte’s recent commentary for The Ithacan, in that complete confidentiality in searches is a myth.

“In an ideal world, everything would be open all the time,” Powers said. “But in the world in which we live, it’s been made clear to us by the search firm and by people who hold these positions and who are applying to these positions, that the only way they are willing to be considered is if the search is private.”

Kent Barnds, executive vice president of external relations at Augustana College and expert in higher education leadership, said he believes the concept of closed searches is not universal, and every institution has a different culture regarding searches.

“It is to attract some of the top talent,” Barnds said. “I do think the public searches oftentimes will limit the amount of folks who apply.”

Barnds said he thinks the college needs to have confidence in the search committee.

“There certainly is the potential that in a closed search, people will feel there is a lack of transparency,” he said.

Students also have mixed reactions to the closed provost search. Senior Menalie Hyde said she thinks it is respectful to candidates if the search it closed.

“At the end of the day, it’s in the best interest for us,” Hyde said.

Junior Taylor Abdou said she thinks the provost search should be open to the campus community.

“I completely understand having it be closed to secure those people’s jobs at their other institutions, but I feel like it should be open,” Abdou said. “We should be able to know what’s going on.”

Powers said it is difficult to say what the timeline of the search is going to be. He said the committee will hopefully make another announcement in March or April. Powers said Witt/Kieffer will be on campus sometime in February to meet with the search committee and interviews will start in early March.

Depending on the schedules of the candidates and delegates, Powers said the finalists’ interviews with the delegates will be sometime in March, and he said if the timeline is followed accordingly, the search will be finished in April. Powers said there is an excellent strength in the provost candidates so far.

“From a faculty member and student point-of-view, provost is critical,” Powers said. “We all want a strong provost. That’s the ultimate goal.”