Religious and spiritual leader to leave college in November 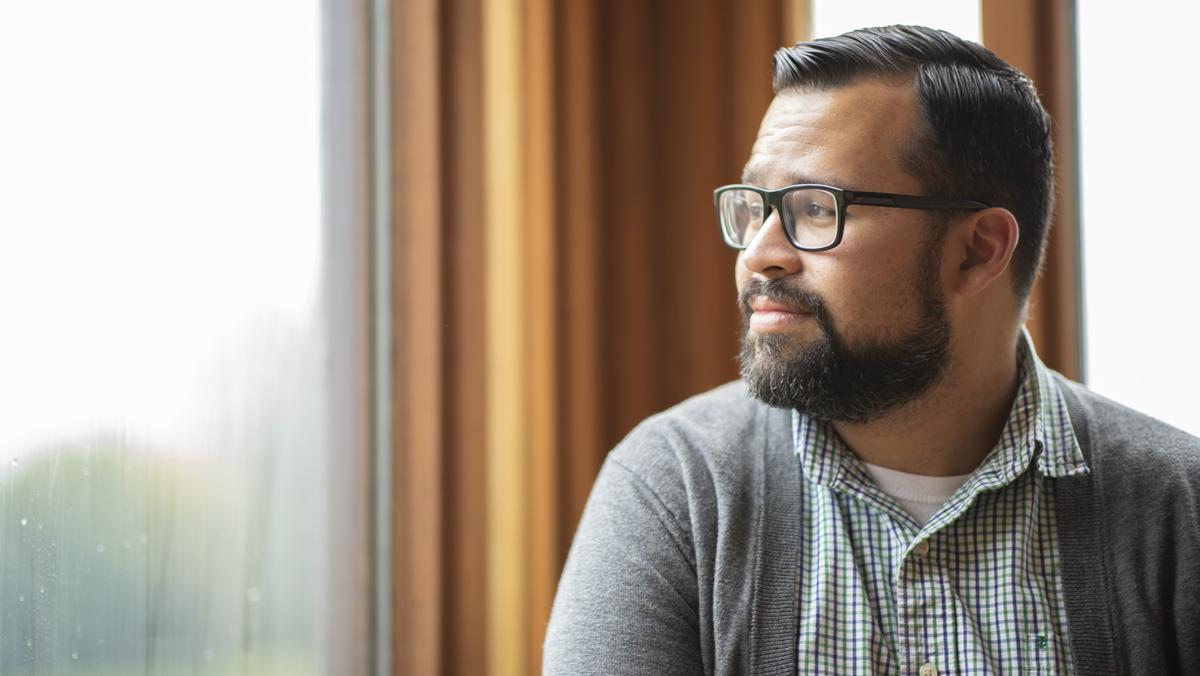 Tenzin Namgyel/The Ithacan
Osorto said the majority of his work has consisted of ensuring that the college recognizes and supports the religious, spiritual and secular identities of students and working to create opportunities for campus community members to have interfaith discussions about belonging to multiple identities.
By Jillian Bleier — Assistant News Editor
Published: October 20, 2021

Hierald Osorto, executive director for Student Equity and Belonging and Religious and Spiritual Life, will be departing Ithaca College in November after three years of bringing campus community members together and supporting students in their identities and beliefs.

News of his departure was shared with the campus community in an Oct. 12 Intercom announcement written by Rosanna Ferro, vice president for Student Affairs and Campus Life. Osorto, who was named the college’s first director of Religious and Spiritual Life in 2018, accepted a new role as the senior pastor of St. Paul’s Evangelical Lutheran Church in Minneapolis, Minnesota. His last day at the college will be Nov. 8, according to the announcement.

Members of the campus community have expressed a mixture of sadness and hope in reaction to his departure. Throughout his time at the college, Osorto also went on to oversee the Center for Inclusion, Diversity, Equity and Social Change (IDEAS) and the Center for LGBT Education, Outreach and Services as executive director for Student Equity and Belonging.

Osorto said the majority of his work has consisted of ensuring that the college recognizes and supports the religious, spiritual and secular identities of students and working to create opportunities for campus community members to have interfaith discussions about belonging to multiple identities.

The Office of Religious and Spiritual Life recently partnered with Inner Harbor, a grief resource program that supports college students, and Osorto said he is currently feeling some of that grief himself over leaving the campus community.

“The students that I’ve met along the way have demonstrated to me what does it mean to be a resilient citizen and what does it mean to care deeply about justice, alongside caring deeply for self, right and to sustain that journey,” he said. “The fact that I get to play a small part in opening those conversations with incredible human beings has truly been a gift for me.”

Junior Isaac Schneider, president of Hillel at Ithaca College, said Osorto has been a big supporter of Hillel and the Jewish community on campus.

“He’s always at all of our events, he always checks in with Jewish students … a lot of our Jewish students, including myself, see him a lot, because he shows up to our stuff and he supports our stuff,” he said. “I think it’s really great that we’ve all been able to work with him so closely.”

Osorto said he hopes there will continue to be a commitment to seeing religious and spiritual life as a core aspect of the college as an institution. Schneider said he has been able to work with Osorto almost on a daily basis.

“It’s a bittersweet moment because we love him here and he’s done so many great things, but I’m super excited for him at the same time,” he said. “We’re really, really excited for him and really proud of him for this opportunity.”

Junior Nijha Young said she met Osorto at an event at the Muller Chapel during her freshman orientation week in August 2019 and has since been in regular contact with him, including having him as a guest on her podcast, “The Moon Rises Too.” She said she always appreciated every conversation she has had with Osorto and that he gave her a lot of creative freedom and support.

“I think working with Hierald has given me a much broader and more comprehensive understanding of what faith means and what it encompasses,” she said via email. “For a really long time, I assumed a person was religious or they weren’t, when in reality, I’ve learned that faith, religion, spirituality, etc., is a spectrum, and it means different things to different people.”

Osorto said his journey has always been one that he has been privileged to say yes to unexpected invitations, like this new call to be a pastor.

“I wouldn’t have told you that I was going to be the first director for religious and spiritual life at a college, but the opportunity called and I said yes to it, and this is the same thing,” he said. “The opportunity has called me to join a community that hopes for a better world and that dreams of possibility and to be able to join that community is truly an honor.”

Schneider said his favorite thing about Osorto is his positive attitude and that he thinks Osorto is someone who is very good at considering the other perspective.

“He’s been in our corner on everything and like the biggest support for Jewish life on campus, and we cannot thank him enough,” he said. “Beyond that, like structurally as a campus, he’s implemented so much change and so many good ideas that even though he is leaving in a few weeks, we are going to reap the benefits of his ideas and his hard work and the things he’s made for a long time.”

Junior Connor Watson said he first started working with Osorto during Spring 2021 when he presented Osorto with an idea for an event discussing the intersectionality of queerness and spirituality and religion. He said that finding out Osorto was leaving initially felt like a punch to the gut, but that he feels pure excitement for him now.

“He truly values the wholeness of each individual he encounters, and allows for those individuals to be their whole selves while working with him … He is worldly and incredibly knowledgeable,” Watson said via email. “On top of all that, he’s just such a genuine, peaceful person that I’ve always felt incredibly comfortable being my whole, unapologetic self around him.”

Osorto said there will be a gathering during the noon hour Nov. 2 at Muller Chapel to celebrate before his departure.

“Ithaca College will always now be a part of me, it is now in my DNA and I leave a much better person because of my time at Ithaca College,” he said.