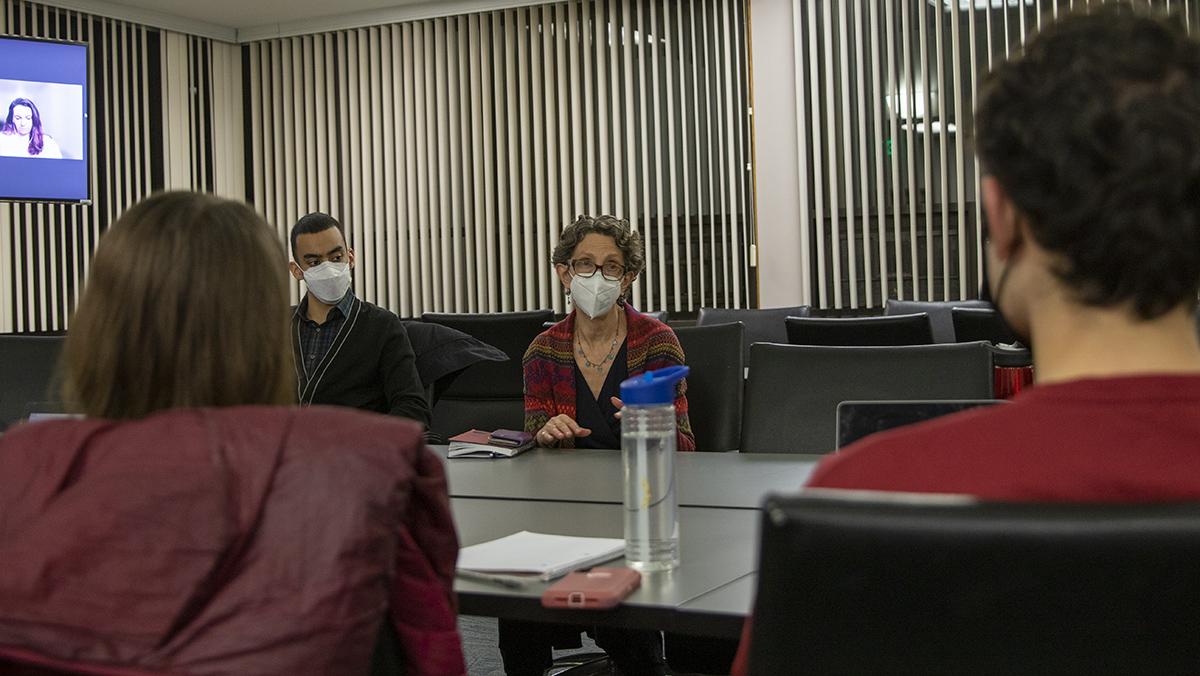 The Ithaca College Student Governance Council (SGC) discussed its constituents’ concerns and questions regarding the campus dropping its mask mandate and the “IC Day of Learning: Grappling with Antisemitism” conference at its March 7 meeting.

The SGC decided to follow the college’s guidance — which began March 4 — and lower the mask mandate for future SGC meetings. It also discussed how its constituents were generally feeling confused and concerned about the mask mandate being lifted on campus. Members of the SGC like junior Grace Madeya, Class of 2023 senator, said the general feedback from their constituents was negative in regard to the college’s decision not to require face coverings.

“I know a few people who are immunocompromised and a lot of them felt ignored with this decision and that their concerns weren’t being listened to,” Madeya said.

Stein said faculty members are currently engaged in curricular revision because of how growing curriculums have created excess major and minor requirements. Senior Letícia Guibunda, vice president of campus affairs, said her senior class constituents have expressed their desire to aid in the revision process.

“After you’ve gotten through your four years … you kind of get a chance to reflect on what you’ve done … and see areas that potentially could have been different or better or changed in different ways,” Guibunda said. “I was wondering if there’s any space for students to also input their feedback and their experiences in shaping the curriculum.”

Each academic department is working on their own curriculum revision and Stein said that because the process is unique to each department, it is difficult to have one way for students to get involved. In response, Guibunda asked if it would be effective to establish a simpler system within each school so there could be consistency in how students can be involved in curriculum changes.

“Since that [the revision] happens in such a disintegrated way, my advice would be go to the [dean of the] department and just ask,” Stein said.

In regard to the ongoing dean search, Stein said the college is currently building a pool of candidates who will start coming to the campus in the next couple of months.

At the Feb. 1 All–College Gathering, Tim Downs, chief financial officer and vice president for Finance Administration, said the 2021 fiscal year audit was better than expected despite the financial impact of the COVID-19 pandemic. He said that because students were not on campus during a portion of the 2021 fiscal year, the college lost over $40 million in room and board revenue. Downs said it was the lowest amount of income it will probably ever be, but because of budget cuts, grants and donations, the ultimate financial loss was just over $6.4 million.

“There’s a lot of negative things on campus right now, like some concerns and fears,” Weiser said. “What would you say to a student who is genuinely worried about the financial stability of this institution?”

Stein said many college institutions are vulnerable to the current financial upheaval that has hit higher education across the nation as a result of COVID-19. In a survey of 56 Association of Public and Land-grant Universities, 50% lost between $4.3 million and $28 million in room and board revenue in Fall 2021 compared to Fall 2020. Stein said although there was loss of revenue and added expenses because of COVID-19, the college has a great reputation as well as great faculty and programs which has carried it through the pandemic.

“We are in a strong position to weather the storm that everybody’s weathering,” Stein said. “This institution is in a good place, although it might not feel that way to somebody who’s on campus and hearing all the negative stuff. There’s little to no concern over institution sustainability.”