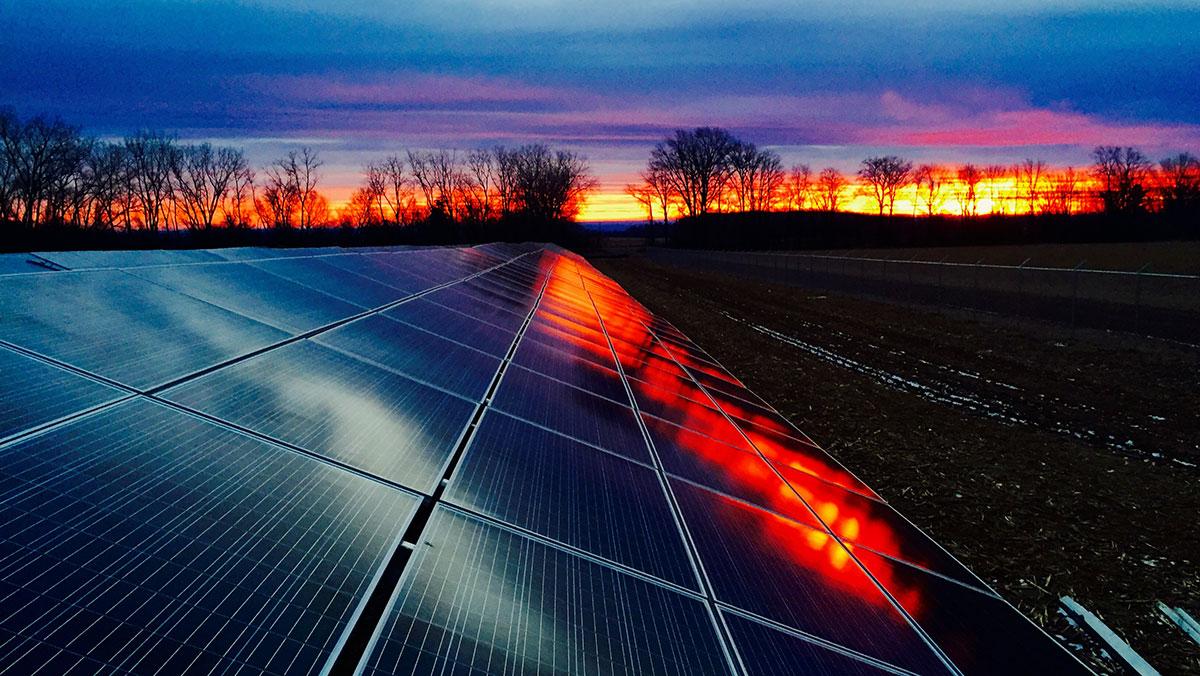 A solar electric project including 9,000 solar panels that will cover 10 percent of Ithaca College’s energy needs is currently under construction.

The solar array — or collection of solar panels — is being built off-campus in the Town of Seneca in Ontario County, nearly 40 miles from campus on 15 acres of land, David Maley, senior associate director in the media relations department said. Gerald Hector, vice president of finance and administration, said the college had been interested in locating the array closer to campus, but the decision was made based on what land was available for the developer.

The total cost of installing the solar array will be $6.4 million,  and none of the costs will be absorbed by the college. The array is being built by Borrego Solar Systems Inc., and after the completion of the project, Greenwood Energy will own and operate the array and manage the upkeep, Maley said. The agreement requires the college to purchase 100 percent of electricity produced by the operation, said Jerone Gagliano, director of energy management and sustainability.

Hector said the major benefit of the project is advancing the goals laid out in the college’s Climate Action Plan, approved in 2009 by the Ithaca College Board of Trustees as a framework to achieve carbon neutrality by 2050.

“The benefit here for us is not so much economic, but more so along the lines of carbon neutrality and trying to get on the road to meeting our goal,” Hector said.

Students and other members of the college community will also be able to do research at the site in Seneca, Hector said.

The construction of the solar array began in December 2015 and is expected to be completed by summer. The array will provide the college with 3.55 million kilowatt hours of electricity in its first year, Maley said, the equivalent of powering Gannett Center, Dillingham Center, Williams Hall and Emerson Hall. He said this will offset 888 metric tons of carbon dioxide emissions from the college, the equivalent of taking 187 cars off the road.

“The provision of 10 percent of our campus energy needs through renewable and non-polluting resources is a very big deal,” he said. “Even an energy efficient building uses energy, and so the source of energy ultimately is going to be crucial to our carbon neutral commitment.”

Lew Durland, former director of energy management and sustainability at the college, began work on this project before he died in May 2015 after his first year, Hector said.

Gagliano said the plans for the project were mostly in place when he arrived in November 2015. He said he is interested in including the campus community in developing a strategic plan for meeting the college’s sustainability goals.

“It’s great. It’s an exciting time to be here at the college,” Gagliano said. “I’ve been getting a lot of enthusiastic students, staff and faculty who are passionate about sustainability.”

Former president Peggy Ryan Williams signed onto the American College and University Presidents’ Climate Commitment in 2007. This agreement includes 650 other colleges and universities and is a commitment to carbon neutrality. The college has a goal to be carbon neutral by 2050.

Hector said the Climate Action Plan is not a strategic plan and that in order for the campus to complete the goals in the action plan, a strategy for execution needs to be developed.

“What we’re trying to do right now is to gather the data to get a firm foundation on which to build a strategic plan,” Hector said. “Then, with the strategic plan, we can then have some discussions around quantifying what our plan would be, and then the last step would be where do we find the money to pay for it.”

Hector said there has been no progress made on permitting wind turbines. He said when he arrived at the college in 2013 and read the Climate Action Plan, it was unclear who was responsible for executing various parts of the plan.

“We don’t have anything for wind turbines in the works,” he said. “The question still falls back to, we have a Climate Action Plan, but what is the strategic plan? … We’ve never had something that pulled it all together in one clear, cogent strategy.”

Hector said one of the most difficult parts of meeting sustainability goals is finding ways to pay for initiatives. He said he believes that if money were no object, then a 2050 carbon neutral goal would be plausible for the college.

“If money was no object, I think we could, but because money is an object, we’ll have to see how we go from here,” he said.

Rochon said reaching carbon neutrality is an aspirational goal that will partly rely on technologies that have not yet been created.

“We have 34 years to get to 2050, and that means we can’t be complacent nor should we consider ourselves tied to the details of what’s going to happen when we can’t yet visualize the entire pathway of the neutrality,” he said.

This article was updated Feb. 24 to include quotes from Ithaca College President Tom Rochon.