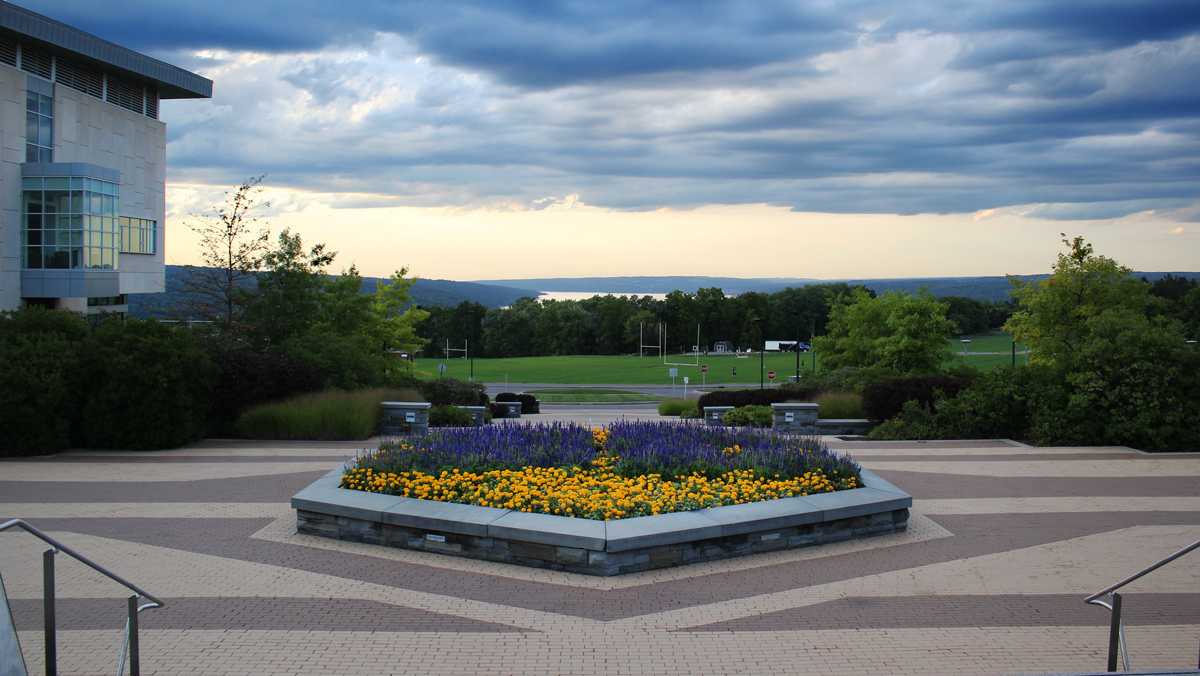 Mikayla Rovenolt/The Ithacan
The results of this survey do not reflect the views of the faculty overall. However, the Department of Politics and the Department of Environmental Studies and Sciences have written letters to voice their opposition to the cuts.
By Alexis Manore — News Editor
Published: February 17, 2021

The Ithaca College Faculty Council Executive Committee (FCEC) is urging the administration to address faculty concerns regarding the Academic Program Prioritization (APP) process after conducting a survey to gather faculty feedback about the cuts.

The results of this survey do not reflect the views of the faculty overall. However, the Department of Politics and the Department of Environmental Studies and Sciences have written letters to voice their opposition to the cuts. Individual faculty members have been critical of the proposed cuts as well.

The summary of the survey stated that the main concern from participants is the lack of transparency surrounding the rationale for the cuts.

“Many are not convinced that the [Academic Program Prioritization Implementation Committee (APPIC)] recommendations are, in fact, strategic,” the summary stated. “One faculty member noted: ‘I had truly believed that ‘academic prioritization’ and the concept of ‘don’t waste a crisis’ were meant in earnest and that the pain of the layoffs would also allow for new curricular opportunities. … This report suggests a simple, … irreparable … weakening of the college.’”

Another concern was the speed of the APP process. The college community was made aware of the APP process in October 2020. The APPIC released its recommendations in January, and the feedback period on the plan ended Feb. 15. The plan will be finalized and delivered to President Shirley M. Collado and La Jerne Cornish, provost and senior vice president for academic affairs, for approval before March 1. Although the entire APP process will occur over a three-year period, the development of a plan for the cuts and its finalization has occurred within five months.

The survey summary stated that participants said they would like the process to be delayed to explore alternatives to the cuts and figure out how the cuts will impact curricula.

“‘Curricular redesign,’ one faculty member noted, will be a significant investment of faculty resources,” the summary stated. “‘Faculty who remain will bear a significant burden of [that] labor.’”

The FCEC previously requested for the APP process to be delayed, but the administration denied the request.

Some faculty members are worried about a lack of shared governance between the Senior Leadership Team (SLT) and the faculty, the summary stated. It stated that this was particularly troubling considering that these cuts would result in curricular changes, but faculty were allowed little input.

“I would love to see a deeper and more frank, open discussion that includes students and affected faculty,” a faculty member said in the summary. “It feels like there is a disconnect between the people ‘on the ground’ and SLT, and I am hopeful that the gap can be bridged and the rifts … can be repaired.”

The summary stated that some faculty members questioned the relationship between the draft document and the college’s mission values, asked what the college will look like after the cuts are made and asked how the cuts tie into the strategic plan, Ithaca Forever.

The need to resize the college is included in the strategic plan, and Collado and Cornish have repeatedly said that these cuts are in line with the plan.

Faculty members noted a lack of financial transparency — a concern held by many throughout this process — and question the desire to have a student body of 5,000.

Collado has previously said that all of the college’s financial information is available, despite members of the administration refusing requests to disclose their salaries to The Ithacan. The first InFinity Presentation of Spring 2021, a meeting in which the Division of Finance discusses the college’s finances, will be from noon to 1 p.m. Feb. 22. For the first time since the college switched to remote instruction, the meeting will be open to students.

The summary stated that some faculty members proposed alternatives to the cuts, asked that the COVID-19 pandemic be taken into account when terminating faculty, asked for the adoption of rehiring practices and requested the plans for the next phases of the process be made available.

The summary stated that faculty members who indicated their support for the APP process were less likely to provide a written statement. Others wrote that they had already provided input in other ways and did not want to in the survey.

“I support the proposal not because I think it’s perfect, but because it is our best option for long-term stability,” a faculty member said in the summary.

The FCEC said in the summary that it understands the downsizing will be painful but that faculty concerns exceed the understandable disappointment that goes along with their peers losing their jobs.

“Faculty are asking searching questions that go beyond the predictable sadness, and it would benefit us all to hear them answered,” the summary stated. “We have learned that large numbers of faculty remain unconvinced that the APPIC process has been inclusive of faculty voices, or strategically driven by curricular need.”