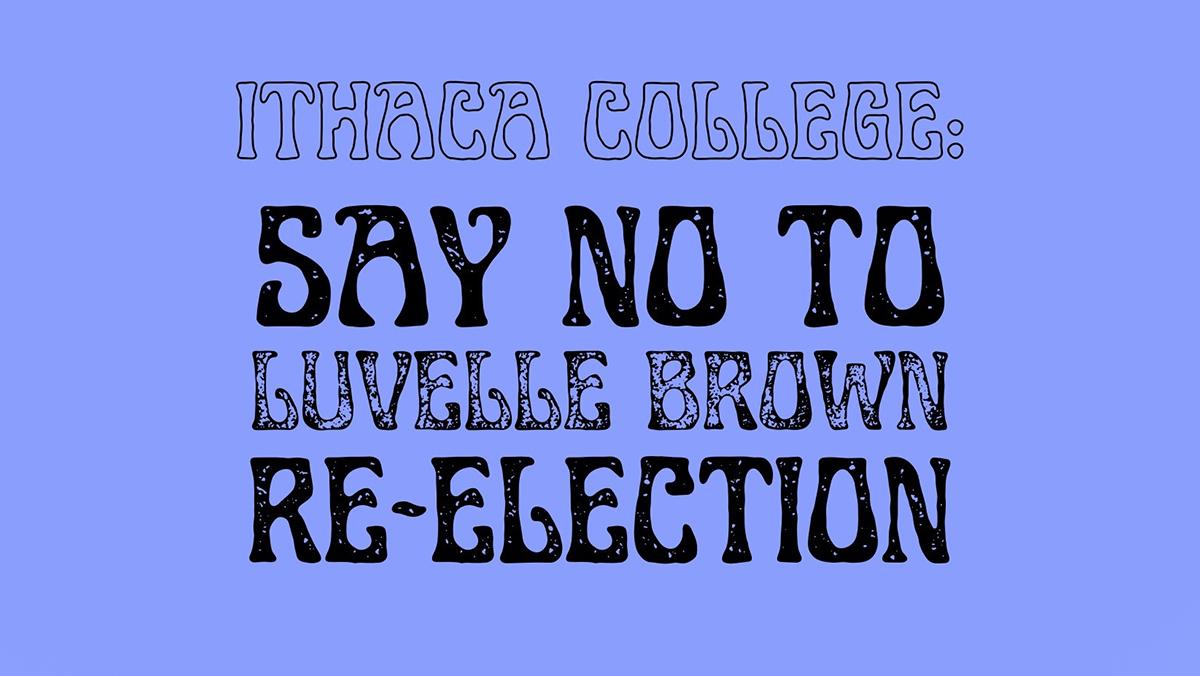 Luvelle Brown has been a member of the Ithaca College Board of Trustees since 2018 and has been superintendent of the Ithaca City School District (ICSD) since 2011. He has also allegedly abused his son and misused his power as superintendent. His term on the board ends May 31, 2022, but he may be reelected for up to two additional three-year terms according to the board of trustees’ bylaws. As a community, we cannot allow Brown to be reelected for any additional terms on our board of trustees, and the larger Ithaca community should strongly reconsider his position as superintendent of ICSD.

The board of trustees and the Senior Leadership Team have enabled individuals with a history of abuse and have routinely put these individuals in positions of power at our institution. Whether they be presidents, members of the board or students committing abuses, the college has a pattern of protecting abusers rather than survivors of said abuse.

IC Alumni Against Austerity and IC Open the Books have been working to make the college community aware of Brown’s alleged abuse and demanding his resignation. In February 2022, the groups worked together to create a petition demanding that Brown step down from his position as trustee. It has received 304 signatures as of April 27.

It is time for Ithaca College leadership to stop enabling and rewarding people who abuse their positions of power. If those in power at this institution fail to address the abuses committed by Brown, it sends the message that abuse is acceptable at any level. Now is the time for it to end. In order to finally begin protecting survivors instead of their abusers, the college must take steps to hold Brown accountable and end the culture of abuse the college has been perpetuating.

We demand that the board of trustees operate in full transparency when making the decision about Brown’s reelection and that they will inform the campus community of their decision as soon as it is made.

Editorial: Luvelle Brown must step down from positions of power