Ithaca College hides behind a thin veil of equity 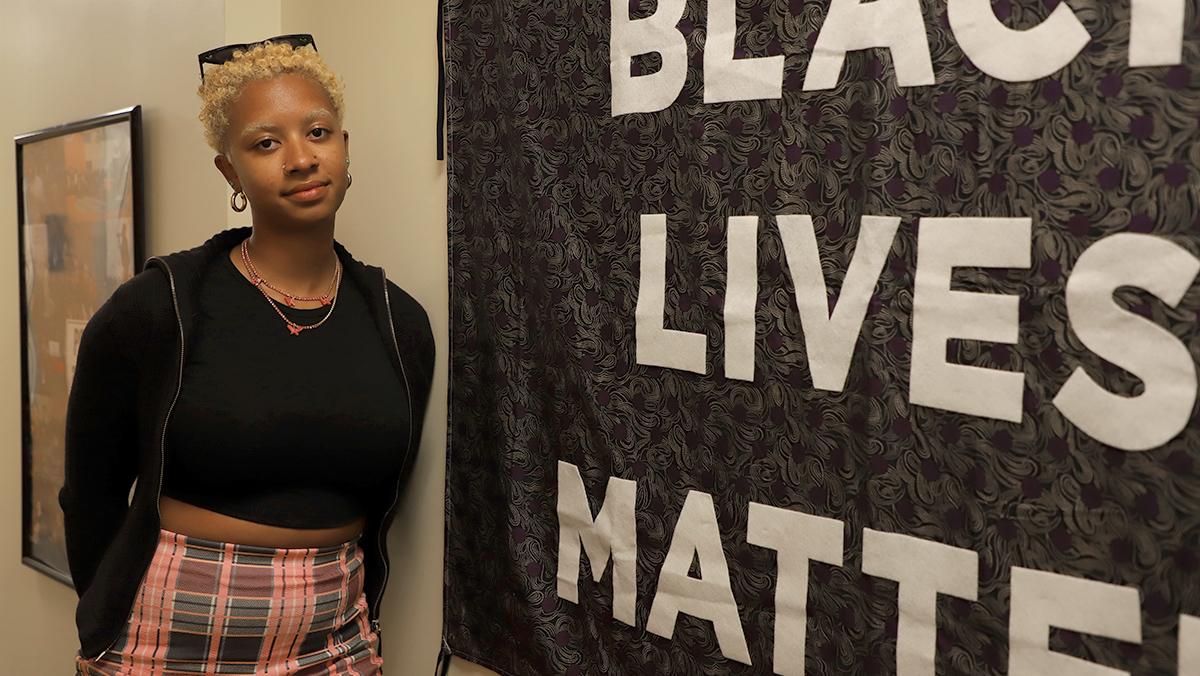 Xinyi Qin/The Ithacan
Senior Cyerra Adams provides insight as a Black woman on campus. She argues that Ithaca College must be supportive and transparent to the Black student community.
By Cyerra Adams
Published: September 14, 2022

For many of us, Ithaca College is one of the most forward thinking, liberal and supportive places we’ve ever lived in. Coming from Yonkers, I really appreciated the integration of different groups of people in one place and having new identities to explore was amazing. I was in the early stages of finding myself and the college was there to support the many avenues I wanted to explore, specifically when it came to my sexuality. I was never one way or the other, always blurring the lines between straight, bisexual and pansexual, but before that I was a Black woman looking to feel at home within my community like I did in Yonkers. As time went on, I began to realize something: my sexuality was becoming the forefront of what people wanted to know about me, and I was being forced to think about it more and more, even though I didn’t want to. People were being so vocal about supporting sexuality, gender and all things within the LGBTQ+ community but were rarely speaking up about the need for support of the Black, indigenous and people of color (BIPOC) community here at our primarily white institution (PWI). More and more I felt like I was choking on my realization, too afraid to speak up for fear of backlash and being called anti-LGBTQ — even though I was a part of the community myself.

Before I go any further, I will say that I’ve kept my sexuality fluid and have previously identified as bisexual. Because of this, I (for a very long time) didn’t engage or participate in the LGBTQ+ community because of biphobia that I had seen and heard before I came out. However, my participation was hindered further because it wasn’t the identity that was first in my mind; being a Black/mixed race woman was. This was the identity that I was aware of and had to deal with every day, no matter where I was. I also had to think about how to navigate the BIPOC community having its own internal issues that needed to be dealt with while still trying to feel close to people who looked like me and were culturally similar to me. I never got to remove or change the way that I looked, and I’d always be a Black woman no matter what – a fact that I am immensely proud of and grateful for.

“Looking” like the group you belong to is something that has become more popular within the LGBTQ+ community as well, as there is a rise in dressing like your sexuality – “she looks lesbian,” “he looks gay,” “they look non-binary,” et cetera. This increase in “the LGBTQ+ look” has added to an increase in reasoning for anything bad happening to someone of that community. It’s easier to say that someone wronged an LGBTQ+ community member because of the fact that the wronged person is in that community. This gives white LGBTQ+ community members a way to minoritize themselves, sometimes escaping responsibility for their own actions. They think that making themselves a minority group will protect them from being bad people and that they can use their community as a shield for being horrible to others.

Outcry leads to things being done, right? Well, for our white LGBTQ+ community members, yes, this is true. Is this the same for our BIPOC students who have time and time again requested more support, more community building and less usage of our likenesses to fake diversity? No, it’s not. The voices of white students still ring louder at the college because it is historically a PWI, no matter how liberal, diverse or inclusive Ithaca College tries to make itself out to be. But it doesn’t stop there – the City of Ithaca has a history of being performatively supportive of the needs of people of color, and the people in the city are just the same. Through the past four years, Ithaca has lost 189 BIPOC-identifying students with no information on retention and graduation statistics on said students, while the percentage of white students has stayed above 70% since 1985. Personally, I know why. We’re starting to be real with incoming students about what goes on here. None of us want to lie to these students, and they know that this place isn’t what it seems because they can feel it. Ithaca College is a beautiful place with an ugly internal system that no one ever talks about because calling out the performance makes the performers upset. Start supporting your BIPOC students with the same voracity that you support your LGBTQ+ students with – because you can’t have them without us.

Ithaca College may have just broken its enrollment record for minority students, but getting them to campus is only half the battle.

Editorial: Beyond the diversity veil