Review: Adapted romance film ‘After’ just as problematic as book 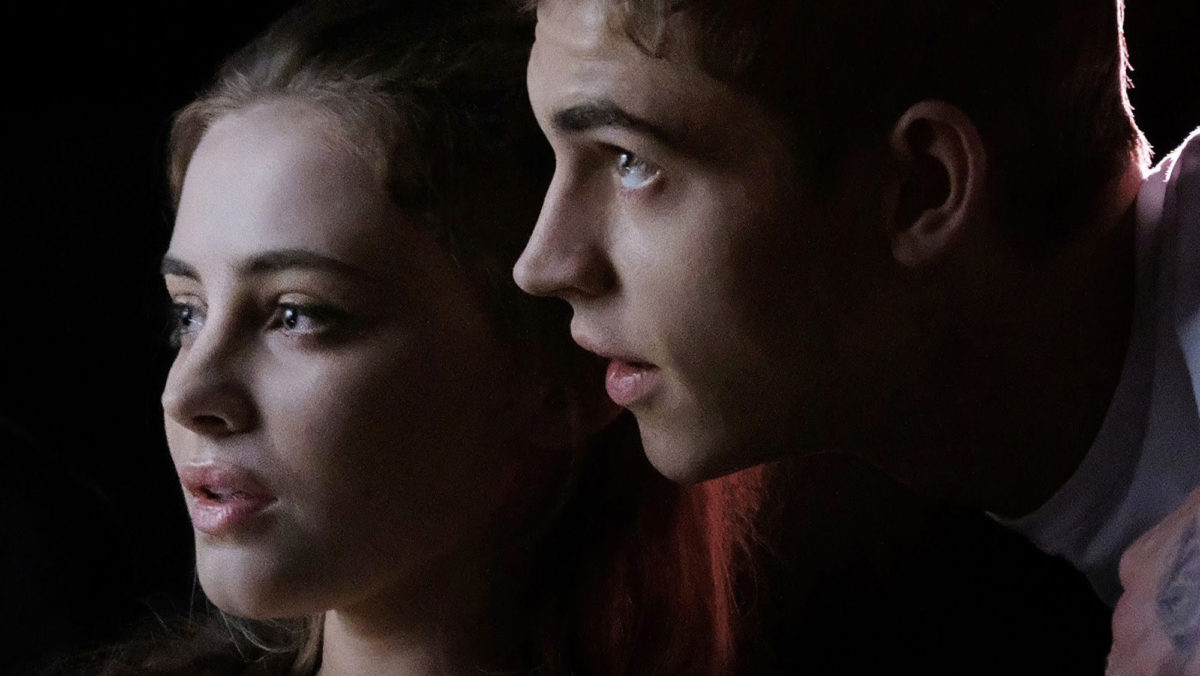 Voltage Pictures
"After" is a movie based off of a book written by Anna Todd by the same name. Although the movie remedies some glaring offenses from the book, the film still perpetuates dangerous stereotypes about women and relationships.
By Liza Gillespie — Staff Writer
Published: April 16, 2019

“After” takes a problematic fanfiction and turns it into a frustrating and predictable movie.

The story follows Tessa Young (Josephine Langford), a sheltered college freshman who begins a tumultuous relationship with Hardin Scott (Hero Fiennes Tiffin), a short-tempered bad boy. Before Tessa meets Hardin, she’s content with her life. She loves her polite boyfriend back home, her controlling yet caring mother and staying in to study on a Friday night. However, this all changes when Hardin quite persistently forces himself into her life.

Hardin has tattoos, wears all black and smirks instead of smiles. He’s the complete opposite of Tessa, and their chance of having a realistic and healthy relationship is as likely as it sounds.

The film was directed by Jenny Gage and is based on the novel of the same name, which is the first in a series written by author Anna Todd. The book series originated as a Harry Styles fanfiction that Todd published on Wattpad in 2012. The story gained a wide readership and grew in popularity.

The film’s source material is responsible for both the film’s numerous issues and its few refreshing elements. The book is plagued by its underdeveloped main characters, glorification of abusive relationships and use of problematic stereotypes. Tessa and Hardin’s toxic dynamic, along with a few other negative elements, built the foundation for this adaptation and sticks out as particularly unpleasant in the film. One of these jarring features is the character of Molly (Inanna Sarkis) who bullies Tessa, threatens her relationship with Hardin and serves as the mean–girl stereotype with no other defining traits.

However, the film also course-corrected a lot of the glaring problems that made the book a storytelling disaster. Most significantly, it eliminated Tessa’s holier-than-thou persona and gave her more agency than she was offered in the book. The film similarly adapts Hardin’s possessive and controlling behavior in the book to be more palatable — still, his anger issues and treatment of Tessa are unacceptable. Viewing the film as a comparison to the book is the only way to appreciate its few virtues, but without the worse elements of the source material, the film still suffers from the common young-adult romance genre cliches.

The film follows the predictable and flawed romance metric. Girl and boy meet, and then girl and boy develop inexplicably intense feelings for each other immediately. The central relationship in “After” is particularly jarring in this way, as Hardin begins the film as flat–out condescending and rude to Tessa, who falls for him anyway. Hardin utilizes the negging angle to gain Tessa’s affection, through arguing with her over books in class and talking down to her at every opportunity. Although Tessa complains about it, the film treats Hardin’s behavior as charismatic and perpetuates the dangerous idea that women want to be treated poorly.

Herein lies the biggest issue with Tessa’s character: Her character flaw is that she’s dumb — except, she’s not. She sticks up for herself and holds a lot more agency in her life and relationship with Hardin than in the novel and often fights him on his terrible treatment of her. However, she still makes decisions that she consistently acknowledges are wrong, like cheating on her boyfriend with Hardin and lying to people who care about her. To top it all off, she doesn’t work to change her flaws but rather makes these poor choices, addresses that they’re poor choices, and waits to be confronted with them before apologizing.

Tessa’s arc is the other major problem of her character. Much of Tessa and Hardin’s relationship is based on sex — Hardin’s playboy persona and sex appeal is his defining character trait and also why Tessa both resents him and is intrigued by him. Over the course of the film, the only change Tessa goes through is discovering her sexuality with the help of Hardin, a detail that, by itself, is not a problem. Framing Tessa’s sexual discovery within a toxic relationship is. The story and characters overshadow what is, on a structural, performance and visual basis, a fine movie. This dichotomy is representative of the film as a whole. By young-adult romance standards, “After” is perfectly adequate. However, young-adult romances are often hindered by unfortunate and sometimes damaging themes, and the genre’s high concentration of young female viewers deserve better.