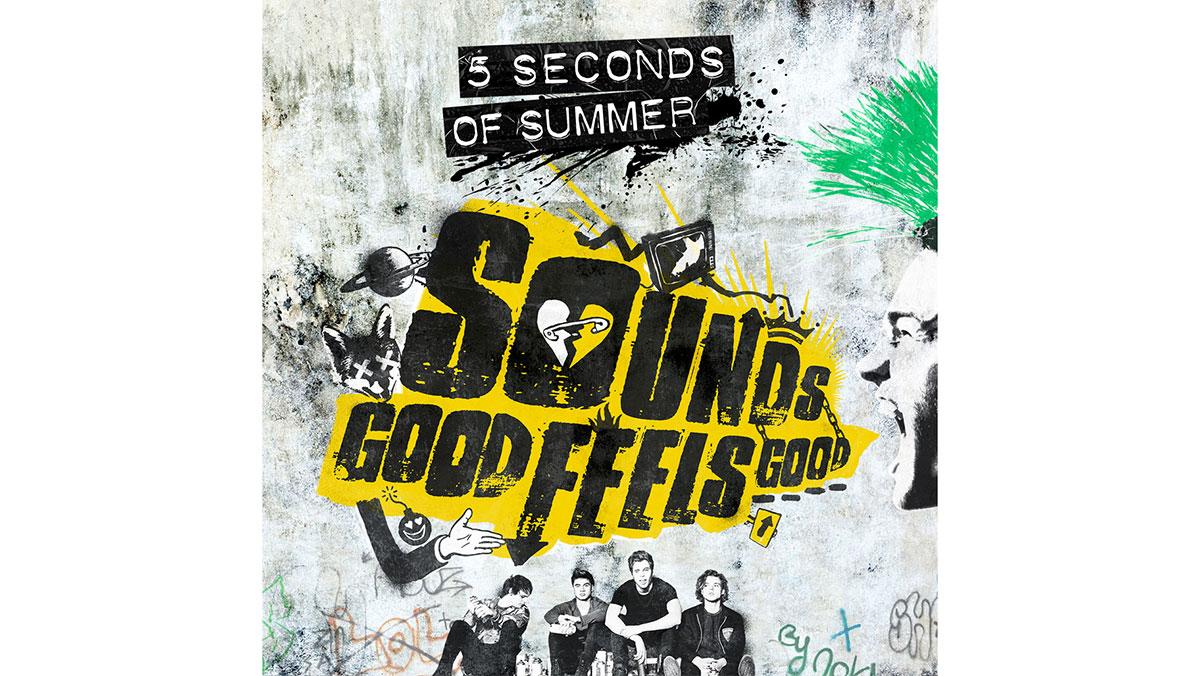 After months of waiting, the Australian band 5 Seconds of Summer, also known as 5SOS, has finally released its sophomore pop-punk album titled “Sounds Good Feels Good ” on Oct. 23. The band, made up of Michael Clifford, Luke Hemmings, Calum Hood and Ashton Irwin, originally started on YouTube, and since then has really stepped up its game from its first album in terms of vocals, instrumentation and lyrics.

The opening track, “Money,” is a song filled with heavy instrumentation and strong vocals. Irwin shows off his talent on this anthem when it comes to his drumming, while the other members sing out loudly and play their guitars. Irwin shines on this album with his intensity and precision on percussion, making the songs worthy of another listen. A couple of other tunes that have strong beats are “Hey Everybody!” and “Permanent Vacation.” Not only does Irwin’s drumming stand out, but Clifford and Hood also demonstrate their vocals more on many tracks. Although Hemmings’ voice was more prominent on the last record, Clifford and Hood have more solos on this album, equally showcasing all of the singers’ voices.

Softer ballads, such as “Broken Home” and “Invisible,” are where the album really delves deep and gets dark. “Broken Home” shows sincere lyrics about family life, and “Invisible” brings in other instruments such as a violin, which is not a typical instrument that would be used in 5SOS’ songs. These genuine songs show the maturity 5SOS has acquired since its first album. On its previous record, the band mainly focused on common topics such as relationships — just as many singers do. But on this collection of songs, the group explores other themes, such as being broke and losing love to parents splitting up, and offers its fans a place to escape. The instrumentation and honest lyrics on all of the numbers are incredible, and listeners will be able to tell how hard the band has worked to improve its sound from mostly rock to a more subtle and acoustic mood.

5 Seconds of Summer has truly experimented more with its sound and vocals on this album. While the energy does seem to dwindle down by the end, listeners will still be engaged with the vocals and the instrument arrangement on each individual song. The record does not disappoint and in the case of 5 Seconds of Summer, this is definitely an album that sounds good and feels good.