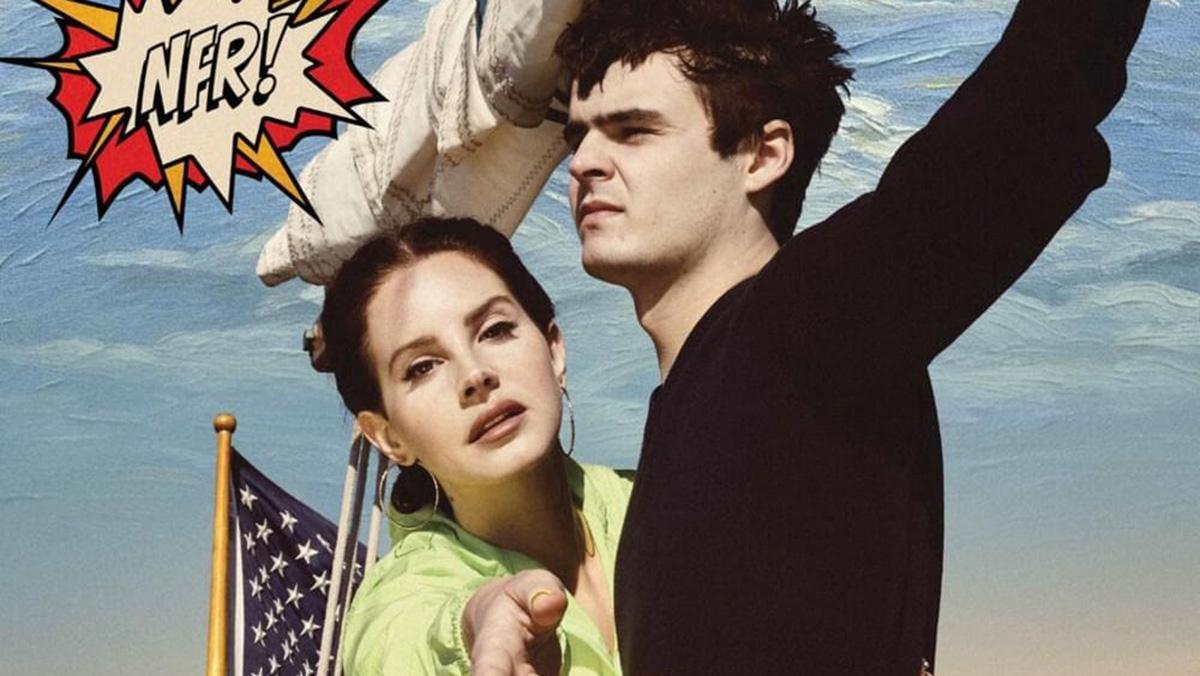 Two years after taking a dreary look at Hollywood in “Lust For Life,” Lana Del Rey returns to her nostalgic roots with her sixth and latest record, “Norman F—— Rockwell!” The album cover features a painted blue sky and Del Rey with a male companion, reaching out to the camera, inviting the listener to join her. Del Rey takes the listener on a journey to California while exploring themes of Old Americana, romantic relationships and self-reflection.

In the opening track, titled “Norman f—— Rockwell,” Del Rey pokes fun at her immature boyfriend. She sings jokingly about how he is a “man-child” and exclaims, “Your poetry’s bad and you blame the news.” Piano and violins dance gracefully along with the singer’s teasing lyrics. As Del Rey realizes she is stuck with her ingenuous partner, the faster tempo of both the instrumentals and vocals blend together.

At first glance, “Venice B***h” appears to be a drawn-out earful; the entire song clocks in at approximately 10 minutes. Thanks to Del Rey’s skill as a musician, she successfully keeps listeners entertained. The track starts with simple guitar strums, and Del Rey sings nonchalantly about past memories with her beau. Drums and synths are added in later, creating a fast, electric beat. Del Rey’s vocals become sparse, but she pops in every now and then to add to the growing pace of the song. After several minutes of instrumental rush, the artist’s voice fades quietly as she sings, “If you weren’t mine, I’d be jealous of your love.”

“Love song” is a short but sweet ballad. Unlike the profusion of instrumentals in “Venice B—-,” the instruments take a backseat in “Love song.” Del Rey pays tribute to her partner: “You know that I’d just die to make you proud.” The singer’s tone conveys she is hopelessly in love, which adds a personal side to the track.

Another track is a cover of Sublime’s “Doin’ Time.” On the track, Del Rey sings about enjoying the festivities around her: “Me, me and Louie, we gonna run to the party/ And dance to the rhythm, it gets harder.” Compared to the original, which is more laid back, this version is an upbeat, summertime song with exciting instrumentals. The buoyant instrumentals but odd lyrics mix wonderfully, similar to the “Norman f—— Rockwell” track.

The track “hope is a dangerous thing for a woman like me to have – but I have it” closes out the album on a somber note. In the song, Del Rey cannot handle the stress of the culture she lives in. She also strongly compares herself to writer Sylvia Plath: “I’ve been tearing around in my fucking nightgown/ 24/7 Sylvia Plath/ … Don’t ask if I’m happy, you know that I’m not/ But at best, I can say I’m not sad.” A gloomy piano and the artist’s raw vocals show how soulful and intense the song is.

“Norman F—— Rockwell!” proves to be a fascinating romp. From entrancing dance tunes to sincere songs, Del Rey knows how to balance different types of vocals and instrumentals. With a total of 14 tracks, listeners can easily find something to love.