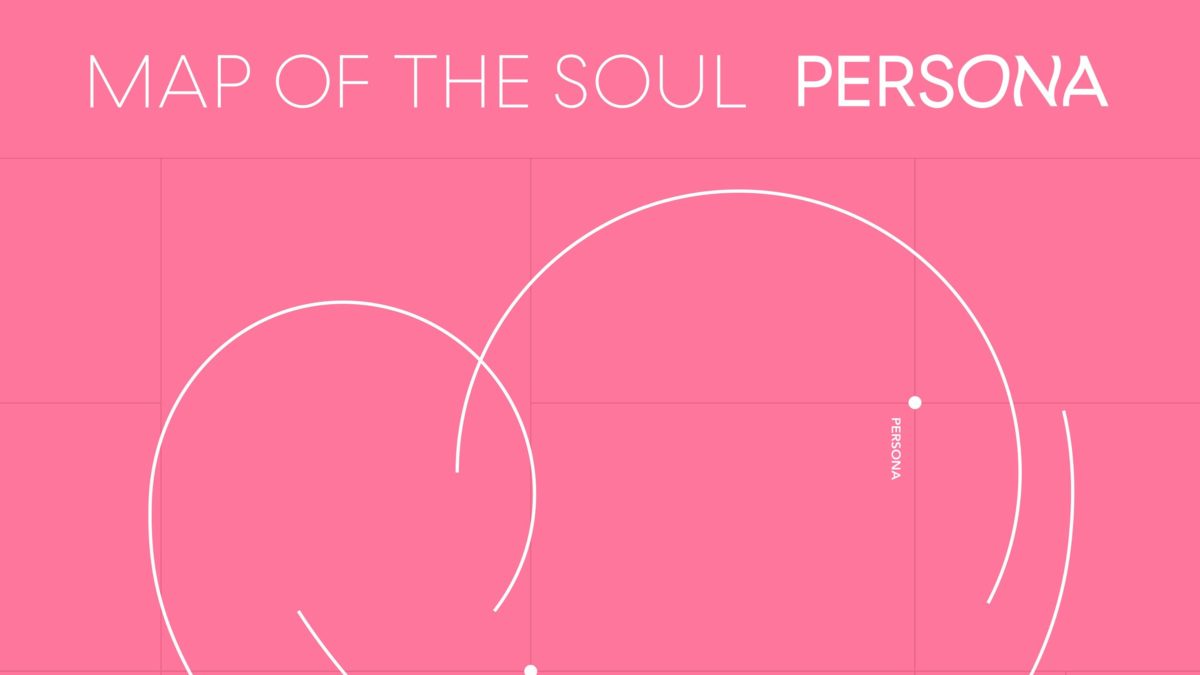 Big Hit Entertainment
BTS, one of the few Korean pop groups to find mainstream success in the United States returns with a highly energetic, engaging album. The lyrics are deep and compelling, offering a range of tangible emotion.
By Alex Hartzog — Staff Writer
Published: April 28, 2019

Map of the Soul: Persona

Seven men run around a deserted, pastel city, dressed to the nines in the brightest colored clothes they have. They dance, waving their knees and kicking without a care in the world. Their movements are powered by the beat of the bass drum and the hum of light vocals. This is the intro to the music video of one of BTS’ newest songs, “Boy With Luv,” in its EP “Map of the Soul: Persona,” an album that, like the “Boy With Luv” video, harbors an upbeat tone and carefree attitude in many of its songs.

BTS is a seven-person K-pop idol group produced by Big Hit Entertainment. The group’s career has been gaining traction, as it has been the first K-pop group to present an award at the Grammy Awards and perform on live television in America.

“Map of the Soul: Persona” is all about identity and what constitutes one’s persona. This is common in BTS’ work, as the group often produces content that tells a deeper story.

“Intro: Persona” starts the album off strong and gets right to the point of the song and the album as a whole. The opening lyrics, which are in Korean, immediately ask the primary question of the album, “Who am I? The question I had my whole life/ The question which I probably won’t find an answer to my whole life.” The rest of the song attempts to answer this question, and the group members gradually come to the realization during the song that they are defined by society, “The ‘me’ that I want myself to be/ The ‘me’ that people want me to be/ The ‘me’ that you love/ And the ‘me’ that I create/ The ‘me’ that’s smiling/ The me that’s sometimes in tears.” The music driving the entire song is fairly basic and feels like a stock beat, but the words on top of everything else help give the song a strong momentum that carries into the rest of the EP. The lyrics make it clear that the album is deep and will offer much more than just run-of-the-mill, lifeless music.

A key song in “Map of the Soul: Persona” is “Boy With Luv,” which features American singer Halsey. K-pop songs with singers outside of the idol group are uncommon. However, Halsey’s involvement is fairly minimal — she is often only providing accompanying vocals to the BTS singers. The song fuses various musical motifs from Halsey’s and BTS’ discographies, sounding distinct from both Halsey’s and BTS’ bodies of work. The beat is distinctly BTS, but the accompanying instrumentation feels just like a Halsey song. The swing beat of the song lends it a carefree summer pop, complete with the rap breaks ever present in newer American summer pop songs. The instrumentation adds to this feeling as the bass chords and drum hits help drive the beat forward. Despite the song being split into both Korean and English lyrics, the lines mix extremely well and blend together naturally.

“Jamais Vu” is about the group feeling dispassionate about its work and experiencing jamais vu, the concept of doing something familiar and not remembering how to do it. The song revolves around the group asking for a cure to this feeling and ends with it deciding that if it tries harder with its music, things will be different. While the beat feels nice, the jumps between the chorus and post–chorus are disjointed, as the song fails to bridge the chord changes, ruining the sound of the vocals at times.

The final song in the EP, “Dionysus,” seems at first glance to be a song about partying and getting drunk. The song has constant references to drinking shots and downing pints, and the song is even named after Dionysus, the Greek god of parties. The whole song is an allegory for working in the rough world that is K-pop. While the members are on the clock nonstop, the song shows that they still enjoy themselves despite the work they have to put in. The lyrics say, “Born as a K-pop idol/ Reborn as an artist … The new record is the fight against oneself, a fight yeah/ Toast to this, one shot/ But I’m still thirsty.” The song is heavy-laden with strong rap beats and choppy lyrics that syncopate with the beat. The music is a nonstop verbal assault telling of the ecstasy the group finds in making its music. The song’s beat is sure to be an ear-worm and the runaway hit of this EP. The song immediately establishes itself with a distinctive opening riff, followed by an equally recognizable back and forth intro. The lyrics, more so than any other song in the album, work with the music to create a sense of an incredibly fast beat, even though the song barely reaches 90 beats per minute.

“Map of the Soul: Persona” is filled with many high points between “Intro: Persona” and “Dionysus,” making the EP fantastic to listen through several times to get the true feelings behind each song. Every song has its own distinct style, with each appealing to different musical preferences, making the EP something for more than just K-pop fans.