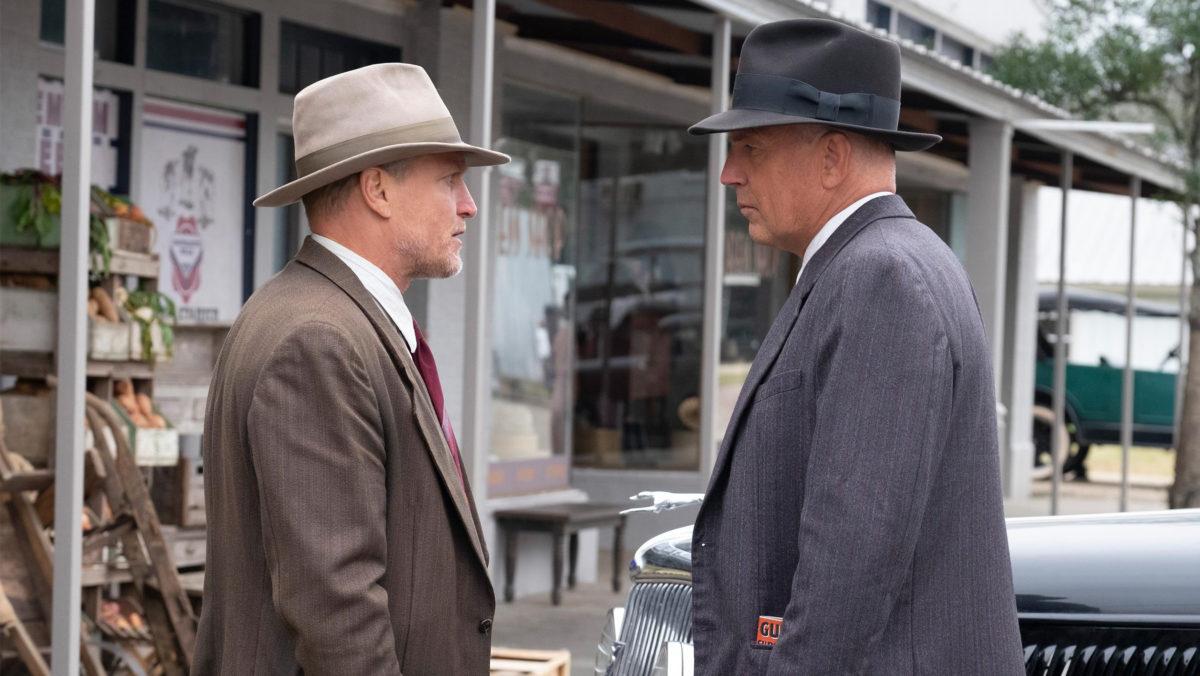 Netflix
"The Highwaymen" tries desperately to take the heart-pounding excitement of classic film "Bonnie and Clyde" but fails to deliver a truly perilous, nail-biting plot. The story drags and it is hard to root for the bland characters on screen.
By Tyler Obropta — Staff writer
Published: April 7, 2019

Few images have been burned into the American consciousness like the young robbers’ violent demise in Arthur Penn’s “Bonnie and Clyde.” Bullets punch through the car into Bonnie and catch Clyde in an agonizing slow-motion free-fall, a haunting, iconic scene that looms over John Lee Hancock’s new Netflix drama, “The Highwaymen.” It’s about the Texas Rangers who riddled Bonnie and Clyde with bullets, and Hancock’s film never leaves the shadow of Penn’s 1967 take on the story.

It’s the height of Bonnie and Clyde’s crime spree, and the Texas Department of Corrections chief (John Carroll Lynch) needs someone reliable to bring them down. So he pulls former Texas Ranger Frank Hamer (Kevin Costner) back into the game for one last job. This running, gunning lawman tale is the kind of movie that Costner, between “The Untouchables” and his new “Yellowstone” series, could do in his sleep. Frank feels bad about leaving his wife (Kim Dickens) to return to his gunslinging ways, but in the machismo world of “The Highwaymen,” the husband’s duty lies away from the homestead in getting his hands dirty and killing outlaws in the name of good ol’ American justice.

Frank’s fellow retired ranger, Maney Gault (Woody Harrelson), also joins the hunt. Together, they’re two washed-up old men eager for another crack at life, hoping to regain the masculinity that age wrestled out of them. Absorbed in the fool’s errand of tracking down and killing the only two people who seem to bring 1930s America any kind of joy, Frank and Maney spend most of their cross-state manhunt soul-searching. It all builds up to a riff on that momentous roadside murder, which looms, sword of Damocles–style, over the entire story.

Harrelson, less devious and more wily than he was in “True Detective,” lures as much heart as he can out of a moribund script. He’s the good cop of the pair, whereas Frank mostly just grumbles until he has to point a revolver in someone’s face. With a better, livelier screenplay, “The Highwaymen” might feel like the “Rosencrantz and Guildenstern” of the “Bonnie and Clyde” story, but the film is only concerned with Frank and Maney’s moral posturing, throwing in a dash of violence here and there to keep viewers from tuning into “Tidying Up with Marie Kondo” instead.

This doesn’t stop “The Highwaymen” from twiddling its thumbs. Frank and Maney don’t even meet until 28 minutes into the movie. Scenes drag on mercilessly, especially the tedious opening. It’s a bleak, utterly charmless sequence set on a Texas prison farm, where Bonnie and Clyde stage a prison break to free some friends. Cinematographer John Schwartzman’s crisp, beautiful work is cut into a flashbang scene, each shot zipping by before it can build suspense or leave an impression.

Generally, the film lacks the patience of the 1967 version. Despite having a less interesting story, “The Highwaymen” runs 20 minutes longer. As if to keep one from noticing, the cuts come bewilderingly fast, especially in a car chase set in a dusty field where it feels as though even the editor didn’t know which car was doing what.

There’s little excitement to be found in “The Highwaymen” and hardly any chemistry between Costner and Harrelson, save for a “Notebook”-style heart–to–heart they share in the rain. Besides work, the men have no passions or desires, and whenever they’re not bantering, they’re reliving their traumatic days as Texas Rangers. Even then, they’re better off than Bonnie and Clyde, who have so little personality that they might as well be gun-wielding sacks of flour.

The violence is also neutered, and oddly clean. Even today, Bonnie and Clyde are romanticized nonconformist folk heroes, with most ignoring the small businesses they robbed and the bodies they left behind. In the film, the public loves them — Maney can’t get a clear shot in because throngs of adoring fans rush Bonnie and Clyde’s car as soon as they get into town.

But this movie needs the audience to root for their eventual killers, so where’s the menace of Bonnie and Clyde? When the duo guns down police officers on the road, the murders are either shown in sterile, spacious wides, or the film cuts away just before Bonnie delivers the kill shot. The outlaws hold no threat, so the audience has no reason to cheer on the stoic lawmen. For all we know, “The Highwaymen” is about the brave bandits who galvanize the poor huddled Hooverville masses and evade the armed-to-the-teeth sexless Puritans who try to stop them.