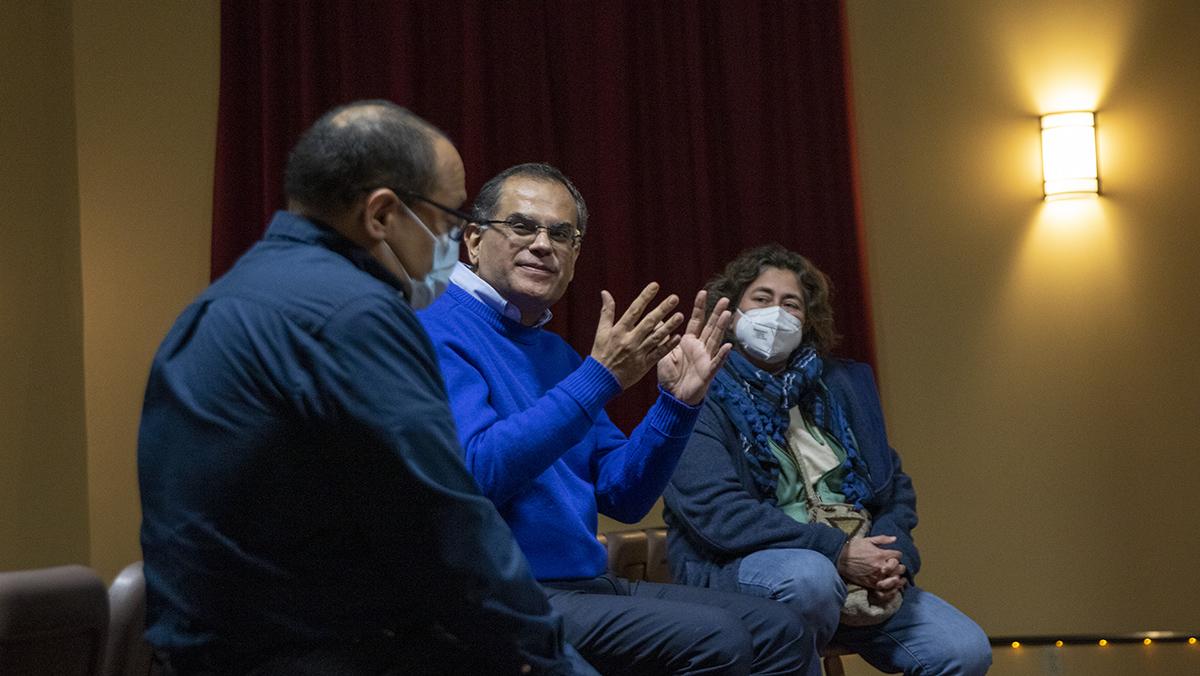 An in-person screening of the documentary “The Unmaking of a College” was held March 27 at Cinemapolis. The documentary covers Hampshire College students’ successful protest to ensure their college stays independent. Professors discussed how the documentary connects to issues seen in higher education across the nation as well as at Ithaca College.

The Finger Lakes Environmental Film Festival and the Park Center for Independent Media hosted the screening as well as a talk-back afterward. The documentary explores the 2019 crisis at Hampshire College — a private, liberal arts college in Massachusetts — that occurred after Miriam Nelson became president and created a controversial plan that she said would help the college survive financially. This plan included partnering with another college, not admitting a full 2019 freshman class and cutting faculty and staff.

In order to stop the changes, students held a 75 day sit-in, which became the longest in American college history. The documentary is told through student-shot footage and interviews of alumni, staff and students. The president eventually resigned from the college and the college remained independent.

Hampshire College opened in 1970 as an experiment for alternate education because it has no majors or departments. Students work closely with their faculty to create a personalized independent study full of hands-on experience.

Salman Hameed, associate professor of integrated science and humanities at Hampshire College, said he had no idea the announcement was happening and that even the academic deans did not know Nelson was going to enact this change within the college.

“Being in there was like the middle of a storm,” Hameed said. “The way the announcement was made, it was to maximize the shock. It came out of nowhere. … So I can pretty much safely say that this was one of the most stressful times in my life.”

Patricia Rodriguez, associate professor and chair of the Department of Politics at Ithaca College, said she wished more people would have seen the film because it relates to the changes the college has faced within the past few years, like the Academic Program Prioritization (APP).

In Fall 2020, Ithaca College introduced the APP. The final recommendations of the APP included the recommendation to cut 116 full-time equivalent faculty positions and 26 departments, programs and majors.

“I think that it speaks so much to the uncertainty that we’re all facing in higher ed in general, but also, in terms of small liberal arts colleges and for us [Ithaca College], it’s kind of personal, right?” Rodriguez said.

The Hampshire College sit-ins gained exposure from many news outlets, including “The New York Times” and “The Washington Post,” not only because of the rarity of the situation but because many people saw that this was the fate of other small liberal arts colleges.

Rodriguez said the documentary exposed that many higher education institutions are not as transparent as they say they are.

“I think one of the things that we realize is how much secrecy there is behind the decision–making processes,” Rodriguez said. “How much we do not know, how much untruths there are about what the real intentions are or the real reasons for which these administrators are hired and what goes behind them. So that’s part of the really big frustration, as well as … the fact that as faculty members and as staff members, we really don’t have much decision–making participation at all.”

Senior Julien Sobel said during his time at the college, he has witnessed groups like Students for Labor Action, a group that fights for labor action, and Open the Books coalition, a campus community group that was formed to demand the college make its financial information public, dwindle.

“What do you think has created this atmosphere that’s made students willing to take such an investment, such a personal stake in their school and make them willing to basically do a sit-in for more than 70 days?” Sobel said.

Similar to the way that community concerns arose during Hampshire College’s changes, Ithaca College community members shared their concerns. The Open the Books coalition and IC Alumni Against Austerity were two groups active in protesting the APP.

In December 2020, the Open the Books coalition held an event called “Layoffs Are Not Inevitable!: Learning from Hampshire College,” where it discussed how to push for financial transparency and shared governance to stop the elimination of Ithaca College faculty members, as previously reported by The Ithacan.

Carlos Figueroa, associate professor and legal studies coordinator in the Department of Politics at Ithaca College, said one of the greatest issues the college faces when it tries to organize protests or other activism work is that the different schools within the college begin to compete with each other.

The college is made up of five schools: the School of Business, Roy H. Park School of Communications, School of Health Sciences and Human Performance, School of Humanities and Sciences, and School of Music.

“People get divided based on their own group … as opposed to ‘Let’s focus on it’ [one common issue],” Figueroa said. “One issue that we can focus on is shared governance across the board, which is what brought people together [in the Hampshire College movement], and that is a starting point that is missing here at IC.”

Raza Rumi, director for the Park Center for Independent Media, moderated the event and said too much siloization has taken place at the college.

“At the broad macro level, there hasn’t been a concerted intellectual effort to redefine what the purpose of this college is — how is it different from other smaller colleges in the area to begin with?” Rumi said. “That’s one of the reasons that perhaps there’s this logjam that whatever is happening at the top is also a result of what’s happening internally at the college.”